A former paratrooper threw himself of a helicopter from 131ft into the sea without a parachute today setting a new world record in the process.

John ‘The Flying Fish’ Bream plummeted into the waters of the Solent, reaching speeds of 75mph, as part of his daring stunt to raise awareness of veteran suicide.

The father-of-three spent 18 months training for the stunt as even getting it slightly wrong could have left him seriously injured or even dead.

Today he set the new world record for the highest freefall into water from an aircraft and the record for jumping into British waters, after he organised the event off Hayling Island, near Portsmouth, to raise awareness of suicide in veterans. 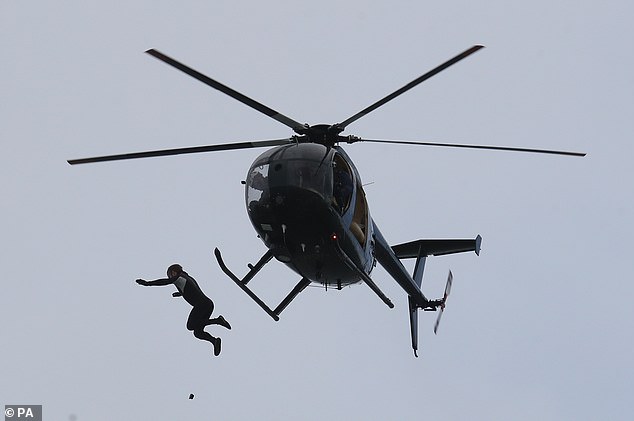 John ‘The Flying Fish’ Bream, jumped out of a helicopter hovering at 131ft without a parachute and plunged into the Solent this morning 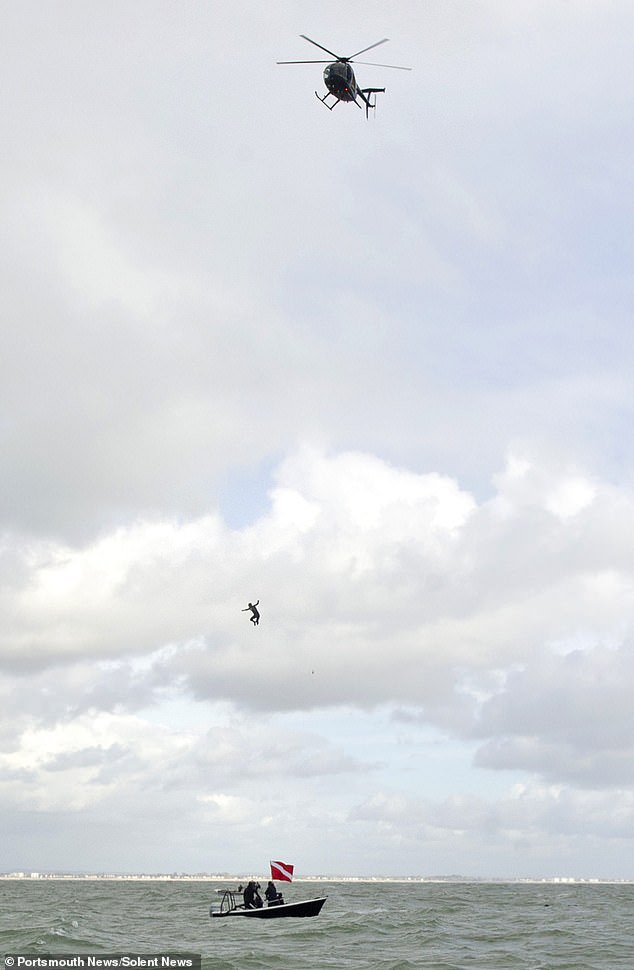 The former paratrooper, who has served in Iraq, Aghanistan and Northern Ireland, trained for 18 months as the stunt could have left him seriously injured, or dead

The dangerous stunt could have resulted in severe injury or even death, as Mr Bream explained if the technique is wrong ‘the water can absolutely rip you in half’.

The 34-year-old’s children say he is the talk of their school and that they call him the ‘modern day Evel Knievel’.

Mr Bream, from Bedhampton in Hampshire said: ‘It feels so amazing to have finally done it, I’m so happy.

‘I’m so pleased to have got this smashed and hopefully I’ve made people smile and laugh a little.’ 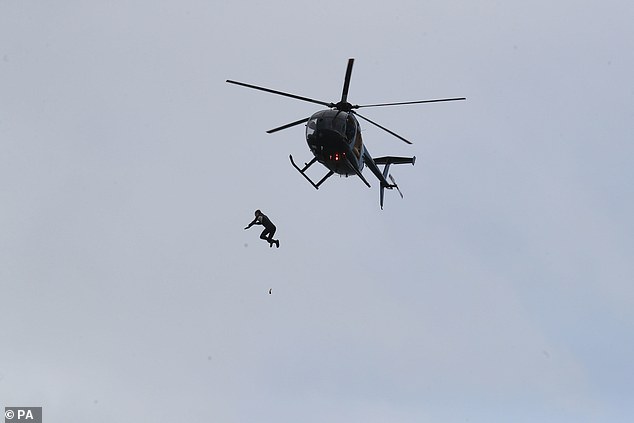 The father-of-three took on the challenge to raise money for All Call Signs and Support Our Paras, two charities dedicated to helping veterans struggling with their mental health 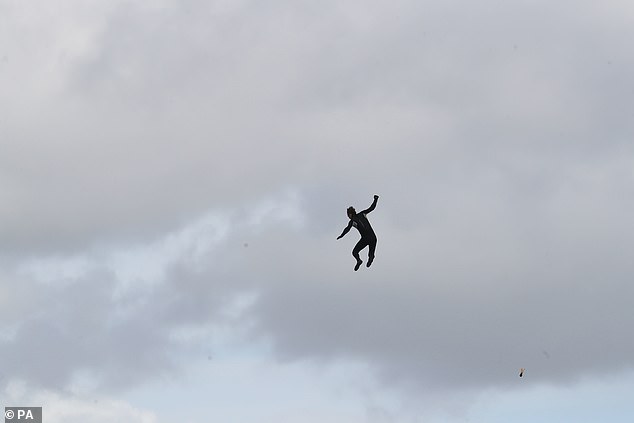 Daredevil Mr Bream, 34, said he would have broken his neck had he not landed in the water feet first 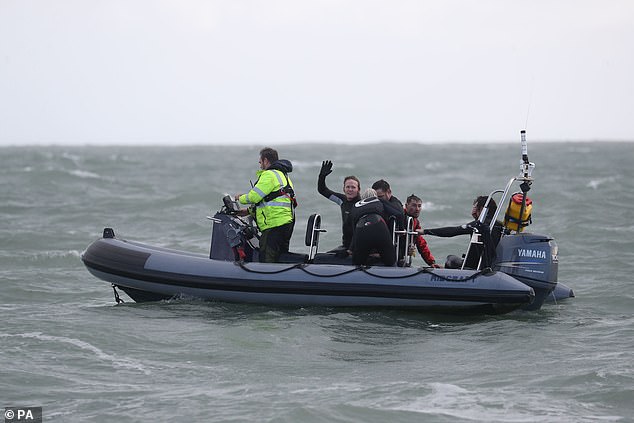 Having completed the stunt off Hayling Island, near Portsmouth, Mr Bream had set a new world record for the highest freefall into water from an aircraft and the record for jumping into British waters

Mr Bream – who served tours in Iraq, Afghanistan and Northern Ireland and is experienced in leaping from aircrafts – took on the challenge to raise money for All Call Signs and Support Our Paras, two charities dedicated to helping veterans struggling with their mental health.

He said ‘we need to do everything we can to prevent veterans committing suicide’.

Mr Bream broke his jump into three stages – the take off, flight, and landing. If he failed to get his entry into water correct it could have been fatal.

Explaining his technique, he said: ‘It had to be feet-first, you would break your neck with anything else. 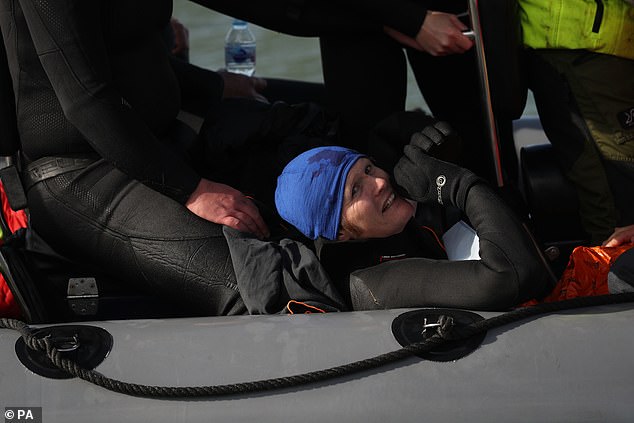 Mr Bream’s stunt has earned him the nickname the ‘modern day Evel Knievel,’ among his children’s classmates 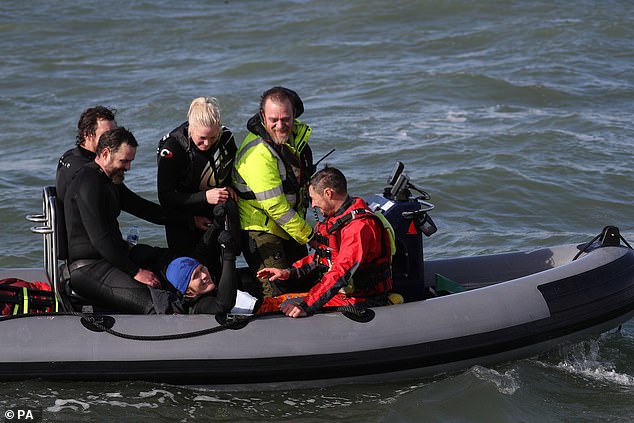 Help was on hand to pick Mr Bream, who shares his name with a fish, from the waters of the Solent earlier on today

‘It has to be a feet-first take off but then opened my arms out and hunched over to try to slow myself down as much as possible and then as I got near the water I quickly tuck myself into a pencil position.

‘If my arms were out when I landed then they would break.

‘The water can absolutely rip you in half – a belly flop would probably be death. 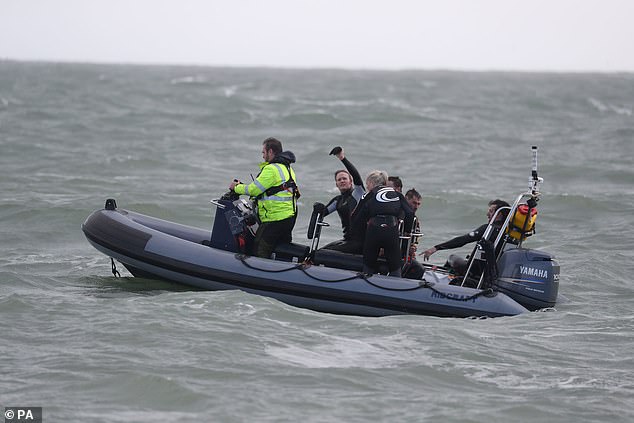 Despite reaching speeds of up to 75mph as plunged into the waters, Mr Bream said he did not need to wear a protective box for the stunt 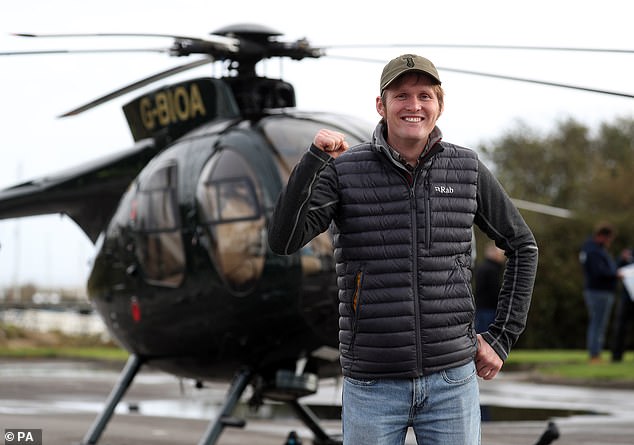 He also said: ‘You know when you trip up on the pavement? The reality is that you slip and hit the ground pretty quickly, but in your mind you trip and all of these thoughts go through your mind and everything slows down.

‘This is a bit like that, everything slows right down when you’re in the moment.’

Mr Bream added that it wasn’t necessary to wear a box around his private parts for protection.

He said the previous record for diving into British waters was 122ft and the 40ft record for freefalling into water from an aircraft was held by SAS Who Dares Wins star Ant Middleton.

Mr Bream now hopes to replicate the stunt but from 200ft to beat the current 192ft world record for freefalling into water.