‘It was absolute hell’: Ex-girlfriend of Zac Stacy says she is terrified former NFL star will come after her as he is released on $10K bond after shocking beating video went public

As Zac Stacy was released from a Florida jail Saturday on $10,000 bond, his ex-girlfriend said she’s terrified the disgraced former NFL star – who was captured on video brutally beating her – will attack again.

In the video posted Thursday, Stacy, 30, is seen tossing the 32-year-old woman into a TV and their son’s bouncy seat as she begged him to stop while their baby watched from the couch.

Stacy was arrested for aggravated battery late Thursday but freed less than 48 hours later, carrying a Louis Vuitton toiletry bag and appearing solemn as he walked alongside an unidentified woman. 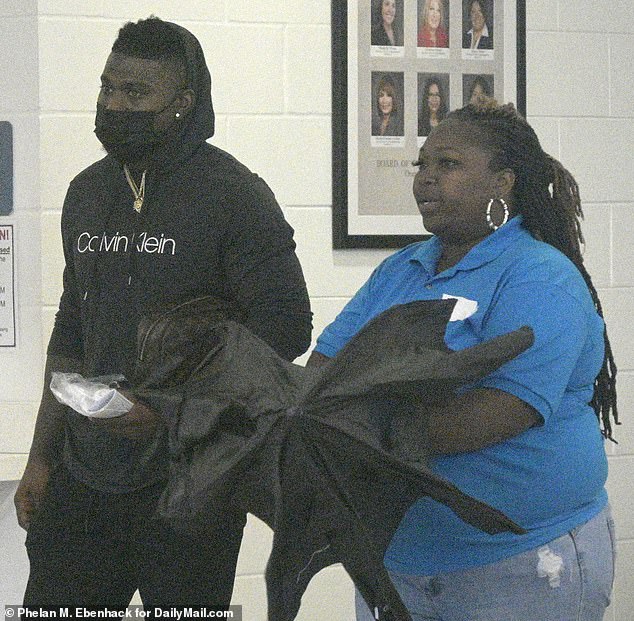 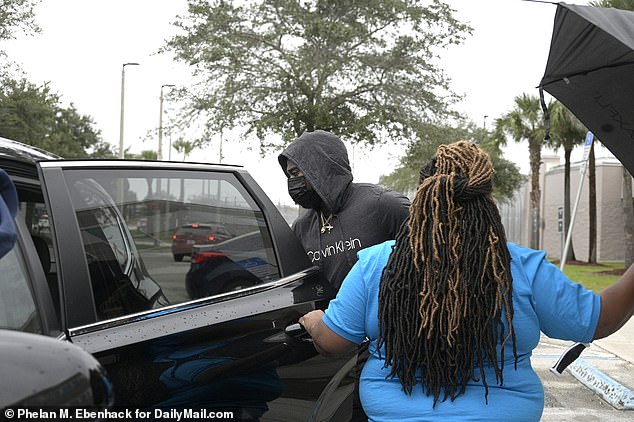 An unidentified woman attempted to shield Stacy with an umbrella after he was released on $10,000 bond

Evans said she cried while watching a court livestream of her ex bonding out of jail.

‘I never did anything to deserve something like this,’ she told NBC affiliate WESH 2.

‘No one could do anything to deserve something like this.’ 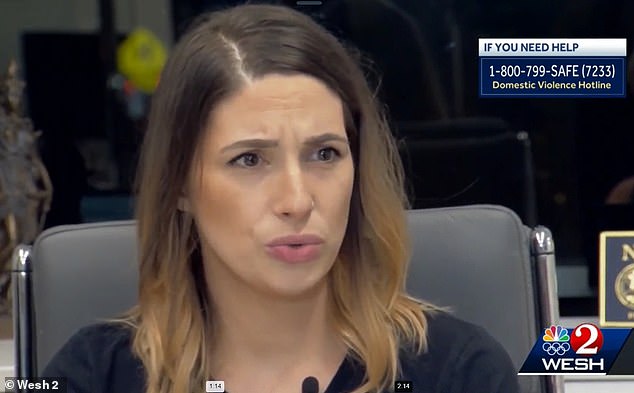 Shocking home surveillance footage showed the athlete attacking former flame Kristin Evans, who said he began abusing her in May when she was pregnant with their first child 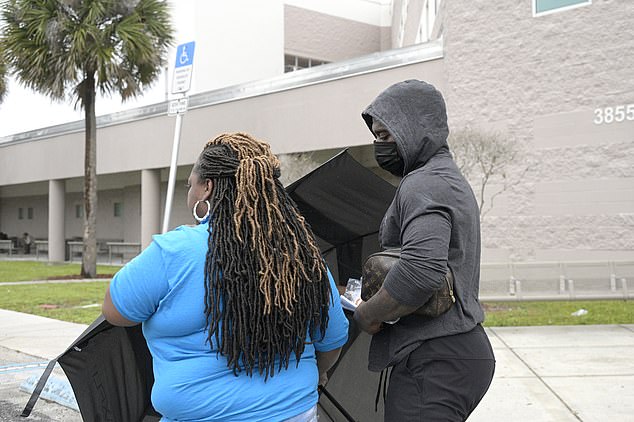 Evans told the outlet that she had been abused by Stacy since May, when she was pregnant.

‘I wanted my son’s dad to be there for me and for the birth of his first child,’ she said. ‘I forgave him.’

She said it was overwhelming to think back at the abuse she suffered at the hands of a man she once loved.

‘He has bullied me for so long and put me in a mental state where at one point I believed it was my fault,’ she said. 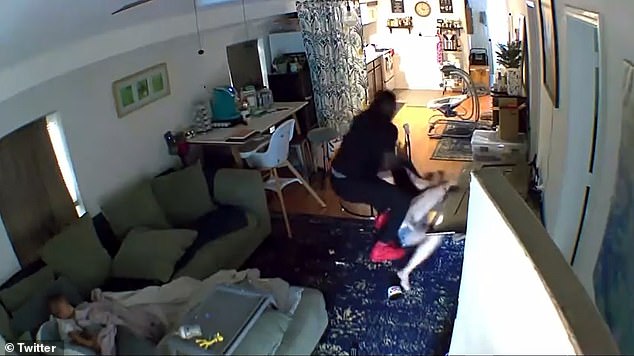 ‘It was absolute hell and I know there are women out there that have gone through worse. To feel what I felt, I can’t imagine what it would feel like for it to be worse.’

Evans claimed in a restraining order filed on Monday that Stacy’s attacks were escalating and that ‘he will kill me.’

Photos from an alleged incident in August show cuts and bruises all over her body after what she says was an argument over rent money. 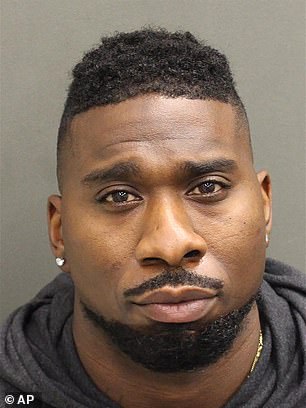 ‘He physically assaulted me several times because he wanted the money back he gave me for our rent,’ she wrote in the restraining order application.

‘He punched my legs, slapped me, picked me up by my arms, and threw me into my window, which broke. I had glass in my feet that I removed myself,’ Evans continued.

She also claims that she was slapped across the face in September.

In the document, Evans writes: ‘[Stacy] has escalated violence since May while I was pregnant. He also assaulted me just weeks before our son was born. He will not stop. He will kill me and he feels justified in his actions.’

Her lawyer, Thomas Feiter, said he was stunned a judge let him out despite the graphic nature of the home surveillance footage.

‘That just doesn’t’ seem right especially given the fact the judge saw the video – he saw the horrific video of blatant, egregious domestic violence committed on our client,’ he told WESH 2.

Stacy played college football at Vanderbilt before he was a fifth-round pick for the St. Louis Rams during the 2013 NFL draft.

He was traded to the New York Jets in 2015 and later played for the Saskatchewan Roughriders and Memphis Express.

Etiquette for dealing with an emotionally wounded person.. “Don’t ask about details”