Richard Freeman is set to face questions over ‘topping up’ a rider’s testosterone levels and the medical records of a Tour de France winner at his fit-to-practise tribunal.

On a dramatic day in Manchester, concerns were also expressed over the strain on the former Team Sky and British Cycling doctor after he attempted to take a laptop which may contain details relevant to the case out of the building.

Freeman, who admits ordering banned testosterone in May 2011 but denies he did so knowing or believing it was to improve the performance of an athlete, is being cross-examined by Simon Jackson QC, on behalf of the General Medical Council (GMC), which brought the case. 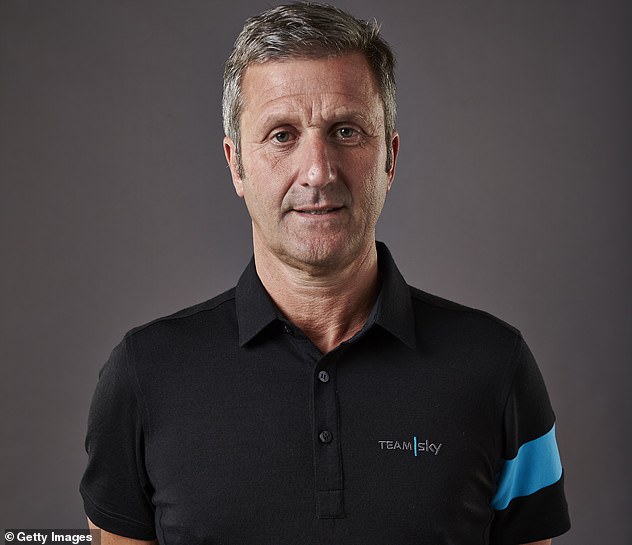 Richard Freeman, former doctor for Team Sky (pictured) and British Cycling, is preparing to face questions at his tribunal on whether he gave a rider ‘some sort of testosterone top up’

Freeman is to be given his old laptop — the fourth which has featured in the hearing — to enable him to fully answer questions over the coming days.

And when the 60-year-old asked why he needed the Apple device, his barrister, Mary O’Rourke QC, told him it was because he was likely to be asked about the ‘records for a rider whose level jumped’, a ‘suggestion they had some sort of infusion or some sort of testosterone top up’ and also ‘concerns over a Tour de France winner’.

It is not known whether these issues are linked. The situation, however, developed into farce when it emerged that the computer’s charger would not work and that there had been something of a scene during the lunchtime break.

‘I came down to room 4.7 at lunchtime and there were three lawyers sat down saying they have wiggled the lead (charger) and it won’t go on. I tried and it wouldn’t go on.’

Arguing that her client should not be asked to continue and that the day’s proceedings should be brought to a premature conclusion, O’Rourke said she had ‘concerns with his performance’ during the morning session.

‘There was an incident where he tried to take that laptop, put it in his own bag and walk away with it,’ she added. ‘Simon Eastwood (defence team) had to intervene. He came in and said he should not give any more evidence today. I am worried about him.’ 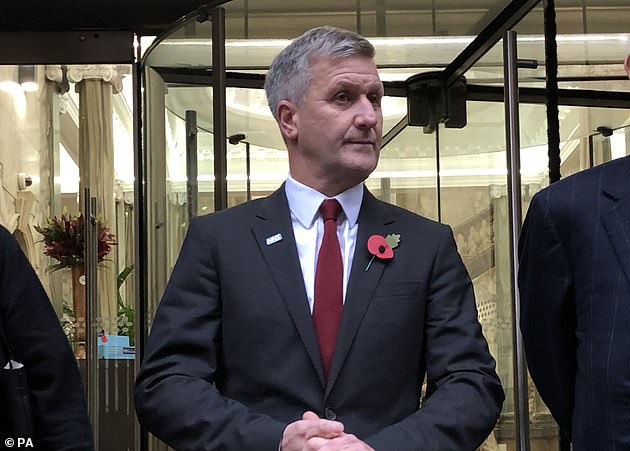 Mr Eastwood added: ‘I am convinced that it is in Dr Freeman’s best interest not to answer any questions this afternoon because of what I witnessed.’

But Freeman appeared to want to continue, saying: ‘I didn’t snatch the bag. I put it in the travelling case it came in because I was frustrated. I was going to take it away and charge it.’ Despite the fact that another, working lead had been found, the panel agreed the hearing should end early.

The morning session heard details of a Spain-based Team Sky bus driver named ‘Crespo’ who owned his own ambulance, and there was argument over whether the death of a staff member who contracted a bacterial infection at the 2010 Vuelta a Espana had led to the departure of medic David Hulse.

Doctor Hulse, who has assisted the GMC, left Team Sky after raising concerns that new protocols on the use of intravenous recovery and hydration drawn up by Freeman could lead to breaches of World Anti-Doping rules.

Mohammad Ikram – the snooker champion in Pakistan who plays without arms

Mohammad Ikram - the snooker champion in Pakistan who plays without arms