Former US soccer team goaltender Hope Solo was arrested for allegedly driving while intoxicated and resisting arrest in North Carolina, and police say her two-year-old twins were in the vehicle when she was pulled over.

The two-time Olympic gold medalist and World Cup winner was arrested in a Walmart parking lot in Winston-Salem before being processed at Forsyth County jail, according to TMZ.

Winston-Salem police did not immediately respond to DailyMail.com’s request for comment.

Solo’s attorney, Rich Nichols, gave a statement to TMZ about her arrest: ‘On the advice of counsel, Hope can’t speak about this situation, but she wants everyone to know that her kids are her life, that she was released immediately and is now at home with her family, that the story is more sympathetic than the initial charges suggest, and that she looks forward to her opportunity to defend these charges.’ 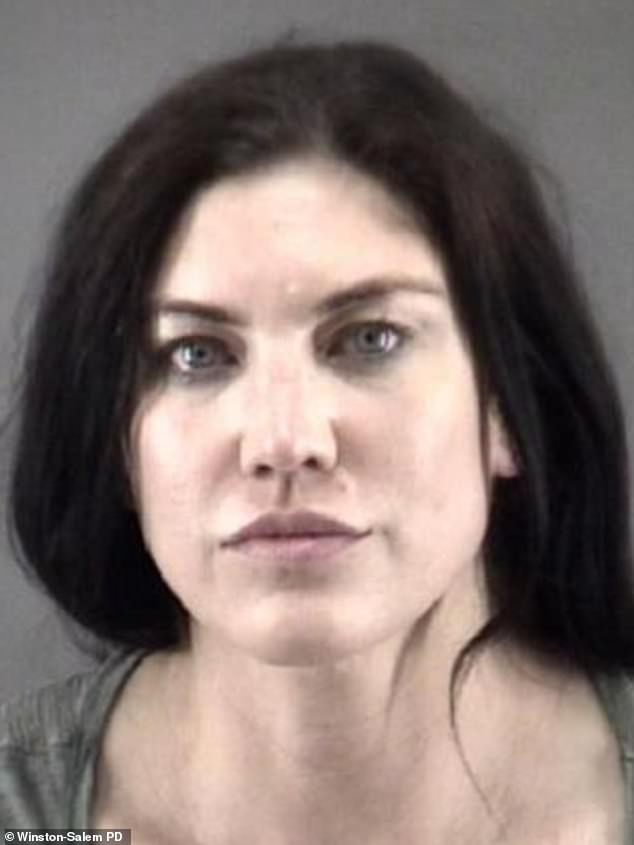 Former US soccer team goaltender Hope Solo was arrested for driving while intoxicated and resisting arrest in North Carolina , and police say her two children were in the vehicle when she was pulled over 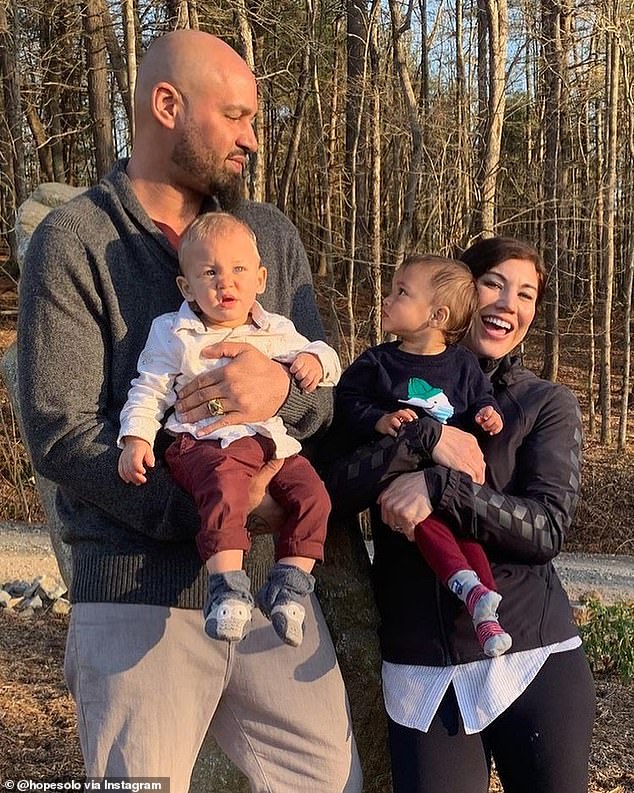 Solo is married to former Seattle Seahawks tight end Jerramy Stevens (left). She gave birth to the couple’s twins in 2020 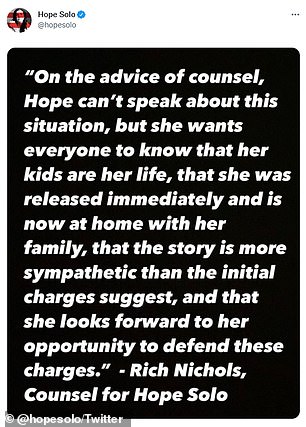 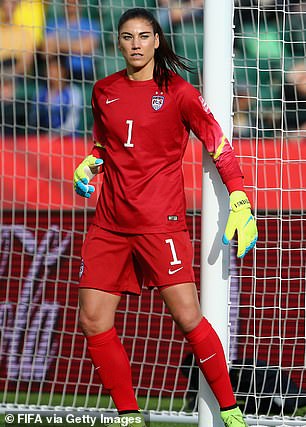 Hope Solo has been released from jail, but has not publicly addressed Thursday’s DWI arrest

She has several previous arrests, including a 2014 incident in which she allegedly had a physical confrontation with her nephew. However, those charges were ultimately dismissed due to a lack of cooperation from the boy, a 17-year-old standing 6-foot-9, and his mother, Solo’s half sister.

Solo married former Seattle Seahawks tight end Jerramy Stevens in 2012. He was arrested just before their wedding for investigation of assault after a disturbance involving Solo, but he was not charged.

Solo got a public warning from the US Anti-Doping Agency in 2012 after she tested positive for the banned substance Canrenone in a urine test.

Solo still played for the US Olympic team that year, winning gold in London.

‘I took a medication prescribed by my personal doctor for pre-menstrual purposes that I did not know contained a diuretic,’ Solo said in a statement in 2012. ‘Once informed of this fact, I immediately cooperated with USADA and shared with them everything they needed to properly conclude that I made an honest mistake, and that the medication did not enhance my performance in any way.’

Canrenone is classified as a specified substance, so its presence in an athlete’s sample can result in a reduced sanction.

‘As someone who believes in clean sport, I am glad to have worked with USADA to resolve this matter and I look forward to representing my country at the 2012 Olympic Games in London,’ she said.

In 2014, Solo was arrested at a suburban Seattle home on suspicion of assaulting her sister and 17-year-old nephew, but her attorney insisted that Solo herself was a victim in the altercation.

‘Hope is not guilty of any crime,’ attorney Todd Maybrown told the Associated Press at the time. ‘In fact, our investigation reveals that Hope was assaulted and injured during this unfortunate incident. We look forward to the opportunity to present the true facts in court and to having this matter behind Hope very soon.’

Officers responded to her sister’s home just before 1am on June 21, 2014 after receiving a call to the emergency dispatcher that a woman at the Kirkland residence was hitting people and that she refused to stop or leave, according to police.

They found Solo intoxicated and upset, saw injuries on her nephew and her sister, and arrested her after speaking with those present and determining that she was the primary aggressor.

In early 2015 while Solo was at a team training camp in Southern California, Stevens was arrested on suspicion of driving under the influence in a US Soccer team van. Solo was with him at the time.

The former Seattle Seahawks tight end later pleaded no contest and was sentenced to 30 days in jail and four years on probation. Solo was suspended by US Soccer for 30 days.

Solo was suspended for six months by the USSF in 2016 and her contract terminated after she called Sweden ‘a bunch of cowards’ following that nation’s quarterfinal win over the Americans. Solo filed a grievance that was settled.

NBA: Journalism in the first person, this is going to the sources