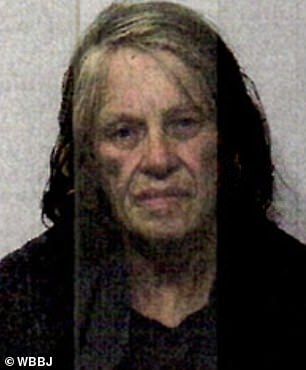 The ex-wife of Martin Luther King Jr’s assassin is facing dozens of counts of animal cruelty after authorities discovered an array of animals starving, living in cages and soaked in their own waste in her Tennessee home.

Authorities in Jackson made the startling discovery on Monday while performing a welfare check at the home of 74-year-old Anna Sandhu Ray, the ex-wife of assassin James Earl Ray.

Authorities found three times the amount of animals they were expecting when they entered the filthy home completely covered in feces and garbage, that was clearly in violation of multiple state and local safety and animal cruelty codes.

Police found puppies and newborn litters loose inside the house roaming the floors that were piled thick with animal feces, full of debris, and soaked in urine, Animal Rescue Corps, a national animal protection nonprofit that specializes in large-scale animal cruelty cases, said in a statement.

Authorities found at least three dead dogs in the home which had a powerful stench that could be smelled from outside of the home due to the ‘dangerously high levels’ of ammonia gas from animal waste, Animal Rescue Corps said. 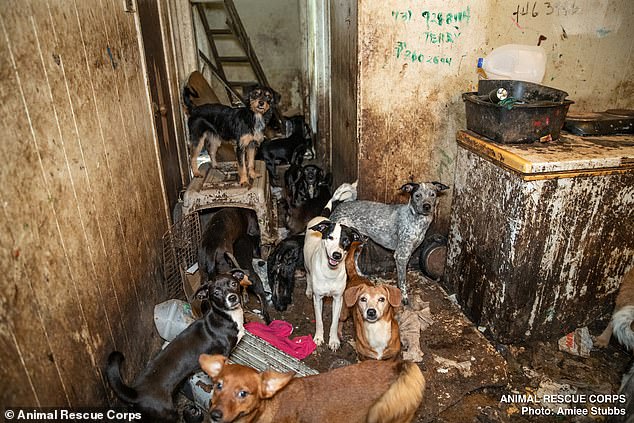 In total, authorities saved 44 dogs, who did not have access to water or food, from Ray’s home 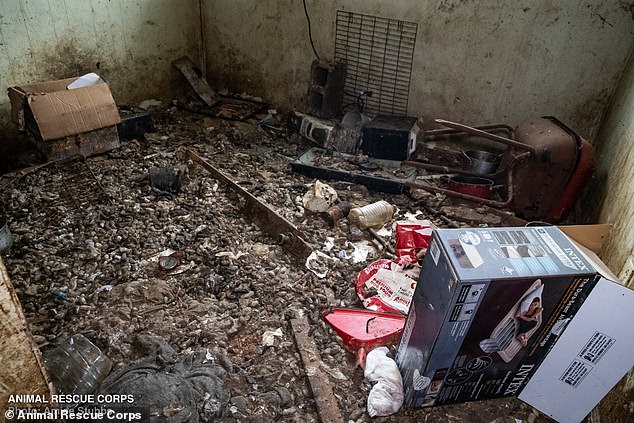 Photos of the home released by Animal Rescue Corps show a home in complete disarray, with walls smeared with filth, floors covered in so much muck its is not visible 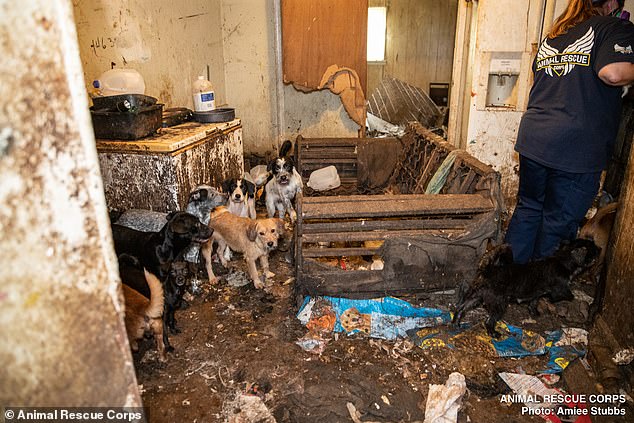 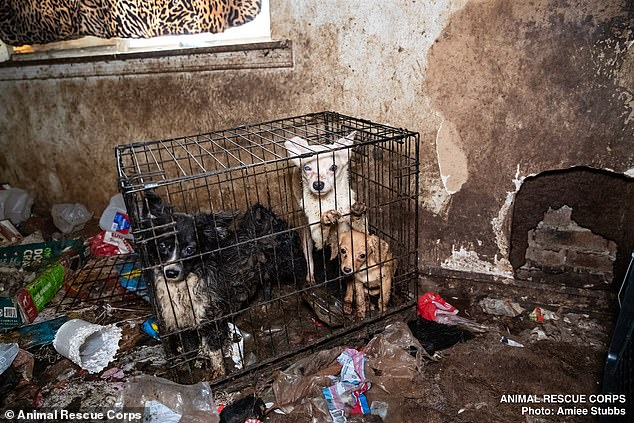 Caged dogs found in Ray’s home, which was in violation of multiple state and local safety and animal cruelty codes

Authorities reached out to Animal Rescue Corps and their team arrived on the scene to help the animals.

Photos of the home released by Animal Rescue Corps show a home in complete disarray, with walls smeared with filth, floors covered in so much muck its is not visible and puppies packed into cages full of waste.

Animal Rescue Corps said none of the dogs had access to food or water and Ray was arrested and taken to jail for booking.

‘The conditions on this property are some of the worst we’ve seen. It’s absolutely horrible.’ Amy Haverstick, Animal Rescue Corps Director of Operations, said. ‘These poor animals have endured extreme suffering.’

The animals were transported to Animal Rescue Corp’s Rescue Operation Center where they are set to receive thorough veterinary exams, appropriate vaccinations, and any necessary medical treatment until they are fit to be taken to shelters where they can be adopted.

Ray has a history of animal neglect, including a 1996 arrest after authorities found 25 live animals and several dead ones in her Knoxville home, the Los Angeles Times reported.

She appeared in court on Tuesday over video and claimed she looked after her pets.

‘I took care of my babies,’ Ray told Judge Anderson. ‘I laid on the back bedroom floor. They laid all around me, and we slept together. I didn’t catch anything. I don’t have anything.’ 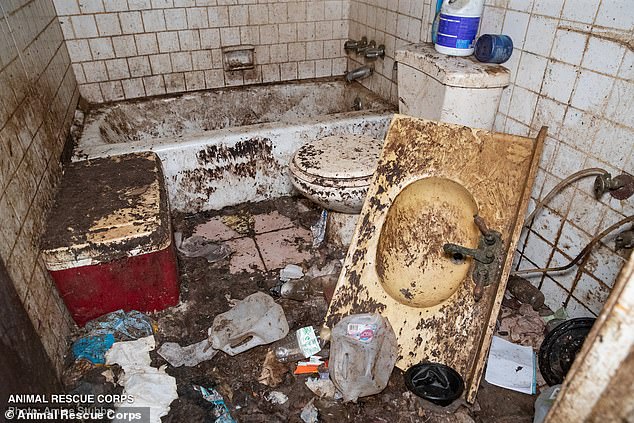 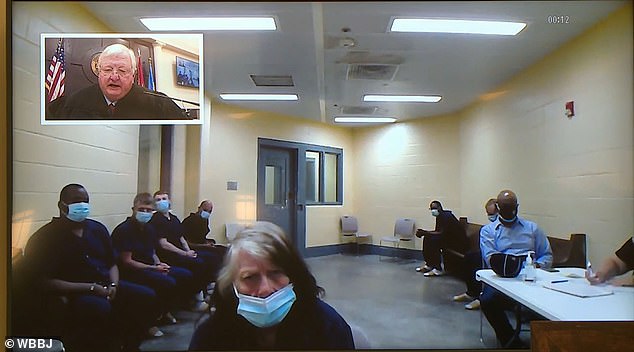 Anna Sandhu Ray appears before a judge who set her bail for $5,000 and sent her to be mentally evaluated 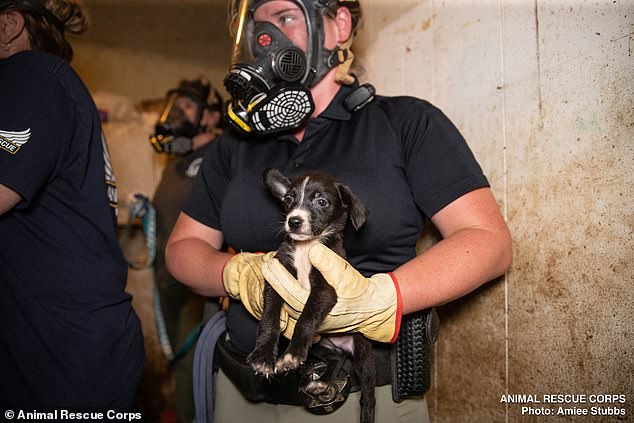 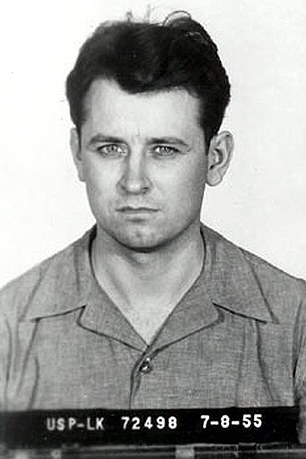 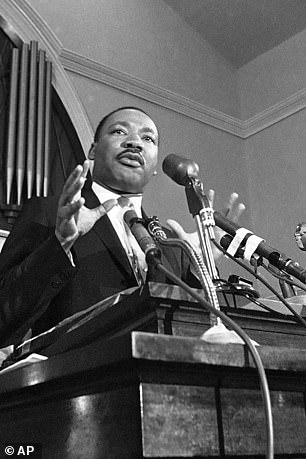 Judge Anderson said he told her three weeks prior at a previous court hearing to remove the dogs from the home, WBBJ TV reported.

‘Nobody told me,’ Ray told Anderson. ‘If I was in court, it may be because I can’t hear a damn thing.’

Anderson asked Ray about her ex-husband James Earl Ray, a small-time criminal who assassinated the iconic civil rights leader in April 1968 in Memphis.

The pair were married 10 years into Ray’s 99-year sentence for assassinating King and divorced in 1993 after 15 years of marriage.

Ray died in prison in 1998 of natural causes.

‘Your husband, is he still living?’ Anderson inquired.

‘James Earl Ray? The killer? He died some time ago,’ Ray replied. ‘And he’s my ex-husband.’

Ray’s bond was set for $5,000 and she was charged with 44 counts of animal abuse and ordered to undergo a mental evaluation, WBBJ reported.