Exeter Chiefs completed a momentous double when they beat Wasps 19-13 in a rain-lashed arm-wrestle of a Premiership final in a near-empty Twickenham on Saturday a week after winning the European Champions Cup.

In appalling conditions of relentless rain and swirling wind where the only noise in the 82,000-capacity ground came from the hyper-vocal squad members of both teams, Exeter led 13-10 at halftime on the back of a Henry Slade try against Jacob Umaga’s similar individual score for Wasps. 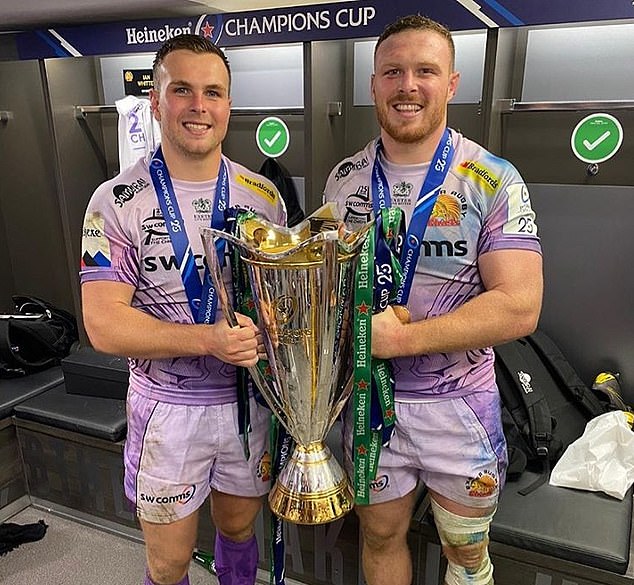 A Jimmy Gopperth penalty made 13-13 going into a tense last 20 minutes. However, Exeter gradually took control, edged ahead with Joe Simmonds’ third penalty and, after surviving a late scare, settled it with the 23-year-old captain’s fourth in the final minute.

Exeter join Saracens, Wasps and Leicester as the fourth English team to complete the double.