‘They have hardly picked up anything right the way through, then at the business end of the season they’ve had a little outbreak’: Exeter boss Rob Baxter sympathises with ‘unlucky’ Premiership final opponents Wasps

Wasps breathed a sigh of relief on Wednesday as they were given the green light to compete in the Premiership final against Exeter by managing to contain their Covid-19 outbreak.

The club had 11 cases across players and staff – although two were said to be ‘false positives’ – and one more would have seen them forfeit a place in the final.

But having received fresh test results at 3am Wasps confirmed they were clear and could take their ‘rightful place’ at Twickenham on Saturday, although coach Lee Blackett’s selection may now need to be tweaked. 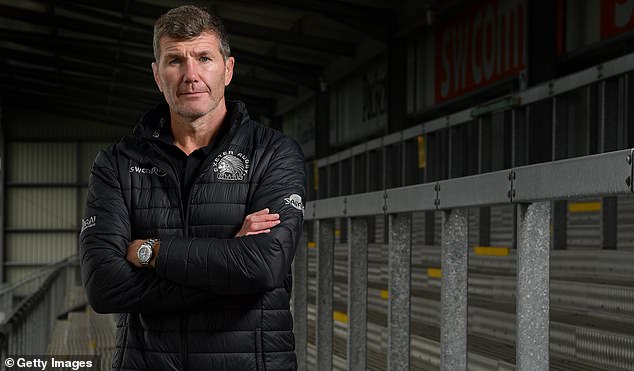 Exeter Chiefs boss Rob Baxter said: ‘It’s obviously good news. We had the all-clear as well, which is fantastic.

‘Wasps will deem themselves very unlucky. They are one of the teams that have hardly picked up anything right the way through, then at the business end of the season they’ve had one little outbreak.’

If Wasps had been ruled out Bristol, who they thrashed 47-24 in the play-offs, would have played Exeter.

And while that would have been an unsatisfactory conclusion to the season, Baxter said the clubs need the money from staging big games. 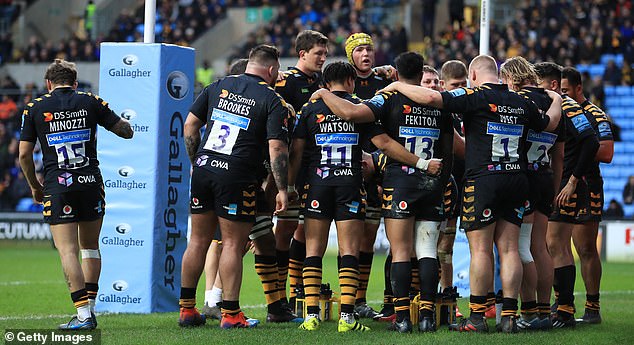 ‘It would have felt weird but rugby clubs can’t afford to not to stage games and not to have television revenue,’ he said.

‘I’m terrified of having to cancel a game myself. Once it gets into the community here we could be one of the most affected clubs because we haven’t had it.’

The knock-on effect meant that Eddie Jones was able to call-up Bristol’s Kyle Sinckler, Ben Earl and, for the first time, Max Malins for Sunday’s England versus Barbarians game. George Ford is out with an achilles problem, though. 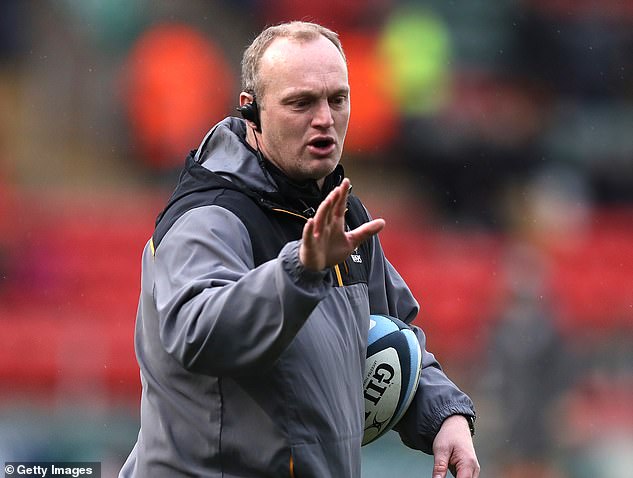 Meanwhile, the Premiership clubs are once again at war with the Lions, as they will not release any English-based players for the pre-tour Japan fixture at Murrayfield, which was confirmed on Wednesday.

It will take place on the same day as the Premiership final and the league has said no English players can play in Edinburgh even if their club is not at Twickenham on June 26.

Money may change the club bosses’ minds, though.

‘We would be keen to keep that dialogue open and would be hopeful that that position might change,’ said Lions CEO Ben Calveley.

‘It is wonderful opportunity for players, not just to play in that fixture but also to start to impress Warren and his coaching team.’

Bitcoin Is the Only and Real Defi, Says Bobby Lee

Russian girl, seven, has arm amputated after aunt’s beatings left her with gangrene on wounds