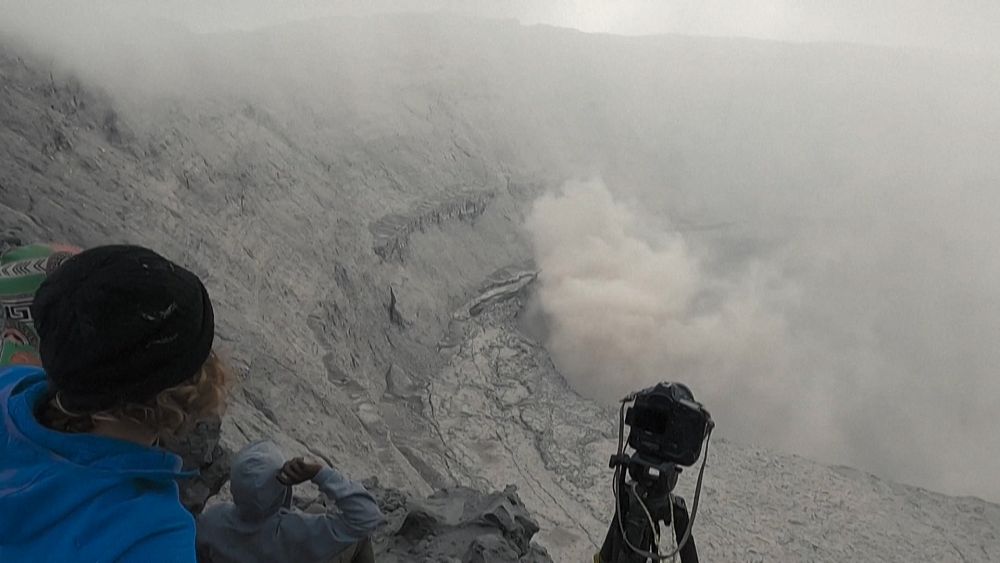 The trek up Mount Nyiragongo takes you through fog, wind and ash to a crater, the brooding mouth from which Africa’s most active volcano last month spewed rivers of lava and forced the evacuation of a city.

Four experts from DR Congo’s Goma Volcano Observatory (GVO) took the trail last week to get a closer look at Nyiragongo, which briefly flared into life on May 22.

The visitors gained a dizzying view of the crater, which emits a kind of low-frequency growl, punctuated by explosions.

Equipped with drones and camera systems, the team wanted to measure landslips and monitor the volcano for a potential collapse of crater.

On social media, rumours have spread that Nyiragongo is now dormant, an idea that the scientists are eager to dispel.

Just 14 kilometres (nine miles) away lies its sister Nyamuragira, whose red glow also shows that it is dangerously active.

Coronavirus: How worsening data have spooked No10 into delaying the end of England's lockdown