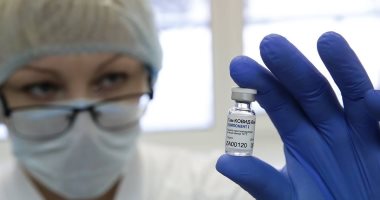 Experts have warned that people who have received the Covid-19 vaccine should avoid drinking alcohol because it can reduce the body’s immune response to the vaccine, according to the British “Daily Mail” newspaper.

The newspaper said that alcohol alters the composition of the trillions of microorganisms that live in the gut that play an important role in preventing the invasion of bacteria and viruses.. This results in damage to immune cells in the blood, known as white blood cells, including lymphocytes, which send antibodies to attack viruses..

Emergency medicine specialist Dr. Runx Icaria conducted an experiment where they took blood samples before and after drinking three cups of Prosecco..

Dr. Ikaria, presenter of the documentary for BBC “The Truth About Boosting Your Immune System”, which airs on Wednesday, says that three cups were enough to lower the levels of lymphocytes in their blood by up to 50 percent.

Immunologist Professor Sheena Cruikshank at the University of Manchester said that a decrease in lymphocytes can reduce the effectiveness of the body’s immune response..

So Professor Cruikshank urged people to avoid alcohol at the time of vaccination against Covid-19.

“Your immune system has to be working fine for a good response to the vaccine, so if you were drinking the night before, or shortly afterwards, it wouldn’t help,” Cruikshank said.. “

In adult bodies, lymphocytes make up approximately 20 to 40 percent of the total number of white blood cells and are concentrated in central lymphoid organs and tissues, such as the spleen, tonsils and lymph nodes, where the primary immune response is likely to occur..

Lymphocytes are of “primary importance” in the immune system because they determine the immune response to infectious microorganisms and other foreign substances, such as a virus. SARS-CoV-2 According to a team of scientists in Wuhan, China.