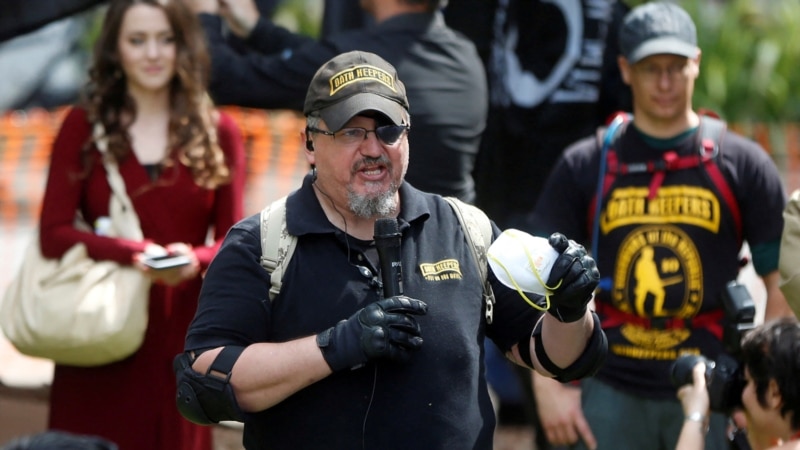 The founder and leader of a far-right group has been arrested and charged in federal court with “seditious conspiracy” for his involvement in January 6, 2021 riots. at the U.S. Capitol.

Stewart Rhodes, 56, founder of Oath Keepers, is among the 11 charged with helping to instigate violence on Capitol Hill, although he did not enter the Capitol.

This is the first time the Justice Department has filed a seditious conspiracy charge against one of the Jan. 6 attackers. Rhodes was arrested Thursday in Texas, his attorney, Jonathan Moseley, told Associated Press.

“The seditious conspiracy indictment alleges that, after the November 3, 2020 presidential election, Rhodes conspired with his co-defendants and others to forcibly oppose the execution of laws governing the transfer of presidential power by January 20, 2021,” the Department of Justice reported in a press release.

According to the Justice Department, Rhodes and his fellow conspirators “were ready and willing to use force and transport firearms and ammunition to Washington DC.”

Revealed the reasons for the low vaccination .. The World Health Organization report: a record increase in Corona injuries in the Eastern Mediterranean countries | Politics news

Daily progress of the application of the vaccine against Covid-19 in Mexico as of January 13, 2022

Daily progress of the application of the vaccine against Covid-19 in Mexico as of January 13, 2022

5 fashionable manicure drawings in 2022, easy to draw at home.. and save time and money