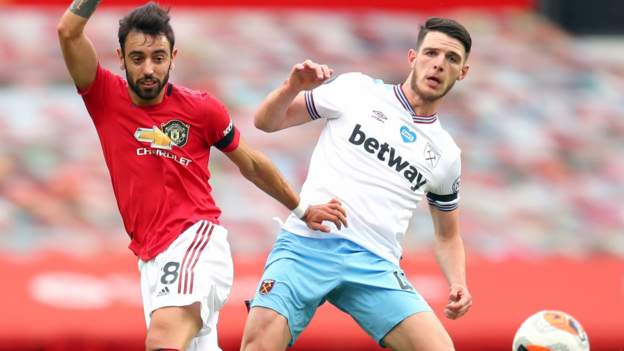 
The BBC will show the FA Cup fifth-round tie between Manchester United and West Ham, along with Chelsea’s trip to Championship side Barnsley, live on BBC One and BBC iPlayer.

There will also be live coverage of the game involving Sheffield United and Bristol City on BBC iPlayer and the BBC Sport website.

The fifth-round matches will be played between 9-11 February.

Last season’s winners Arsenal lost 1-0 to Southampton in the fourth round.

Manchester United are second in the Premier League with West Ham fifth and their game on Tuesday, 9 February sees Hammers boss David Moyes take on his former side.

Chelsea’s match on Thursday, 11 February against Barnsley will be Thomas Tuchel’s first FA Cup tie after he replaced the sacked Frank Lampard earlier this week.

Sheffield United are bottom of the Premier League and will be hoping to avoid a shock on Wednesday, 10 February against a Bristol City side that are eighth in the Championship.

A peak audience of 9.2 million people watched Manchester United beat Liverpool 3-2 in the fourth round on BBC TV and Red Button, with 2.6 million also watching on BBC iPlayer and the BBC Sport website.