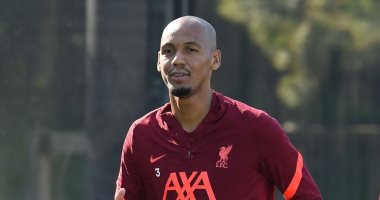 The Brazilian Fabinho of the Liverpool team confirmed that Manchester City and Chelsea are the candidates to crown the English Premier League title this season, noting at the same time that the Reds include strong players capable of competing, and that the recent renewal of contracts for some players is very positive.

Fabinho said in statements to “ESPN”, “The team nominated for the title? It is Manchester City. They are the champions of last season, and they continue to improve, and even with the achievement of titles, they support that, so they are the candidates for the title.”

The Brazilian player continued, “Chelsea also continue to sign contracts, so I think they and City have become very strong and are the favorites to win the title.”

Regarding his playing in the center of the defense, Fabinho explained: “Playing in the line of defense? I hope not to play there, it is not about me, but I also do not wish to injure any of our defenders.”

He concluded: “I believe that our team is strong and it is the same team that won the title two years ago. We have players with great experience and this makes the team stronger. You want a winning team. We want to preserve all the elements and this is what we do.”