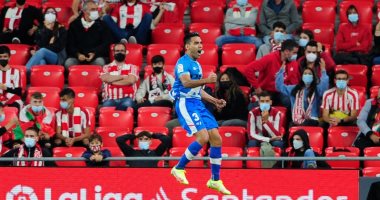 AndThe veteran international star’s joining the ranks of “Franjorjo” contributed to a major breakthrough in the attack of the team, which won 3 consecutive victories, and is the most effective La Liga team after Real Madrid..

And 89 minutes was enough for the 35-year-old to score against Getafe, Athletic Bilbao and Cadiz, in addition to his contribution to two other goals, to be considered the most prominent player in this line in coach Andoni Iraola’s battalion..

Until this moment, the only player who managed to score in his first 3 matches in the first division with the team was former Atletico Madrid star Diego Costa, who played on loan with the team from February to June 2012.

Costa had scored 4 goals in his first 3 matches with Vallecano against Real Zaragoza, Getafe, and Levante, and finished the season with 10 goals in 15 matches..

After 9 years, the Colombian “Tiger” was able to equal Diego Costa’s record, and in the next match against Osasuna, he will look to continue this record in order to keep the team returning to La Liga this season in the elite area in the standings.

When do babies start teething? Learn how to take care of children’s teeth

When do babies start teething? Learn how to take care of children's teeth