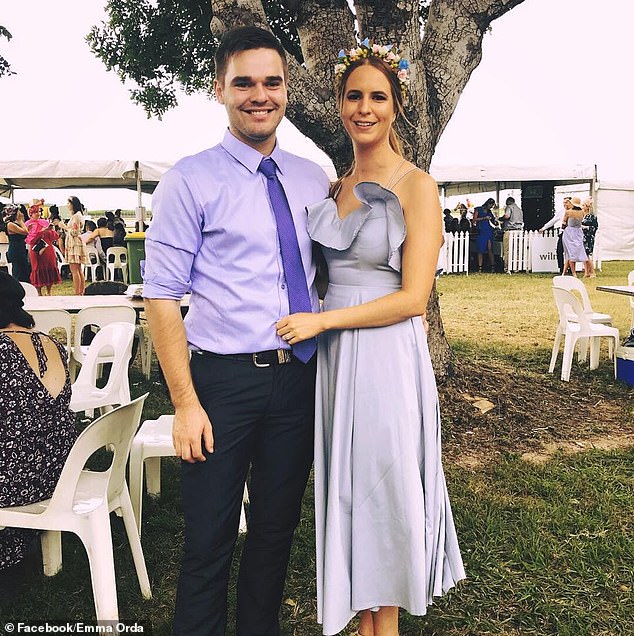 The heartbroken family of a vet who went missing when the cattle ship he was on sank have held a funeral for the young man three months after he disappeared.

Lukas Orda, 25, was in the crew of cargo ship, Gulf Livestock 1, when it sank during Typhoon Maysak on September 2 in seas south of Japan.

There were 5,800 cattle and 43 crew members on board – with only two people surviving and one body recovered.

Families demand to know why more wasn’t done to look for the two Australians and two New Zealanders who were on board by their governments – with the entire search being called off by the end of September.

A funeral service was held for Mr Orda, a loving husband and father to a baby boy, on Monday with family and friends celebrating the life of the young veterinarian.

The 43 crew on board were believed to have escaped on life rafts as the vessel sank below the waves – three were later found by Japan’s Coast Guard while the remaining 40 are unaccounted for.

Japanese Coast Guard scaled back their search after a second typhoon swept through the area and then called off the search on September 10.

A private search was then launched with the help of a GoFundMe and GiveaLittle crowdfunding pages established by the missing men’s families.

In the aftermath of the disaster, Mr Orda’s wife Emma, and his parents Ulrich and Sabine, shared heartfelt messages pleading with Japanese authorities to continue the search. 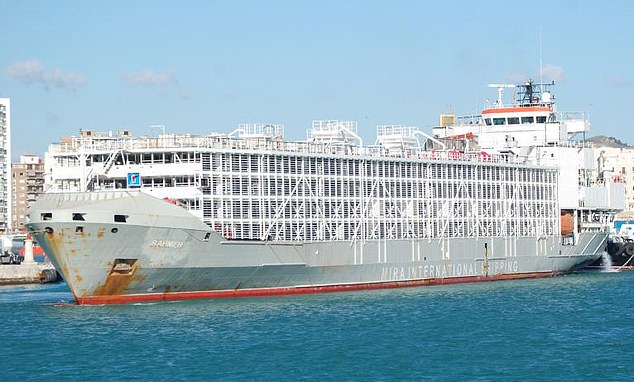 The Gulf Livestock 1, sank during Typhoon Maysak on September 2 in seas south of Japan 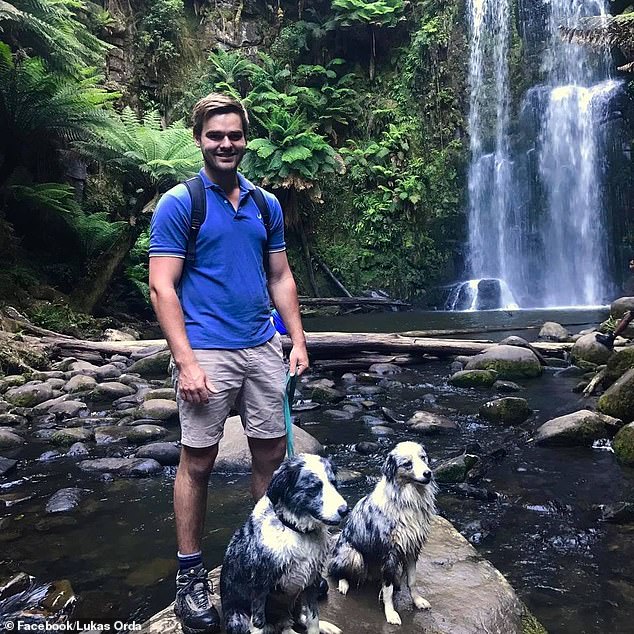 ‘Each moment is a living nightmare,’ Emma said in an emotional video in September.

‘To the Japanese coast guard, your ongoing search inspires our hope.

‘I beg you to help us keep the search going so that this nightmare can end for all of us.’

Mount Isa MP Robbie Katter is challenging the government’s response to the disaster as to why a wider search was not carried out.

‘We are committed to finding out why one of North Queensland’s sons was not assisted. The only reason tended by the government seemed to be some diplomatic differences which is nowhere near good enough,’ Mr Katter told the Townsville Bulletin.

A statement from the Australian Government in September said they were offering assistance to Japan with the search but members from the Japanese embassy in Australia said they hadn’t received any requests of this.

Some speculation suggested Australian authorities may have been wary of causing tensions in its trade relationship with Japan. 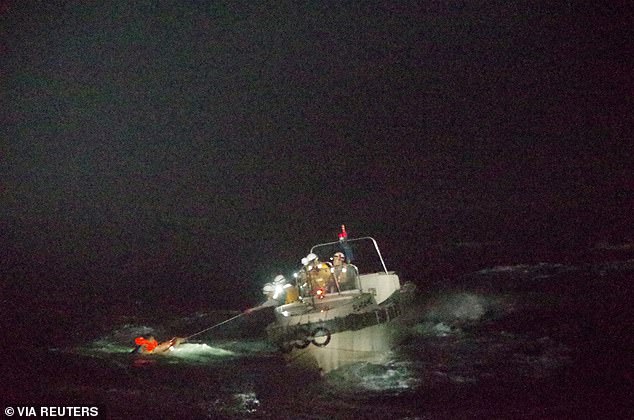 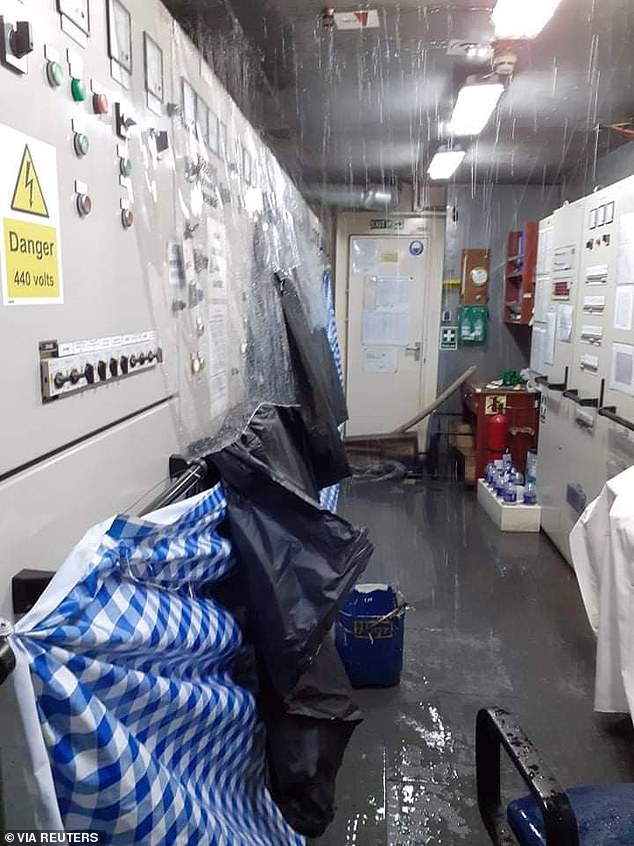 Mr Katter said he was determined to find out who wasn’t pushing hard enough for the search to be extended.

His father and federal MP, Kennedy Bob Katter, has also addressed the issue in parliament.

Mr Orda’s family had immigrated from Germany to Far North Queensland, where his father worked as a director for the emergency department at the Mount Isa hospital.

Covid Australia: Qantas passengers will have to show vaccination and negative test results via app