‘Kieran Tierney just malfunctioned’: Fans are left baffled as Arsenal left-back stumbles to the turf in bizarre fashion after badly miscontrolling the ball during loss to Aston Villa with one joking he was ‘taken out by a sniper’

Kieran Tierney was left red-faced during Arsenal‘s 3-0 home defeat to Aston Villa after he awkwardly slipped over while trying to control the ball – with some fans claiming he ‘malfunctioned’.

The Gunners were soundly beaten by the Midlands outfit on a poor day all round for Mikel Arteta’s men, but the Scottish left-back summed up their lack of finesse early in the game as he chased back to retrieve the ball in what should have been a routine scenario.

In just the sixth minute at the Emirates, Tierney was running back to pick up the loose ball – looking to swivel round and clear the danger as Villa striker Ollie Watkins pressed behind him. 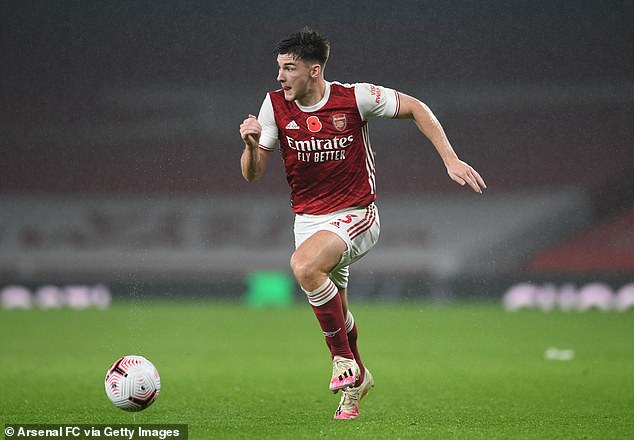 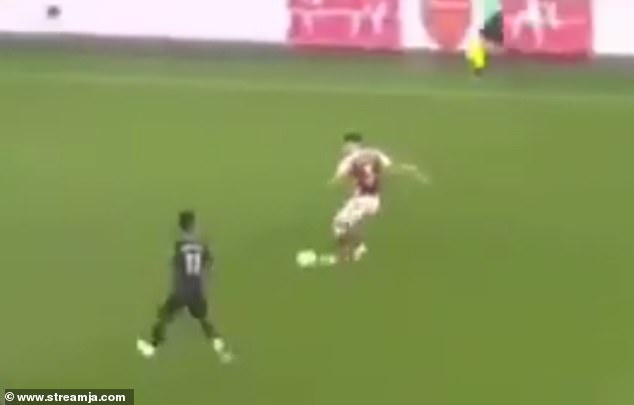 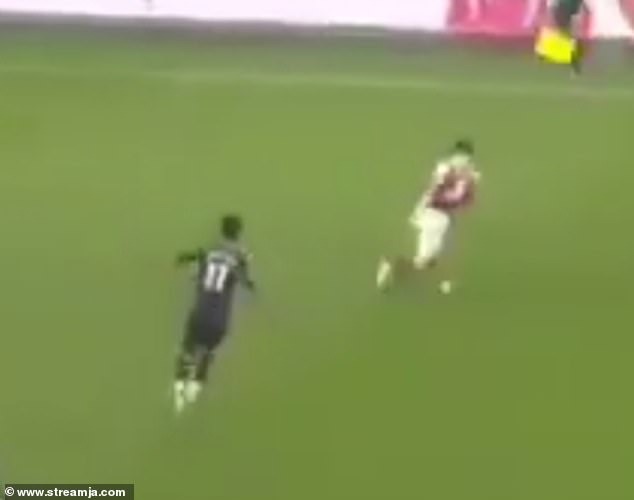 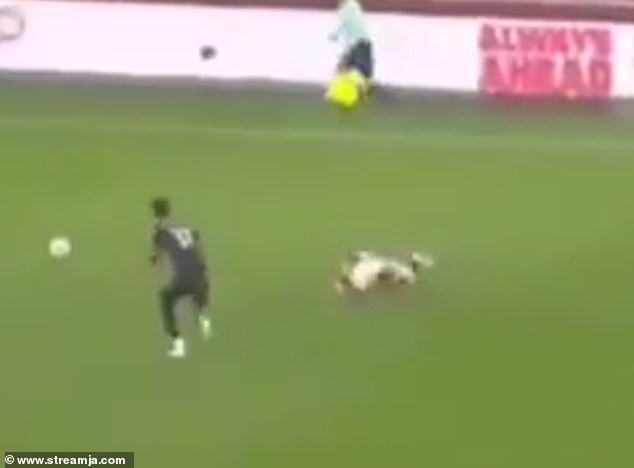 He staggered awkwardly to the turf, allowing Villa striker Ollie Watkins to pounce from behind

He doesn’t look up to see the in-form attacker breathing down his neck, and attempts to use his left foot to hook the ball round to his stronger side – giving him more time and space to either bomb down the flank or clear his lines.

But the 23-year-old gets caught in two minds and ends up knocking it away with his right foot, but still follows through with his left as it swings around and misses – causing him to lose his balance and stagger to the ground.

Watkins is quick to pounce on the error as he swoops in and immediately starts a dangerous attack for the away side, who went on to take the lead mid-way through the first half before easing to victory. 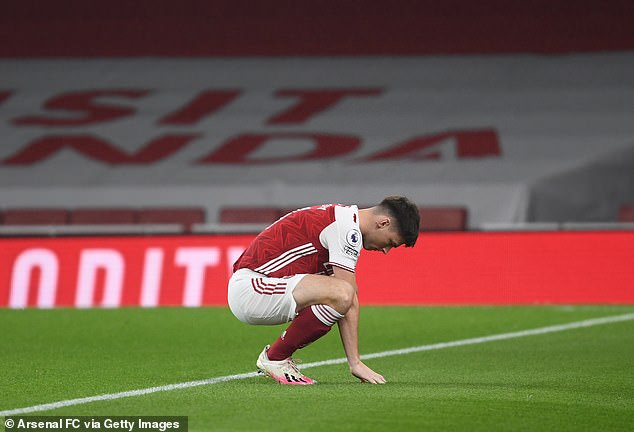 Rival fans were left baffled by the gaffe, with some comparing it to a glitch on video game FIFA

Rival fans have responded to Tierney’s gaffe, with one suggesting the Scottish international ‘fully malfunctioned’, while another compared it to a glitch on the video game FIFA.

The manner in which Tierney fell left one asking if he had been ‘taken out by a sniper’, while Chelsea fans waded into the discussion to claim that some Arsenal fans had boasted he was better than Ben Chilwell. 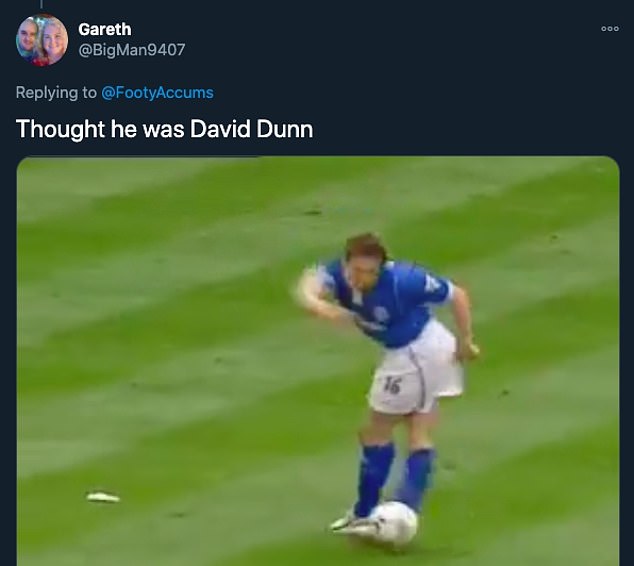 ‘Arsenal fans dared compare him to Chilwell! Wash your mouth out,’ said one fan.

The slip-up also led to comparisons with former Blackburn midfielder David Dunn, who became infamous for attempting a rabona before spectcularly missing and falling to the turf.

Tierney’s career at Arsenal has been blighted by injuries so far but has nailed down a place as Arteta’s first choice right back, making 34 appearances since joining from Celtic last summer.

Arsenal produced one of their worst performances since Arteta took charge as they were swept aside by the Villans, who continued their surprise season by adding to wins over Liverpool and Leicester City.

Bukayo Saka turned into his own net in the first half before Watkins – who grew up as an Arsenal fan – grabbed a second half brace to wrap up a confident victory.