Rowdy Australian Open fans have been labelled a ‘disgrace’ after booing at the mention of a ‘Covid vaccine’ during the trophy presentation.

Tennis Australia executive Jayne Hrdlicka took to the podium in Rod Laver Arena on Sunday night to commend the hundred of players who battled it out in the Melbourne Grand Slam, despite the challenges posed by the pandemic.

But her speech was rudely interrupted by a large section of the crowd, who jeered when she said the advent of the jab was a sign the tough times were drawing to an end. 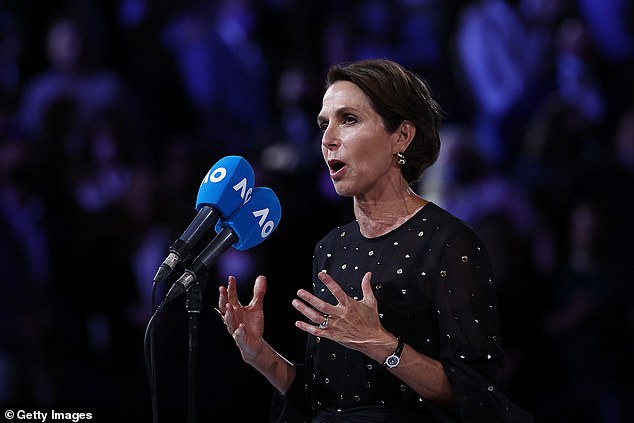 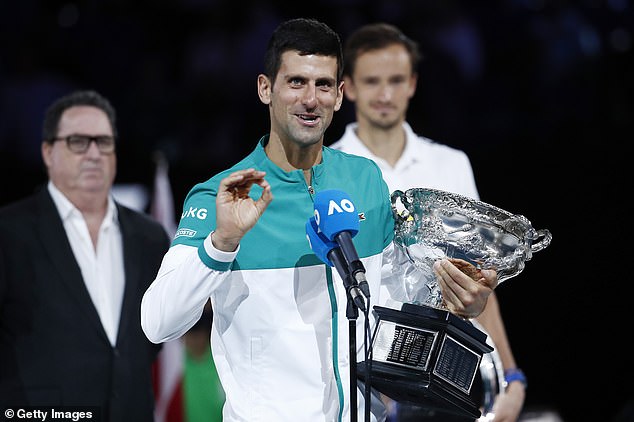 ‘It’s been a time of deep loss and extraordinary sacrifice for everyone. With vaccinations on the way, rolling out in many countries around the world, it’s now a time for optimism and hope for the future,’ she said.

The boos resounded throughout the stadium, continuing again when she mentioned the effort the Victorian Government had put in to host this year’s event.

Hrdlicka pressed on, at times having to stop to wait for the crowd to settle, before offering a thinly-veiled swipe at the end.

‘You are a very opinionated group of people, but whether you’re at home or here tonight, we are really thankful that you’re here. We look forward to seeing you next year,’ she finished her speech.

The booing drew widespread condemnation from commentators from around the world who fired up their Twitter to slam the poor display of etiquette.

Among the critics was retired Australia tennis player Rennae Stubbs, who said: ‘These fans booing are disgraceful! Honestly!!! Grow up!’ 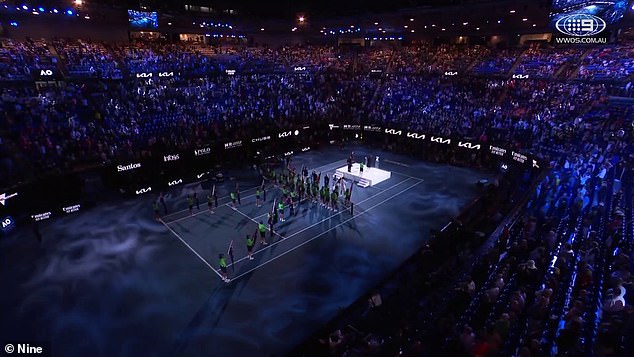 A night of controversy: Before the match began, Australian singer Gordi was blasted for singing ‘young and free’ during a strange rendition of the national anthem

‘And so ends the 2021 Australian Open, with the crowd booing vaccines as Djokovic raises the trophy. It was a weird-ass five weeks in Australia, tennis,’ said New York Times reporter Ben Rothenberg.

But controversy plagued the event before it even began, with some accusing Australian artist Gordi of singing ‘the worst national anthem ever’.

The backlash quickly followed on Twitter over Gordi’s performance, which included her accidentally singing the outdated lyrics of ‘young and free’.

‘Are there no singers in Australia? Why such ridiculous and disappointing delivery of the Australian anthem at a big event,’ another quipped.

Gordi’s performance was ridiculed on social media, with one calling it ‘disappointing’ and others ‘the worst Australian anthem ever’ 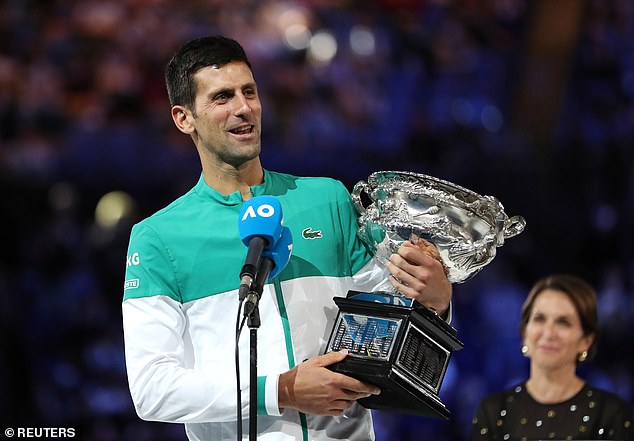 Gordi, whose name is Sophie Payten, recently took a break from her musical career to work in Australia on the Covid-19 frontline as a medical doctor.

Before her controversial performance, she revealed it would be the first time she had ever sung the national anthem at a major event.

‘Last time I sang the national anthem in front of a crowd it was to perhaps 30 people in Canowindra’s Morris Park when I was 11,’ she wrote online.

‘In a small step up I will be performing the anthem at the Australian Open men’s and women’s final this weekend. Hazaar.’

The lyrics of Advance Australia Fair were recently amended by Prime Minister Scott Morrison, changing from ‘for we are young and free’ to ‘for we are one and free’.

The musical tells the true story of thousands of stranded passengers who were welcomed in a small town in Canada, but viewers were baffled by the odd choice of musical performance before a tennis match.

‘Welcome to the weirdest closing ceremony/show ever,’ one person wrote on Twitter.

Another said: ‘I’m all for supporting the arts, but the Come From Away performance was bloody jarring ahead of the Australian Open’.

Sunday’s finals showdown was also marred by two women being ejected from the venue by security after interrupting play.

One of the women was wearing a t-shirt which said ‘free them all’ on the front and ‘end systemic racism’ on the back.

Novak Djokovic versus Daniil Medvedev: How it unfolded

By Mike Dickson for Mailonline 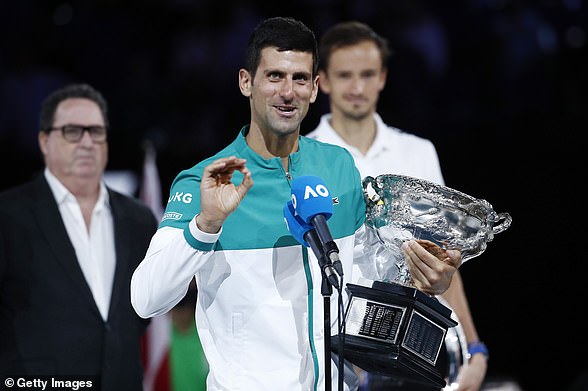 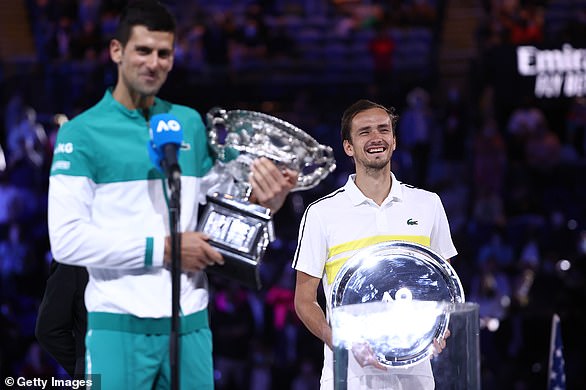 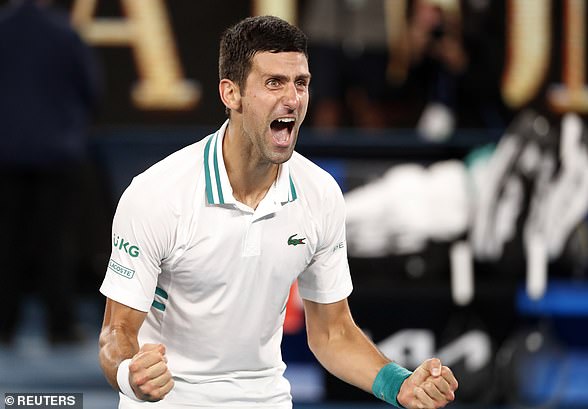 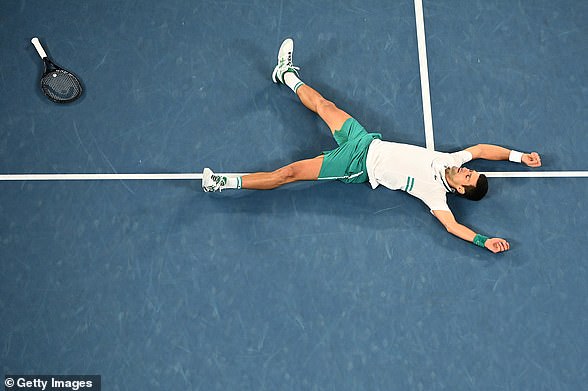 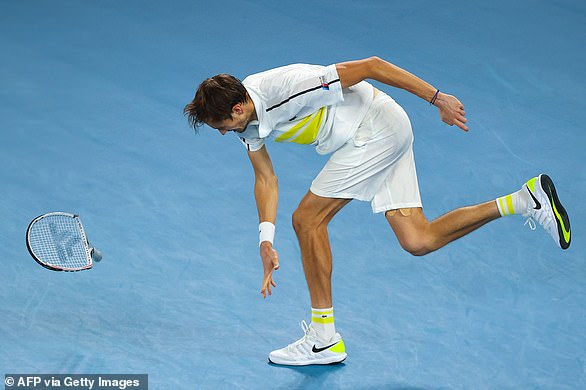 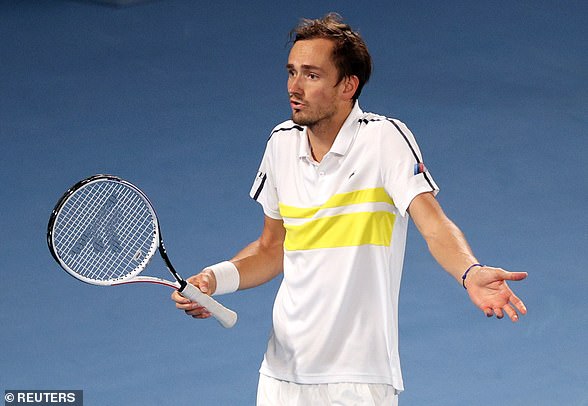 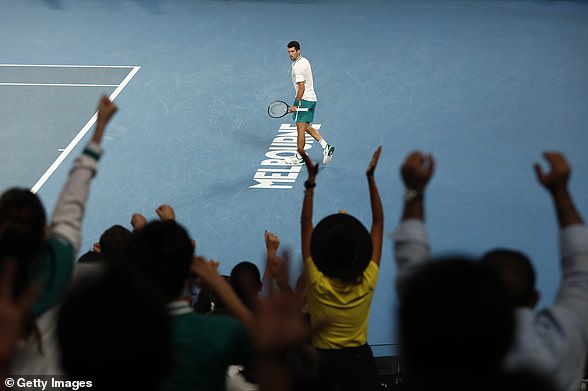 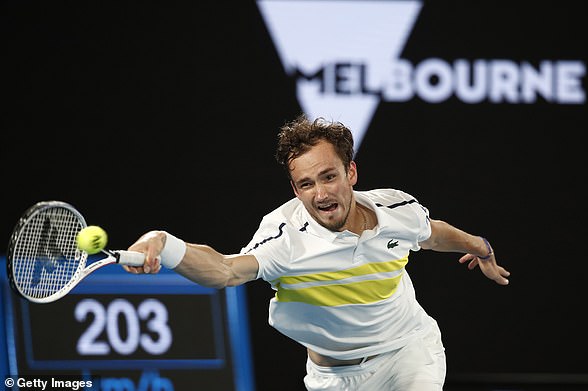 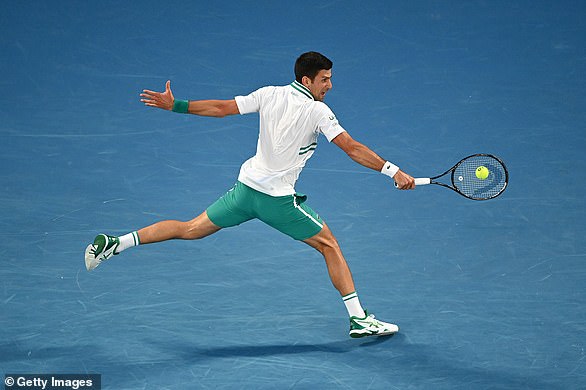 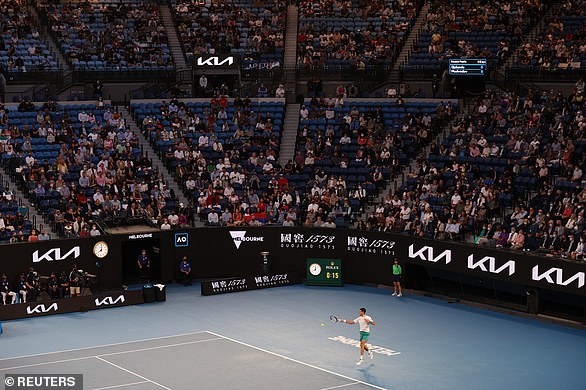 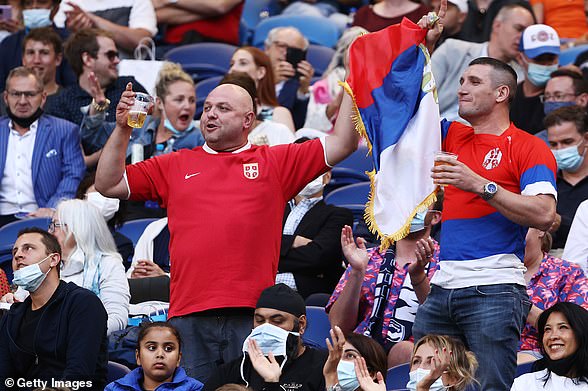 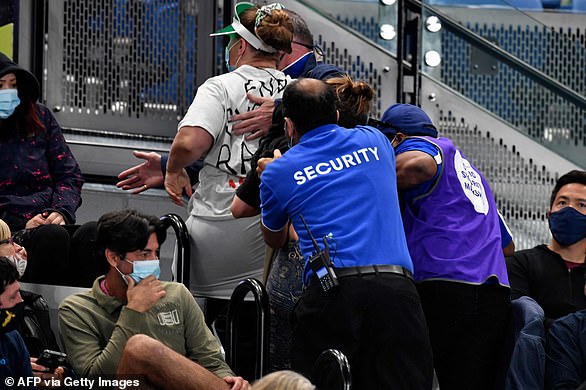