Fantastic Fridays: How thousands of Australians can grab FREE $100 vouchers for lavish end-of-week dinners in the city – here’s everything you need to know

Thousands of workers in Sydney’s CBD are set to end the week in style, with complimentary $100 vouchers for meals as part of a state government drive to get workers back into the city.

The significant investment, said to be worth $50million, is part of NSW Treasurer Dominic Perrottet’s quest to support struggling city lunch venues from surrounds including Surry Hills, Circular Quay and The Rocks.

It will also be part of Tuesday’s budget as the state government tries to entice professionals working from home back into the city.

The revolutionary scheme will allow approximately 500,000 people to apply for the meal tickets, where they will be entitled to four $25 vouchers per person.

Unlike with Dine & Discover vouchers in NSW, which had to be spent separately, these vouchers can be used all at once – giving diners $100 off their bill. 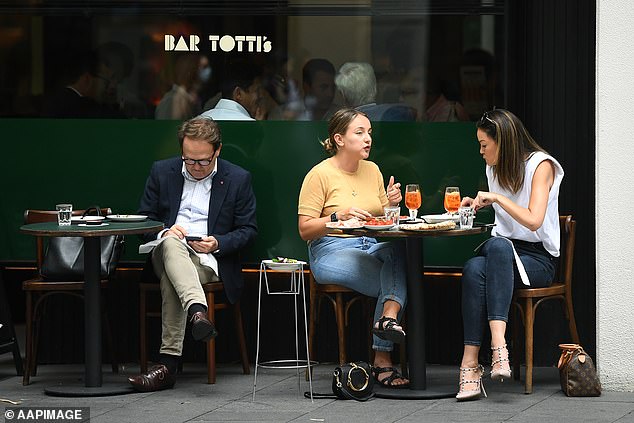 Thousands of workers in Sydney’s CBD (pictured) are set to see out the week in style, with complimentary $100 vouchers for meals soon to be readily available for Fridays exclusively 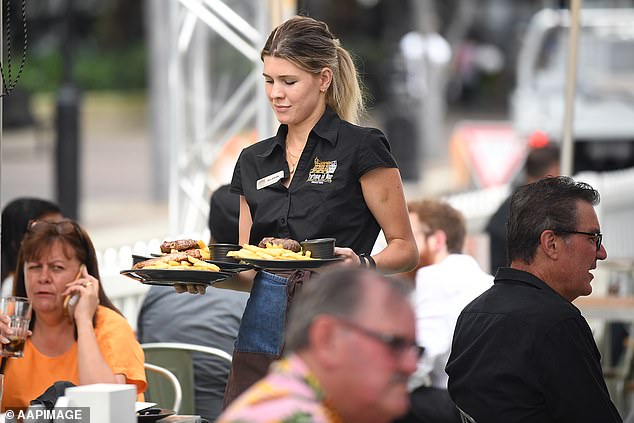 The vouchers will only be valid on Fridays, and for businesses located within the 2000 postcode.

The aim is to encourage high volumes of people to start working from the office again in the Harbour City leading into the weekend.

‘Friday is a fun day — we have listened to businesses and industry and want to kickstart the weekend,’ Mr Perrottet said.

‘We want people to enjoy what our city has to offer and stimulate the economy.

‘It’s about making Fridays fantastic (and) helping the Sydney CBD, which has been hardest hit by the challenges of Covid.’

Deputy Premier John Barilaro told Sunrise the government wanted to bring some buzz back to Sydney’s city centre and entice professionals who were working from home to return to the CBD.

Customer Service Minister Victor Dominello confirmed the vouchers will be available via the Service NSW app.

Non-digital voucher options will also be accepted by venues. 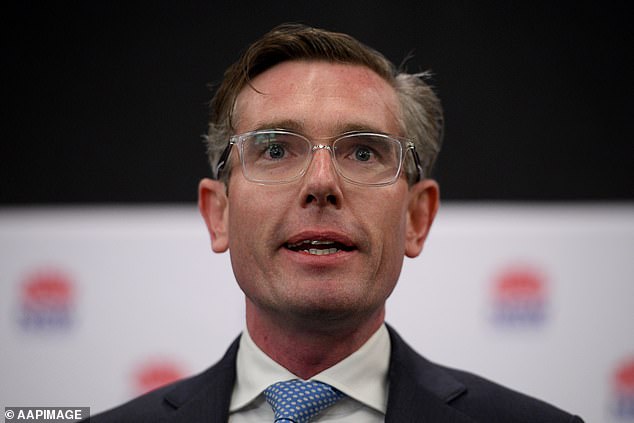 The announcement of the food vouchers, said to be worth $50million, is part of NSW Treasurer Dominic Perrottet’s (pictured) quest to support struggling city lunch venues in Sydney’s CBD

Perrottet also stated the pending budget, his fifth, is the start of a pathway to get the state back on its feet financially.

He paid tribute to the people of NSW, labelling its workers ‘world leaders’ in their collective quest to see the state work through the pandemic and beyond.

Committee for Sydney chief executive Gabriel Metcalf said visiting a city restaurant during the day was a civic duty and hailed the voucher scheme.

‘I can’t think of a better Australian tradition to revive right now than the long lunch,’ he told Daily Mail Australia.

‘In these tough economic times, it’s practically a civic duty.

‘Have one meal for yourself and one for the country.’