FANTASY FOOTBALL EXPERT: It is impossible to ignore Dominic Calvert-Lewin any longer


So much for putting my trust in Kevin De Bruyne.

Along with his Manchester City team-mates, the Belgian came up smaller than an inner-most Russian doll and a Fantasy Football points massacre occurred.

It was a tough week for a lot of managers. The average points return was 43. The best return of any manager in the world was ‘Muha Team’ who had the last laugh with Jamie Vardy triple-captain for his hat-trick at Manchester City, Mason Mount, James Maddison and Bruno Fernandes added a further 34 points while the back five provided a further 31 points.

Manager of the Week finished with an incomprehensible 119 points. Given how poorly everyone else did, it could be a season-defining week for that player. 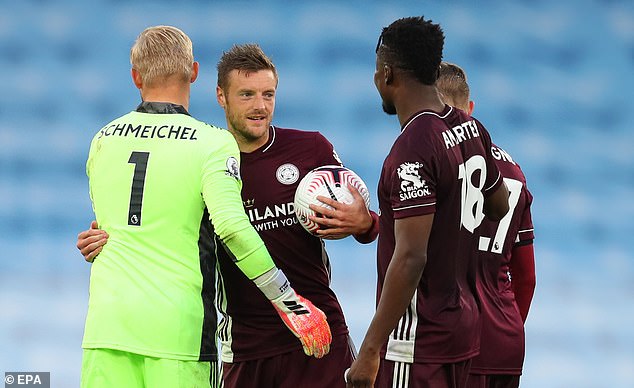 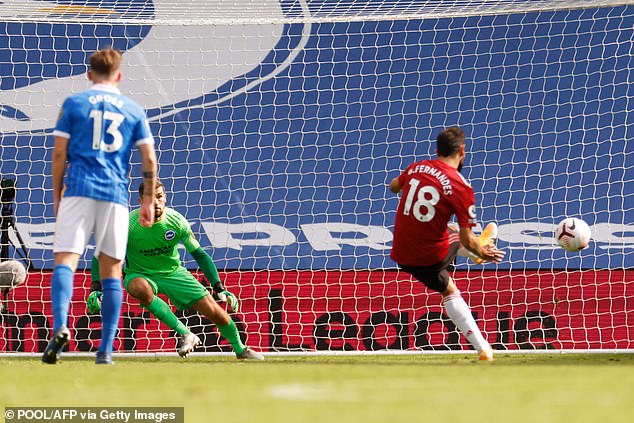 But back to reality and there will be hope that normality is restored in Gameweek Four.

It would be incredibly surprising to see Manchester City, Wolves, Chelsea and Arsenal all fail to win for a successive week.

Injuries are starting to become more of a factor now and with just a few days remaining of the summer transfer window new faces will soon become one less thing to worry about as squads are finalised in the coming hours and days.

As always, in this weekly column I’ll be breaking down what we learned from the latest round of games, how best to utilise the free transfer for our squads and the differentials that can make the biggest difference week-to-week.

Disappointment. That was my – and no doubt hundreds of thousands of managers – main take from one of the strangest ever weekends in the Premier League.

City’s defensive woes were a concern but few back Guardiola defenders in FPL and so we didn’t learn anything we didn’t already know.

The big frustration was seeing Kevin De Bruyne crowded out in a central No 10 role and that needs to change if he is going to merit his selection. Leicester are one of the division’s better teams and so easier games await. But a trip to Leeds feels like a critical game to see the character in this group – I will be watching intently on Saturday night. 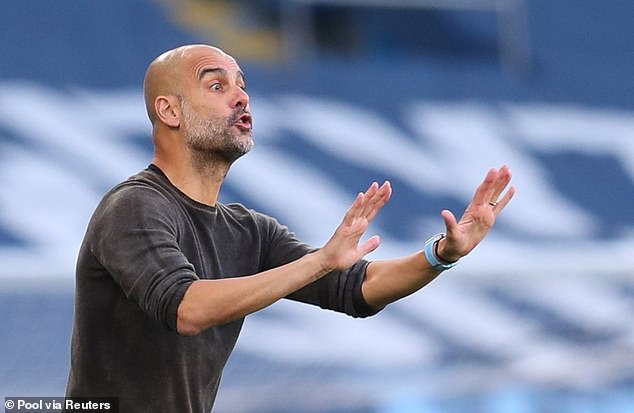 The same defensive woes apply to Chelsea, again nothing we didn’t already know.

But Timo Werner really needs to get it together. His ownership is plummeting fast, even with his debut goal against Tottenham in the cup this week.

Crystal Palace were brought back down to earth after their opening win over Manchester United by losing to Everton and things could get worse before they get better as they travel to Chelsea.

Hodgson’s side will feel they will definitely get chances against a back four that has next to no chemistry with so many different forms taken by Frank Lampard.

And what is going on with this handball rule? Seriously.

I was counting my lucky stars when Bruno Fernandes bagged in the 100th minute from the spot for Manchester United against Brighton and felt similar glee when Callum Wilson scored a penalty in the 95th minute against Tottenham.

While the sensible, and correct, answer is for referees to pump the brakes on awarding penalties it is a gold mine as an FPL manager and just reinforces the need to have as many players as possible in your team that take them. 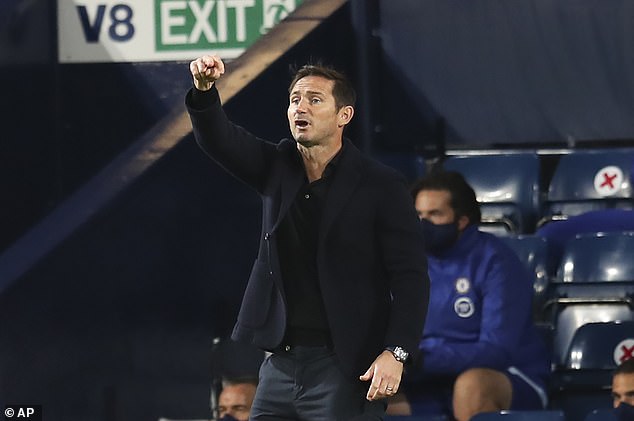 De Bruyne does that, as does Fernandes, and any more you can get in, the likes of Harry Kane and Mohamed Salah are clever options, really are worth it.

At the wrong end of the table it is time to hit thee panic button for Fulham.

Beaten 3-0 by Aston Villa and then 3-0 in the Carabao Cup by bitter rivals Brentford it is a mess for Scott Parker right now.

Mitrovic has been popular as a cheap attacking option but the advice is to steer well clear of the Cottagers right now.

Transferred in by 659,028 managers ahead of a home game against Brighton, this signing is imperative in a bid to not get left behind by rivals.

Forget what has gone before. There is absolutely no point dwelling on past mistakes when it comes to Fantasy Football.

Your co-worker had Calvert-Lewin from GW1? Not your problem. It can all change over the course of a long season but it feels naive to persist without the Everton marksman ahead of the Seagulls’ visit this week.

Calvert-Lewin’s ownership has soared to 37.4 per cent making him the most popular striking option in Fantasy Football. Timo Werner is second (28.3 per cent) and Patrick Bamford of Leeds is third (24.1 per cent). 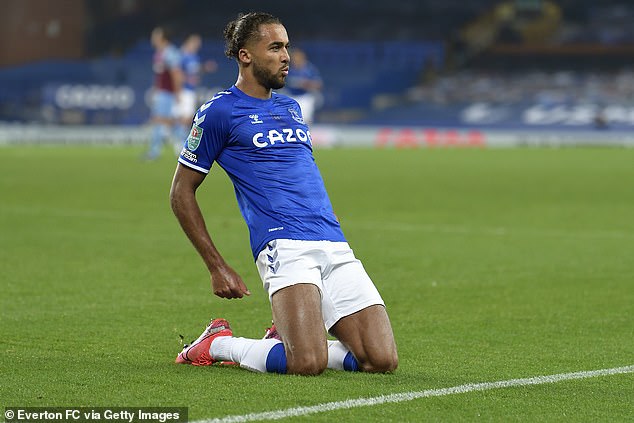 Calvert-Lewin has 31 points from the opening three gameweeks and is showing the kind of purple patch we saw from Liverpool’s Mohamed Salah a couple of years back.

His finish for the first goal against West Ham in midweek was made to look easy but it was anything but.

He took a sublime touch before lifting it over an onrushing Darren Randolph. Unlike previous regimes at Goodison he relishes every game under Carlo Ancelotti and has elevated his game to a height that saw him earn an England call-up on Thursday.

While there is a Merseyside Derby to follow the home game against Brighton, fear not because Southampton, Newcastle, Manchester United, Fulham and Leeds are the games that follow and all five of those sides have shown vulnerability at the back.

Calvert-Lewin and Richarlison are forming quite the tandem and it has been posed whether having both is too risky week-to-week. 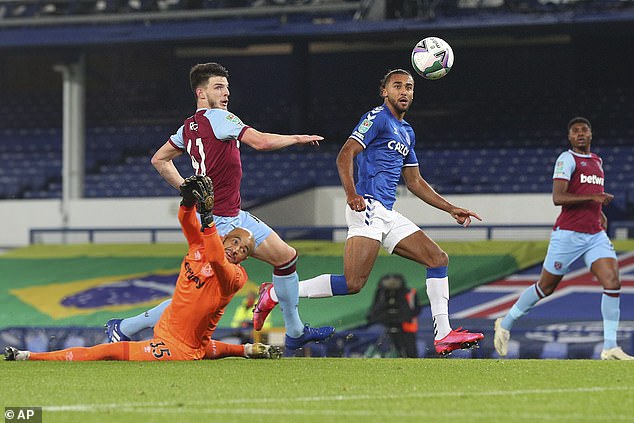 Doubling up on attacking assets does feel a risk in case of a freak result but both selections make a lot of sense, whoever you choose.

Given Richarlison picked up a knock and looked in real pain against West Ham, there is no assurance he will complete the 90 minutes against Brighton.

Do what I told my dad and go for Calvert-Lewin.

Phil Foden was pulled out as a differential last week in this column and I have stuck with him because he should represent good long term value with City battling injuries.

But another avenue into this side if Raheem Sterling and De Bruyne prove too expensive is Riyad Mahrez.

The Algerian netted a firm contender for Goal of the Season before things collapsed against Leicester last week and taking on a Leeds side who seemingly don’t know how to defend could prove lucrative.

Ferran Torres arrived in the wing department after Leroy Sane joined Bayern Munich but he is still adapting to life in England. He got his first goal in a City shirt in the Carabao Cup win over Burnley but Mahrez is still preferred, for now.

Leeds did keep a clean sheet against Sheffield United last time out but conceding seven in their opening two games illustrated the pitfalls in their cavalier approach.

He was Manchester City’s best FPL performer in the demolition by Leicester – wasn’t too difficult given how poorly the team played – and his direct nature make him a clever differential if you want to cut your losses on Tottenham’s Son Heung-min. 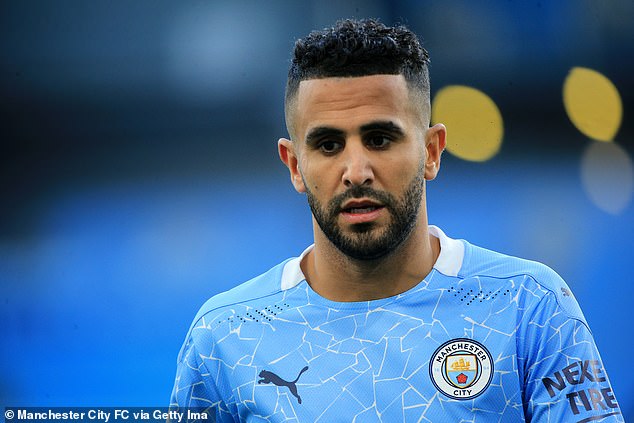 I mentioned Timothy Castagne recently and now seems the perfect time to draft him into an FPL team.

He was sublime against City and has made a brilliant start to life in the Premier League since joining from Atalanta.

Castagne netted on his Premier League debut against West Brom, added two assists against Burnley in the 4-2 win in Gameweek Two, and was provider once again for Vardy in the City rout with a brilliant move down the right.

Atalanta are showcasing to the world right now how well coached and well scouted they are and those who get to work with boss Gian Piero Gasperini are all the better for it.

The same can be said for Castagne and Brendan Rodgers’ appears to have plucked a gem from Serie A who can live with the best of them in the Premier League.

West Ham is next and while they will be full of confidence after a shock win over Wolves they remain vulnerable, particularly defensively.

James Justin is a popular pick on the other flank for Leicester but I like the assist prospects for Castagne with West Ham, Villa and Leeds all coming up in the next four. 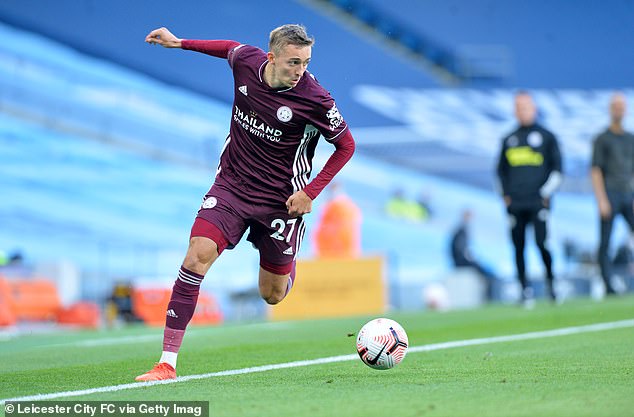 Now comes the sleeper pick of this week’s three differentials.

Just 1.3 per cent of players have put their faith in Southampton’s Ryan Bertrand but that should change ahead of a home game against West Brom.

The left back should get plenty of joy out wide with Slaven Bilic’s Baggies finding defending the full-back areas as a real problem early on in the season.

Richarlison, deployed on the left for Everton in their 5-2 win over West Ham, ran riot with three assists and Bertrand will be Southampton’s primary attacking option on their left side.

I debated putting Saints striker Danny Ings here given the likelihood of him netting against a leaky West Brom defence but Calvert-Lewin is a smarter acquisition in attack right now.

Ralph Hasenhuttl’s side have four favourable match-ups in their next five games with West Brom, Villa and Newcastle all on the horizon. After a slow start Bertrand could be about to hit his stride, starting on Sunday. 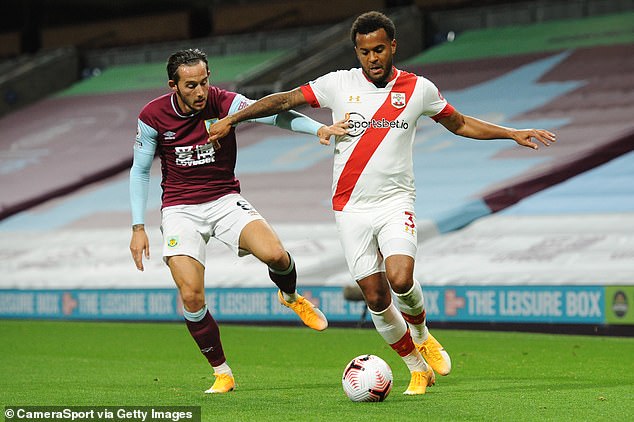 I just cannot look past the Everton striker right now – and nor should you if you have him.

Pierre-Emerick Aubameyang – who I urged you to ditch last week ahead of Arsenal’s defeat to Liverpool at Anfield – will continue to be heavily backed, as will Timo Werner at Chelsea now he got off the mark in the Carabao Cup shootout defeat to Tottenham.

Kevin De Bruyne and Raul Jimenez were both contenders having both performed so badly in GW3 but I have gone for Calvert-Lewin.

Fans may not be there right now but Calvert-Lewin is loving playing at Goodison Park right now and long may it continue this weekend when Brighton visit.

He has hat-tricks in his last two appearances at Goodison in all competitions – West Brom in the league and the 4-1 win over West Ham on Wednesday night in the Carabao Cup.

Calvert-Lewin is currently the fourth most popular player in Fantasy Football and should he deliver again against Brighton, his ownership will continue to rocket. Fast becoming an essential rather than an option. 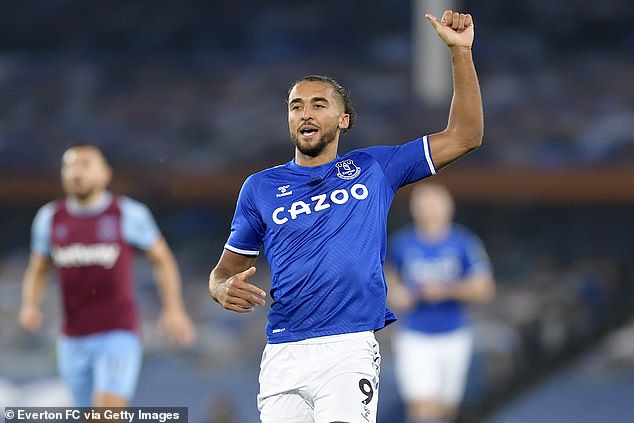 Team of the Week

Gameweek Three was a mixed bag for a lot of FPL managers and that is reflected in the Team of the Week.

After 3-4-3 last week this time round it was the midfielders who took centre stage with West Ham’s Jarrod Bowen the pick of the bunch with 15 points after his brace in the rout over Wolves.

Conor Hourihane of Aston Villa was another standout after his starring role in the 3-0 dismantling of struggling Fulham.

Who would have expected to see Vardy and Callum Robinson leading the attack when they came up against Manchester City and Chelsea respectively? Vardy finished with a hat-trick in a 5-2 win at City while Robinson stunned Chelsea with a brace in the Baggies’ 3-3 draw at the Hawthorns. 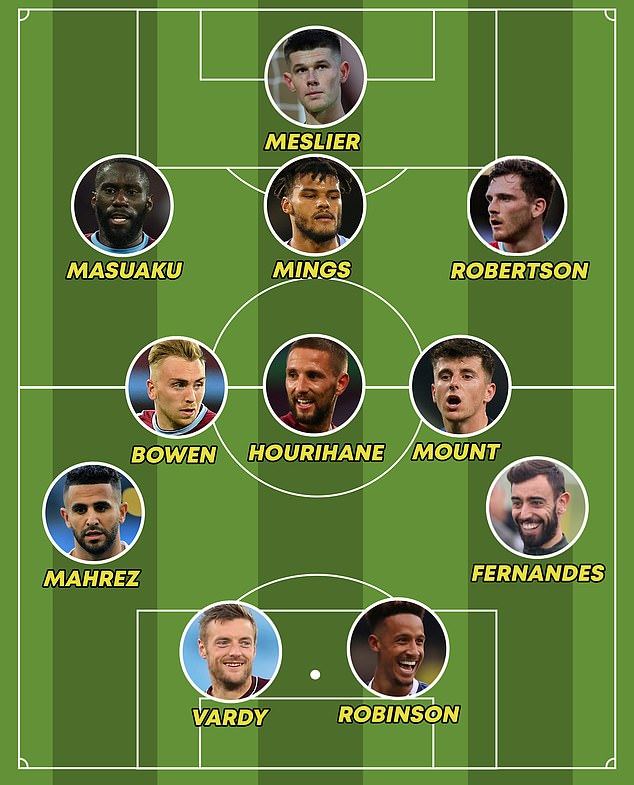 How to avoid another Trump-Biden 'car-crash' debate

See the celebrity wax figures worthy of a double take

Courtney Stodden claims that Chrissy Teigen 'never' reached out to them privately to apologize for the abusive...