A man has been charged with a terrorist plot to kill a solicitor over his role in representing immigrants.

Cavan Medlock, 28, is alleged to have arrived at the Duncan Lewis offices in Harrow on September 7, armed with a knife and handcuffs, while carrying a Confederate flag and a Nazi flag.

Prosecutors say he is an extreme right-wing terrorist who planned to kill a solicitor at the firm because he objected to his involvement in preventing the Government deporting immigrants.

Medlock, from Harrow, was not present during a hearing at the Old Bailey on Friday after he stripped to his waist as he briefly appeared by video-link from Wormwood Scrubs prison, before refusing to put his clothes back on.

He is charged with preparation of terrorist acts under Section 5 of the Terrorism Act 2006. 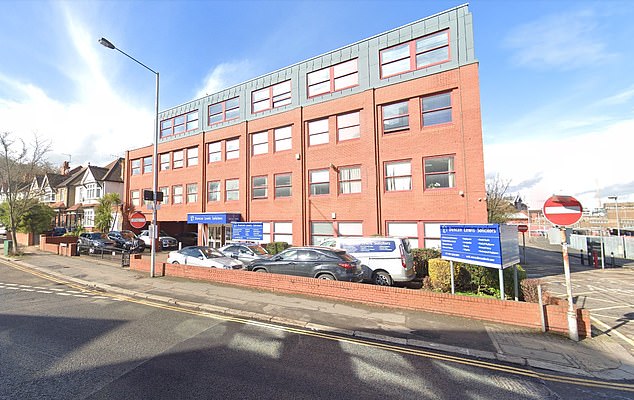 Cavan Medlock, 28, is alleged to have arrived at the Duncan Lewis offices in Harrow (file photo) armed with a knife and handcuffs, while carrying a Confederate flag and a Nazi flag

Medlock is also charged with five further counts, including threatening with a bladed article in a public place, battery, two counts of causing racially aggravated alarm, harassment or distress, and making a threat to kill.

He is accused of threatening a receptionist with a knife before threatening to kill a solicitor and abusing other members of staff because of their racial or religious background.

Medlock is yet to enter pleas to any of the charges.

Mr Justice Sweeney remanded him in custody and set trial date of May 17.

The judge said Medlock will next appear in court for a plea and case management hearing likely to be in early January.