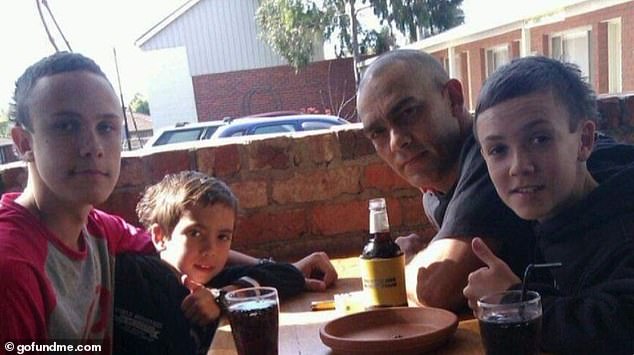 A hero father-of-three has tragically died at work after picking up extra shifts to pay for his son’s cancer treatment.

Several hours after doctors broke the news, the teenager began screaming in pain as his condition deteriorated and he was induced before being flown from his home in Albury in southern NSW to the Alfred Hospital in Melbourne.

His truck driver father, 50, rushed from his home in Gympie, Queensland, to be by his son’s side and asked to take on more work to cover the cost of medical bills.

But two weeks later, during his first new additional shift, Mr Carney was killed when his vehicle collided with another car and rolled into a ditch on February 1.

The family are now worried about how they are going to break the news to Zeek, who is yet to wake up from his coma.

‘Because of the state he’s in, to hear such news as he wakes up, it might have an effect on his physical health as well as his mental health,’ his grieving brother Isaiah, 21, told 7News.

Shortly after being diagnosed, Zeek began struggling to breathe as pressure built up in his lungs and heart and medical teams called in a helicopter to rush him to hospital.

He died during one point in the flight and had to be resuscitated, with doctors then making the decision to place him in a coma.

Chemotherapy commenced while he was induced, with the hope the illness will be receding by the time he wakes. 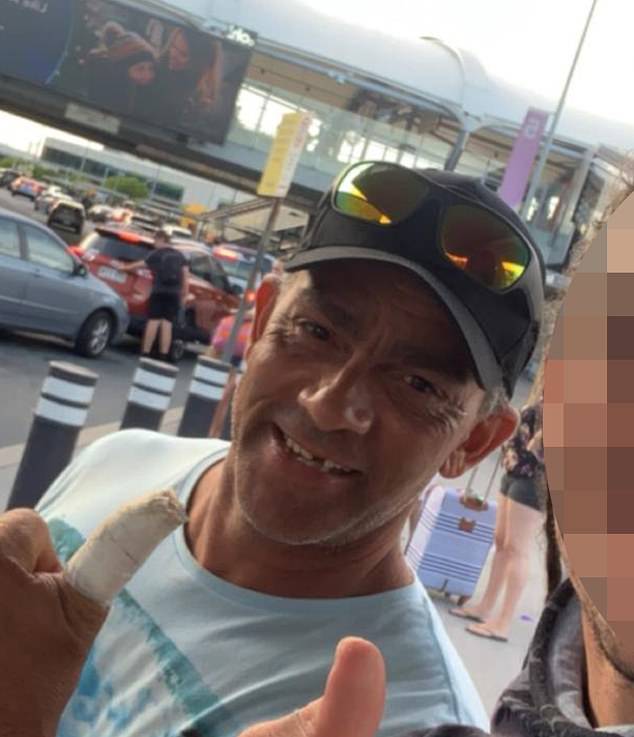 The family are dreading the day Zeek, 17, wakes up from his coma as he still doesn’t know his father (pictured) died in a horror crash trying to scrape together money for his treatment

Doctors have been trying to wake Zeek for the past month, and Isaiah fears if the family aren’t present when they do, he will learn of his dad’s death through social media.

‘He’s a young kid, he’s gonna use his phone, he’ll turn on his phone, it’ll be all his notifications,’ he said.

‘We don’t want that to be the case. We want to be there. We’ll tell him ourselves.’

Mr Carney’s devastated family laid him to rest last Friday but are still coming to terms with his sudden death.

Isaiah, who works as a furniture removalist part-time, has spent the last few weeks travelling between the hospital in Melbourne, the home in Albury and his father’s house Gympie.

He is planning to shave all his hair off on March 9 in a bid to raise money for leukemia awareness.

A GoFundMe has also been set up to support the family as they deal with mounting medical bills and the loss of a father.