Father-of-two, 38, was left paralysed after freak accident doing a forward roll at a family BBQ

A father-of-two was left paralysed from the chest down after breaking his neck doing a forward roll at a family barbecue.

Wayne Duckworth, 38, from Stockport, Greater Manchester, had been performing a forward roll indoors when the stunt went horrifically wrong and he realised he ‘could not move his body at all’.

The chef was rushed to Salford Royal hospital and underwent more than nine hours of emergency surgery before he learned he had damaged his spinal cord and was paralysed.

Mr Duckworth, who now uses a powered wheelchair, described how had been playing cards and darts when he decided to do the forward roll on the living room carpet. 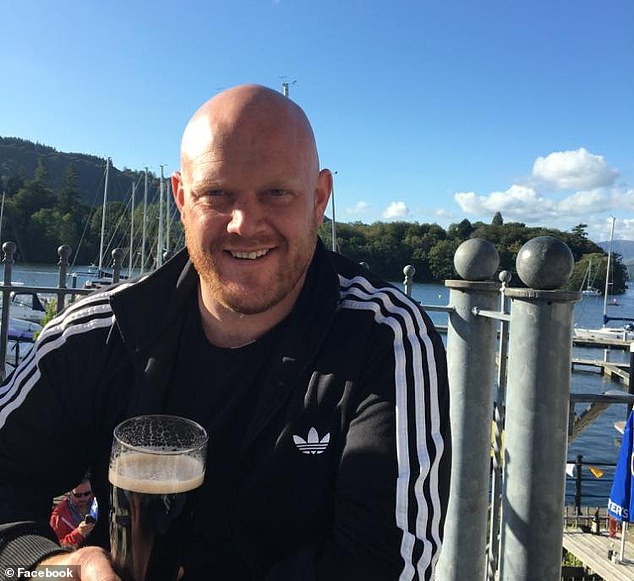 Wayne Duckworth, 38, from Stockport, Greater Manchester,  was left paralysed from the chest down after breaking his neck doing a forward roll

He told The Sun: ‘We were talking about how we had been doing roly polies and then, being the clown that I am, I did one in the living room on to the carpet.

‘I did it from standing on the concrete fireplace surround about three inches high.

‘I went to pick myself up and realised my arms weren’t working properly and I couldn’t move my body at all. I realised straight away what I’d done.’

Following his injury, Mr Duckworth was placed on a ventilator and had to have a tracheostomy.

After three weeks in the hospital’s ICU unit, Mr Duckworth was transferred to the North West Regional Spinal Injuries Centre in Southport to begin his rehabilitation,

Within two weeks, the father-of-two had his tracheostomy removed and was able to start breathing again by himself.

In September, Mr Duckworth’s Jennifer sister, set up a GoFundMe page for her brother in an effort to raise money for equipment that would enable him to ‘live the best life he can’. 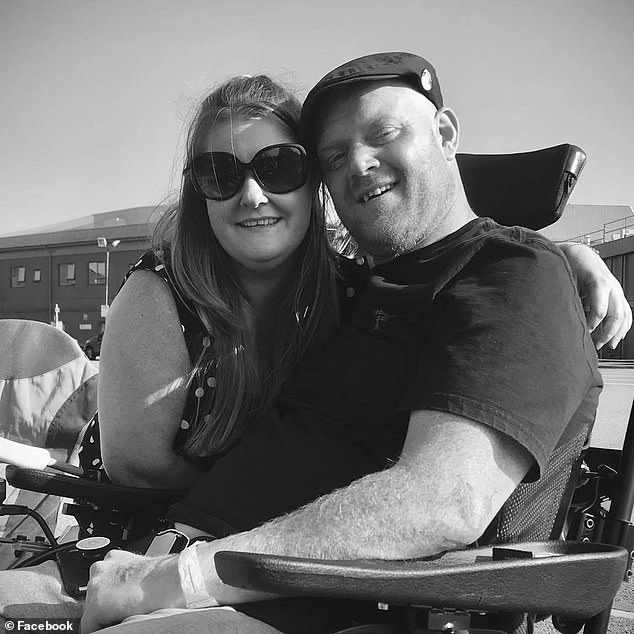 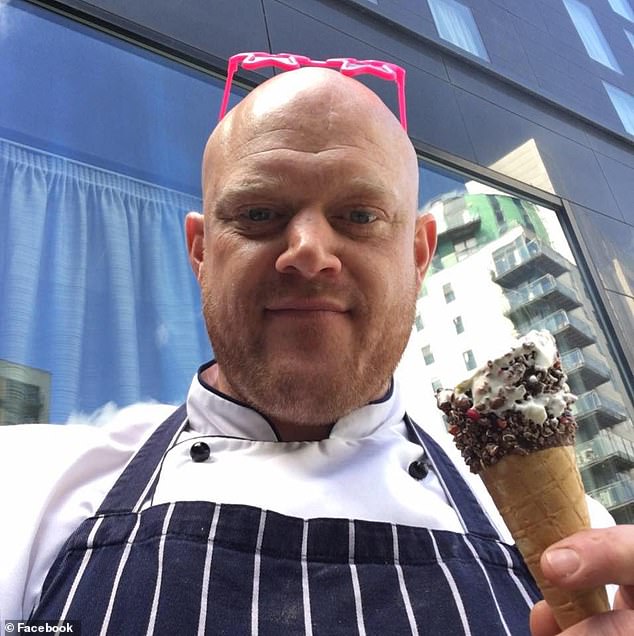 In a message on the page Jennifer wrote: ‘I can’t tell you how proud we are of Wayne.

‘He has managed to stay so positive, strong and determined and still have a sense of humour whilst having to come to terms with his life changing injury.

‘We have been informed that certain equipment is not currently funded through the NHS but is accessible to purchase privately.

‘For this reason I have setup this GoFundMe page. I want Wayne to continue to thrive and want him to be able to live the best life he can and as independently as he can when he is discharged.’