Fears have been sparked an entire maternity ward may have been exposed to Covid-19 after a confirmed case visited the hospital while infectious.

A gynaecologist at the Wollongong Private Hospital has been deemed a close contact of a Covid-19 case.

The doctor visited the patient before they did rounds at the hospital on Friday. 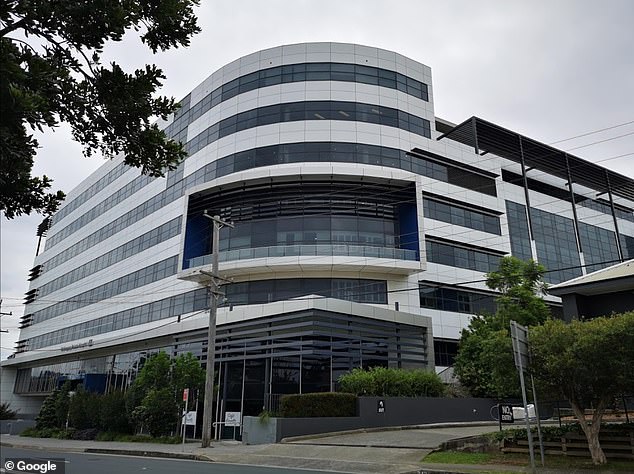 The confirmed case was unaware they were infected with the virus at the time they visited the centre, 7NEWS reported.

Other patients at the hospital have been contacted to inform them of the potential infection, and that deep cleaning of the ward and further testing was underway.

A spokesperson from the Illawarra Shoalhaven Local Health District told Daily Mail Australia a private healthcare professional who had been in contact with Covid-19 cases linked to the Bondi cluster had been quickly identified.

‘The healthcare professional is in isolation and has tested negative to date’, the spokesperson said.

‘The healthcare professional will remain in isolation for 14 days, regardless of test results. Comprehensive contact tracing has taken place. 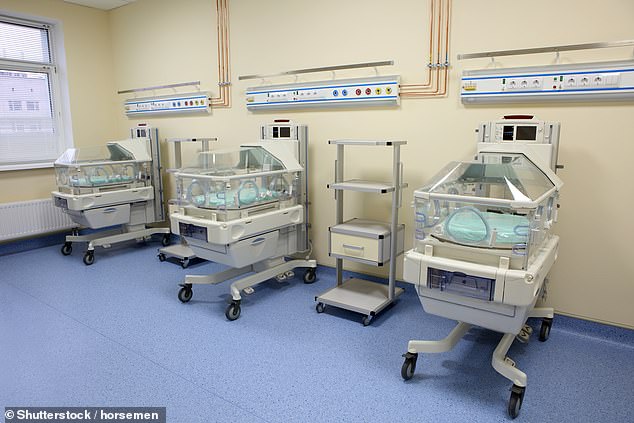 The doctor exposed to the infectious case remains in isolation and has tested negative to date, a spokesperson from the llawarra Shoalhaven Local Health District has confirmed

‘NSW Health always alerts the community as soon as possible when there is any risk to public health, including exposure venues related to confirmed cases of COVID-19.’

Below is a list of council areas where the mandate applies:

Another four cases are mystery infections with the source still unknown.

Twenty seven new Covid exposure sites have been added to Sydney’s growing list, which has plunged thousands across the city into isolation.

Businesses from Parramatta to Bondi were added to the list on Sunday evening, as the city enters the first hours of tightened restrictions.

Anyone who visited North Face, Country Road or Seed at the Drummoyne outlet centre on Tuesday June 15 between 11.35am and 1pm is considered a close contact.

Close contacts have been told to contact NSW Health immediately, get a Covid test and isolate for 14 days regardless of the results, due to fears of a false negative.

Shoppers who has visited any of the other venues on the list are considered casual contacts and must self-isolate until they test negative to coronavirus.

Premier Gladys Berejiklian said the recent spread in cases means masks must be worn across seven local government areas from 4pm on Sunday.

Residents are required to wear a mask in Randwick, Bayside, Canada Bay, Inner West, City of Sydney, Waverley and Woollahra.

Ms Berejiklian also announced face mask rules on public transport would be extended from Sydney to Wollongong and Shellharbour.

Masks must be work in retail, theatres, aged care facilities and for front-of-house hospitality staff, with restrictions to be taken further if cases continued to emerge.

‘You must wear a mask if you are in and around those seven local government areas,’ Ms Berejiklian said. 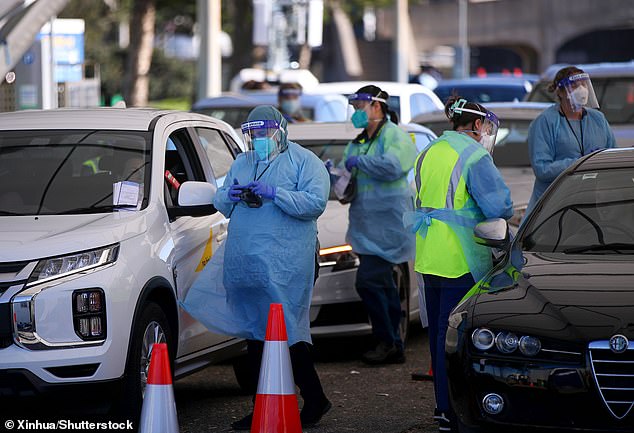 ‘That will include things like hospitality workers, shopping, retail shopping, any interactivity where you aren’t eating or drinking, you will need to wear a mask.’

The premier reiterated it was important for NSW residents to remain on high alert regardless of where they lived.

But Ms Berejiklian stopped short of bringing in any lockdown rules, saying it was not likely further restrictions would have to be brought in for the time being.

‘At this stage, we don’t think we will need to do further than what we have announced today,’ she said.

‘I know all of us are a bit fatigued after so many months of living with Covid but we can’t drop for now.’ 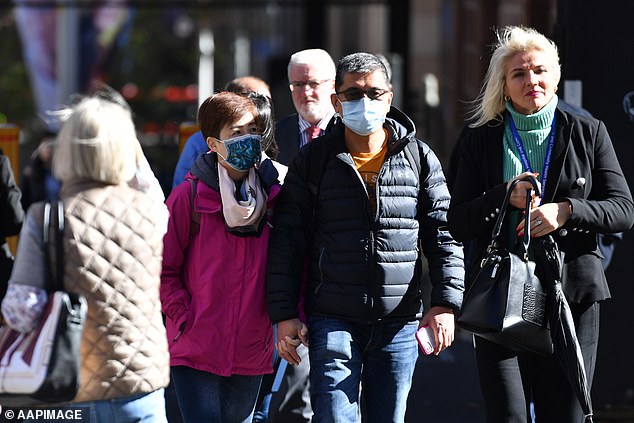 Residents are required to wear a mask in Randwick, Bayside, Canada Bay, Inner West, City of Sydney, Waverley and Woollahra

One of the new cases announced on Sunday was a 30-year-old man who visited Bondi, Surry Hills, Westfield Bondi Junction, and The Broken Drum Cafe in Fairy Meadow in the NSW Illawarra region.

The other case was a woman in her 30s who was a household contact of the man.

One was a woman in her 50s who was a close contact of a previously confirmed case while the other was a man in his 50s linked to a Salvation Army store.

The cases will be officially included in Monday’s figures.