A noisy pooch has put Scott Morrison in the doghouse with his neighbours.

The Prime Minister’s beloved black schnoodle Buddy has been making a nuisance of himself at Kirribilli House, barking non-stop all hours of the day and night after being cooped up due to the recent rain.

The noise hasn’t gone down well with residents near the harbourside residence on Sydney’s lower north shore.

One neighbour described the dog’s constant barking as ‘really annoying’. 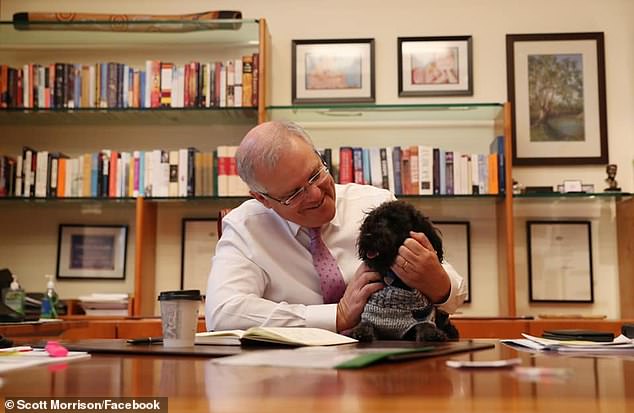 The Prime Minister’s beloved pooch Buddy has been upsetting the neighbours at Kirribilli House. He’s pictured with his owner at his parliamentary office Canberra

‘I hear the dog barking at all hours and he’s often standing at the gates and peering out by himself, looking bored,’ the unnamed neighbour told the Sunday Telegraph.

‘He’s just standing there hoping someone will interact with him. I feel bad when I go out for a walk and he can’t come with me.’

Another irate neighbour added the dog is often seen wandering back and forth along the gates of the sprawling home.

Since becoming aware of the complaints, the Prime Minister’s ‘kind’ wife Jenny has sent flowers to one of complaining neighbours and ‘called in to say hello’.

It’s also been reveled Mrs Morrison is the one who usually takes Buddy on his regular walks. 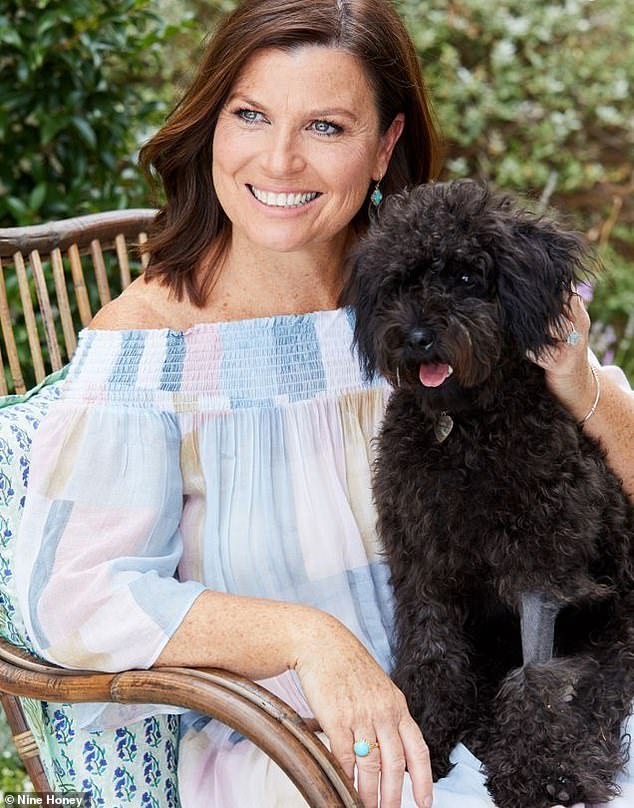 Mr Morrison’s office has admitted Buddy often gets ‘a bit excited’ by the ferries along Sydney Harbour and bush turkeys roaming around.

‘He’s a very happy dog and goes for regular walks,’ a spokesperson added.

North Sydney Mayor Jilly Gibson, who lives within 100 metres of Kirribilli House, said she  was unaware of any noise complaints.

She has offered to walk Buddy if the Morrisons need a dog walker. 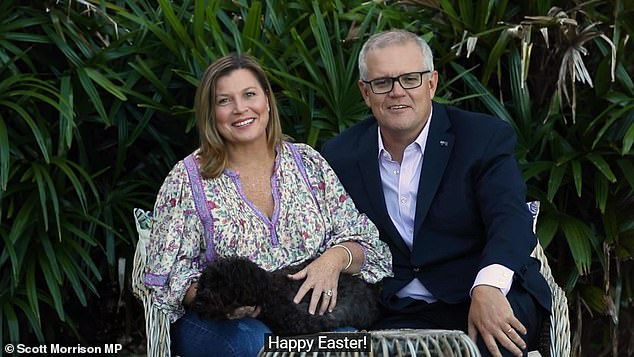 The dog became a much-loved member of Mr Morrison’s family long before he became Prime Minister in 2018.

The pooch spends much of his time at Kirribilli House alongside Charlie the family cat.

Buddy is often pictured with his owner at the Prime Minister’s parliament office in Canberra.

He also makes regular appearances in the Prime Minister ‘s Christmas and Easter messages alongside Ms Morrison and their two daughters Abbey and Lily. 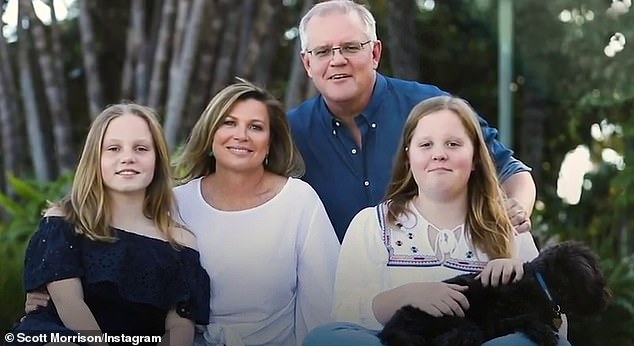 Syria … a huge fire on Pakistan Street in Damascus (photos)