In the 1990s and early 2000s, HBO’s Sex and the City was just as well known for its influence on fashion, with revered stylist Patricia Field in charge of the wardrobe department, as it was for its racy scenes.

To this day, Carrie Bradshaw is a byword for iconic style in fashion bibles such as Vogue, and with the announcement that the show is making a comeback, fans have rushed to the internet to start recreating her looks.

Consumer shopping app LIKEtoKNOW.it recorded that searches for Manolo Blahniks, berets and Carrie Bradshaw have skyrocketed by as much as 2,900 per cent since the announcement the show is set to grace our screens once again.

However, revisiting the show today proves that some of the outfits showcased by Carrie, Miranda, Samantha and Charlotte were more car crash than chic – namely tie dye leggings, dubious cowboy hats and baggy dungarees.

One dubious Carrie outfit involves a tying up a white shirt to make a crop top, while wearing the matching belt from her skirt around her midriff, while  another episode sees her strutting around in a pair of tie and dye leggins and a Chanel sweater, topped with a blue bandana.

For the Sex and the City movie of 2008, Cattrall donned a houndstooth jacket over a blue dress with a plunging neckline and a red fedora, while Miranda raised eyebrows in a pair of baggy blue dungarees with a puffer coat and baseball cap.

Here Femail reveals some of the show’s worst fashion disasters that might make you think twice about giving your wardrobe a Sex And The City revamp. 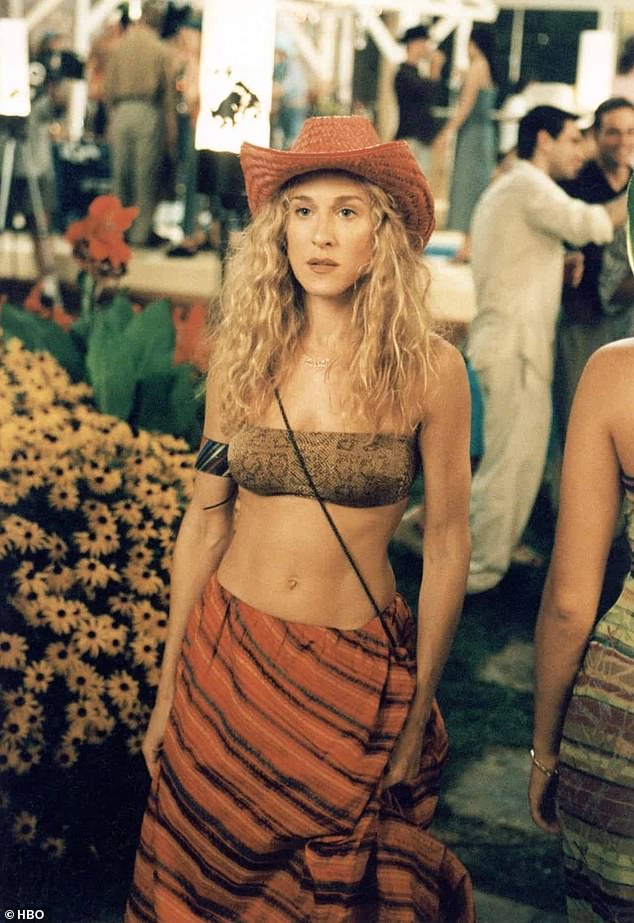 With HBO’s Sex and the City coming back to the small screen for a new season, Femail looks into the shows’s worst outfits. Pictured: Sarah Jessica Parker as Carrie Bradshaw, attending a beach party in the Hamptoms with a tube top, large skirt and cowboy hat

The show was revered for its fashion, but it does not mean there are no style mishaps in its wardrobe department

Miranda Hobbes, played by Cynthia Nixon, left, had the worst wardrobe, according to costume designer Patricia Field. But Samantha Jones, played by Kim Cattrall, right, was no stranger to bizarre outfits either 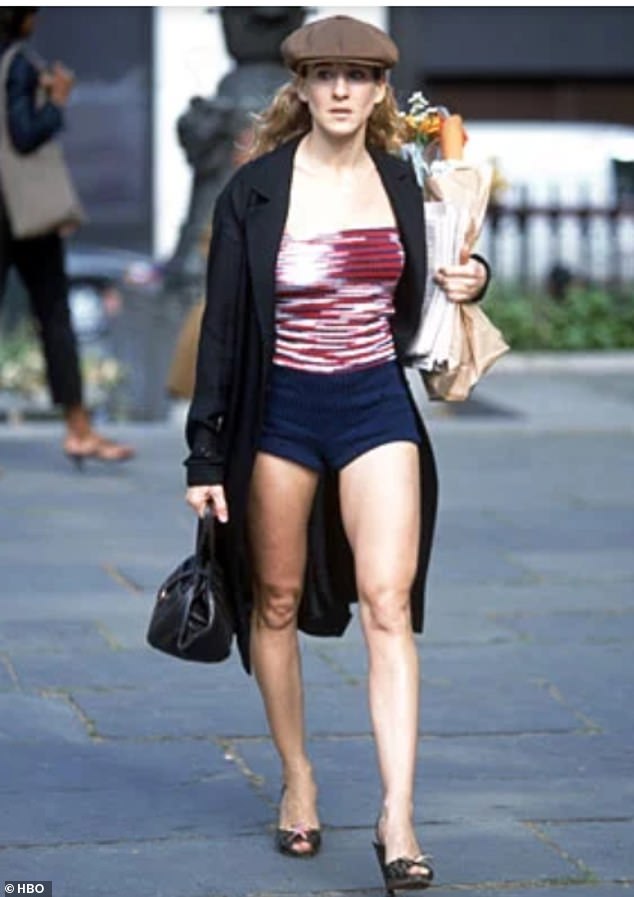 Searches for Manolo Blahnik and Carrie Bradshaw skyrocketed since the announcement the show was making a comeback. But will people be looking for this daring short and bustier, accessorised with a grandpa cap and baguette combo? 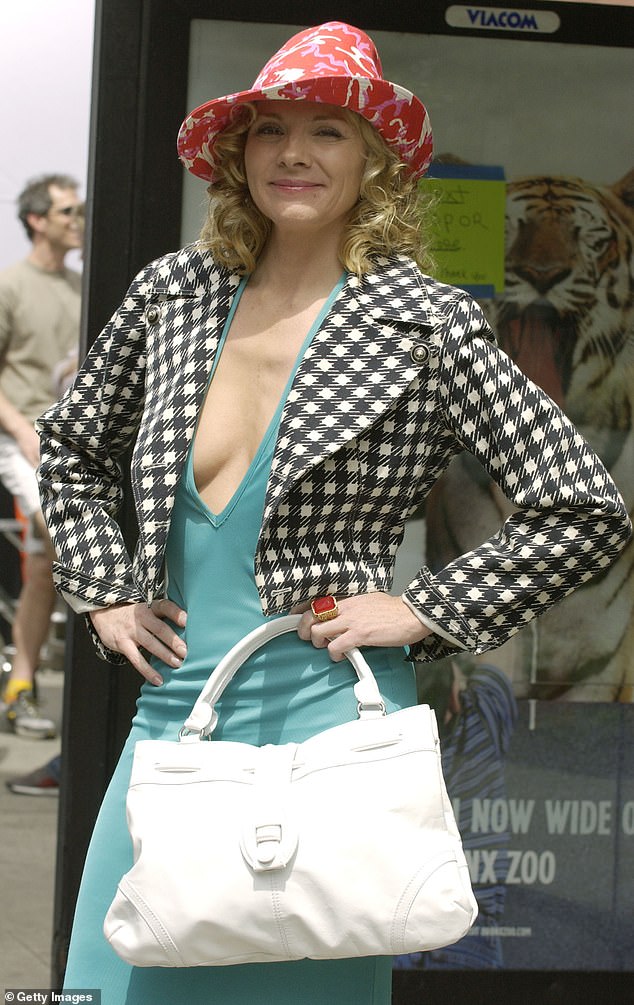 Samantha Jones in a blue dress with a plunging neckline, a houndstooth jacket and a red fedora 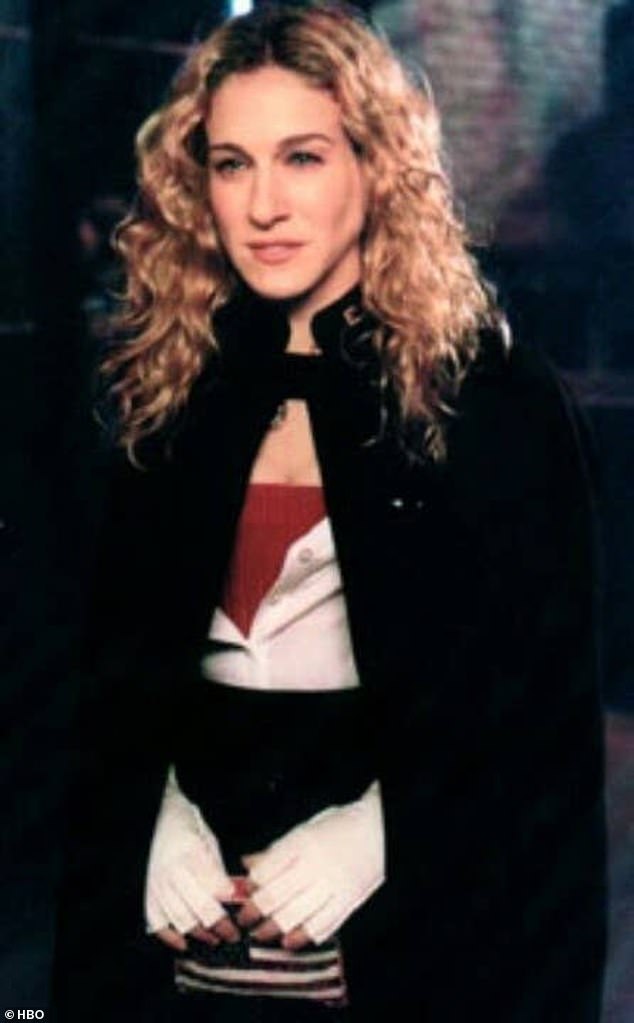 Carrie Bradshaw had the most fashion-forward wardrobe of the cast, but was not immune to questionable choices, like this white mittens and cape look she donned during an outing with the girls on season 3 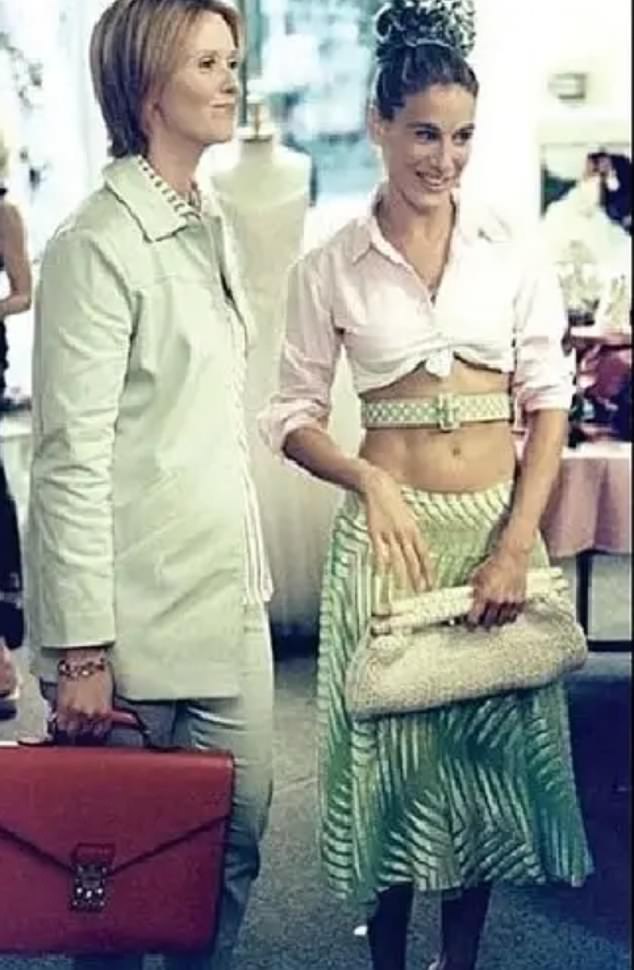 In the show’s fourth series, Carrie wore a green belt tied around her waist like you would a bracelet, below a tied up shirt and with a dropped waist skirt 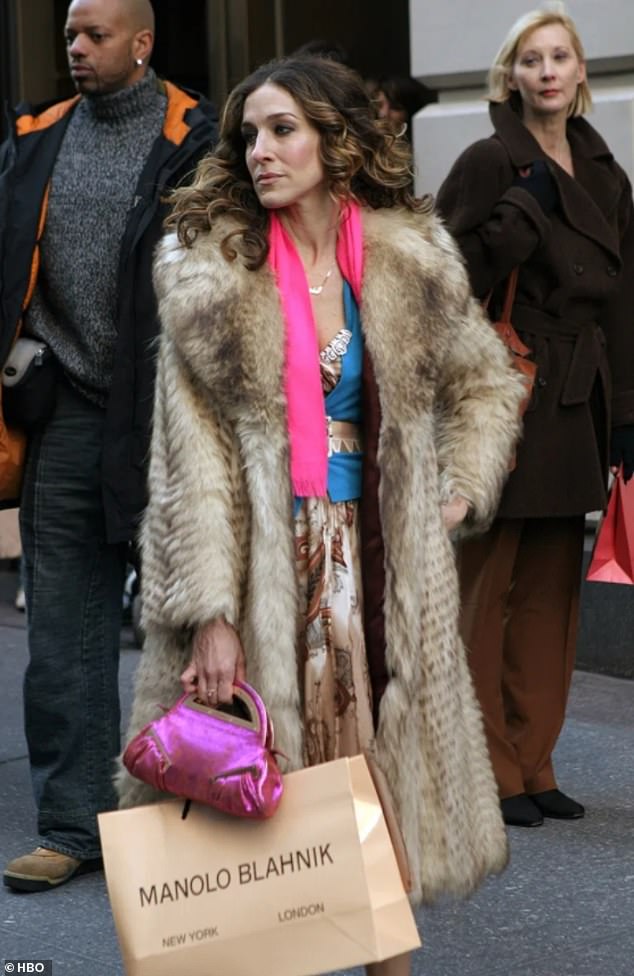 The show’s last shot showed Carried in a fur coat with a satin dress underneath a blue bustier, accessorised with a pink handbag and scarf 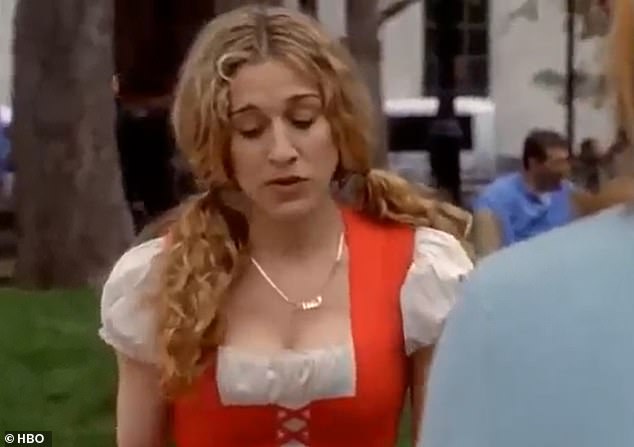 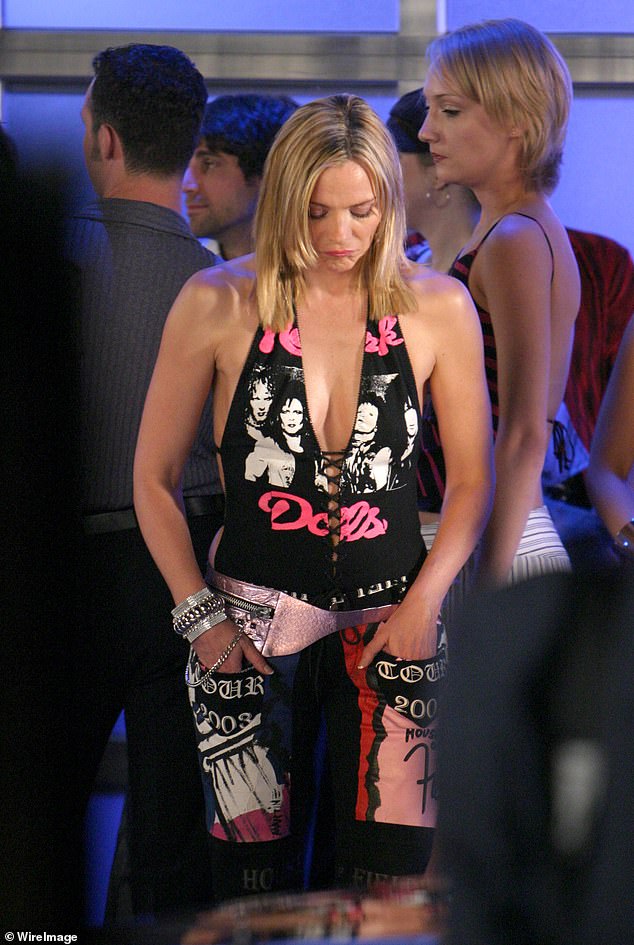 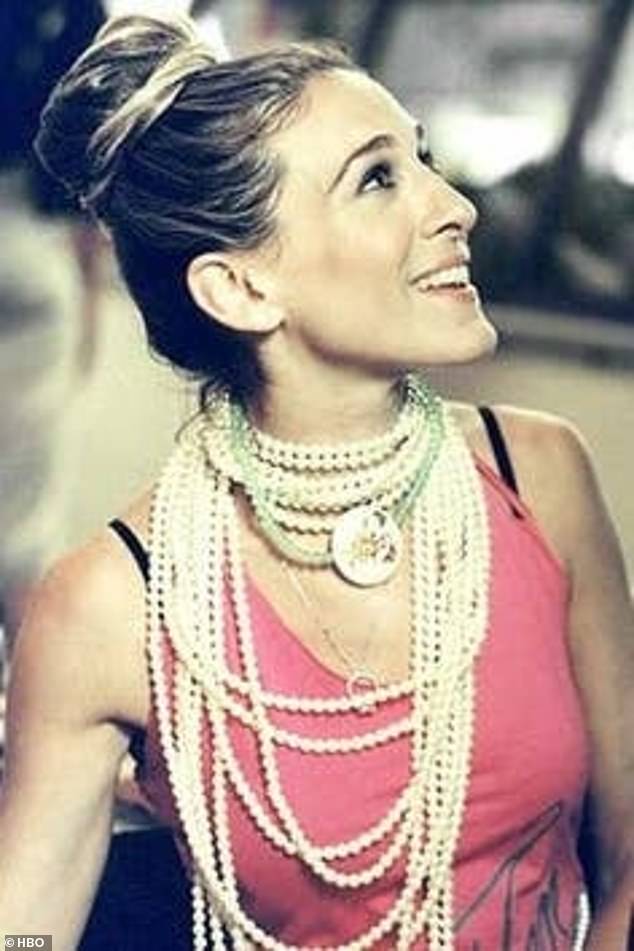 In season four, Carrie, who just got engaged, drowns the engagement ring she wears as a necklace under a shocking amount of purples 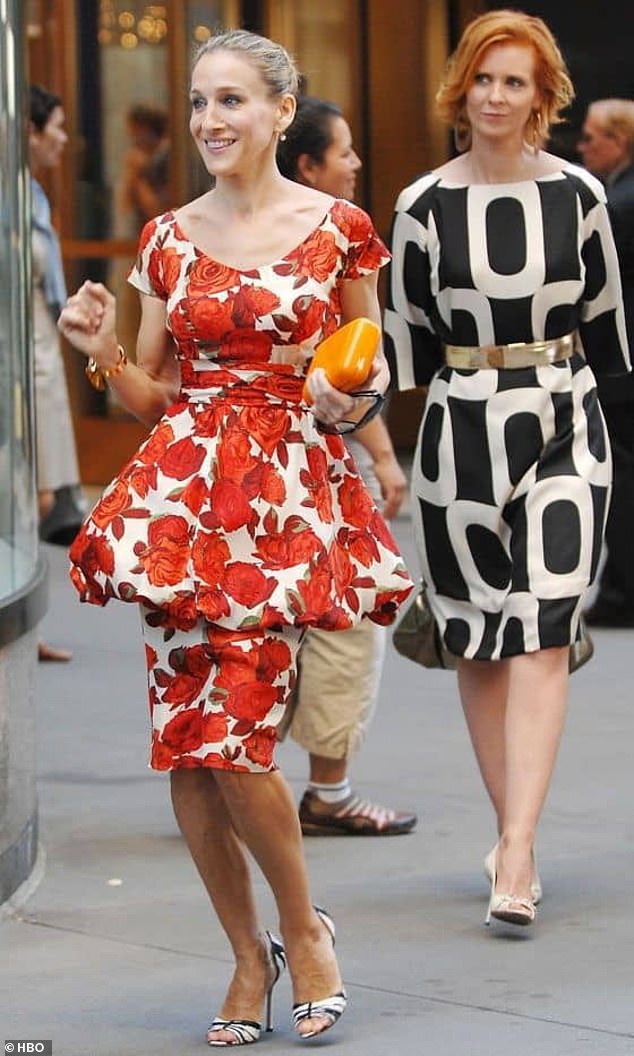 While the show is known for its designer closet, certain pieces, like this floral dress with a poof skirt, did not convince viewers 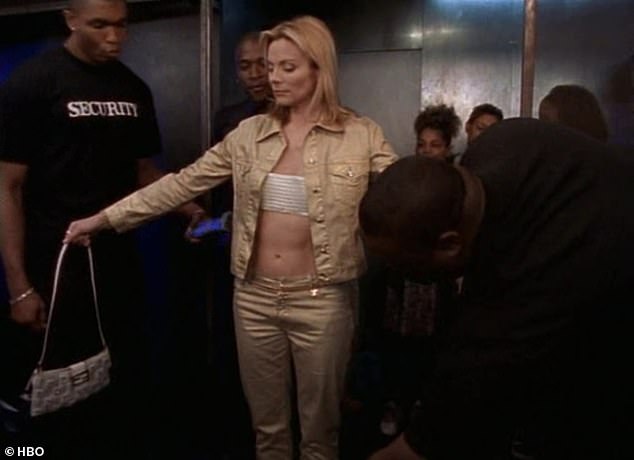 Samantha Jones’ idea of a ‘r&b look’ during her affair with a music producer, with a tube top and a golden ensemble 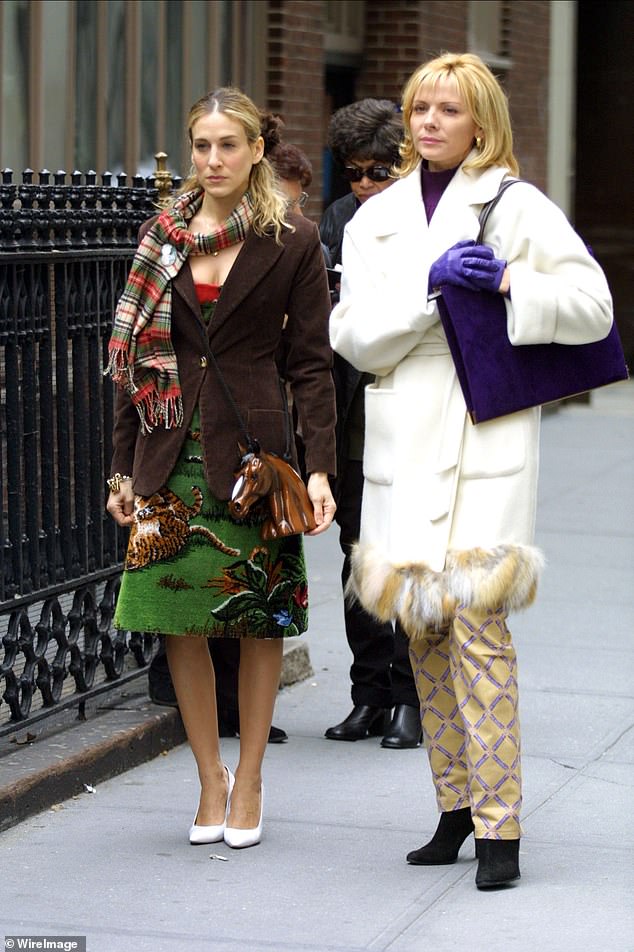 Samantha Jones in a white coat with fur lining and a straight trouser with purple squares, accessorised with a purple bag and gloves 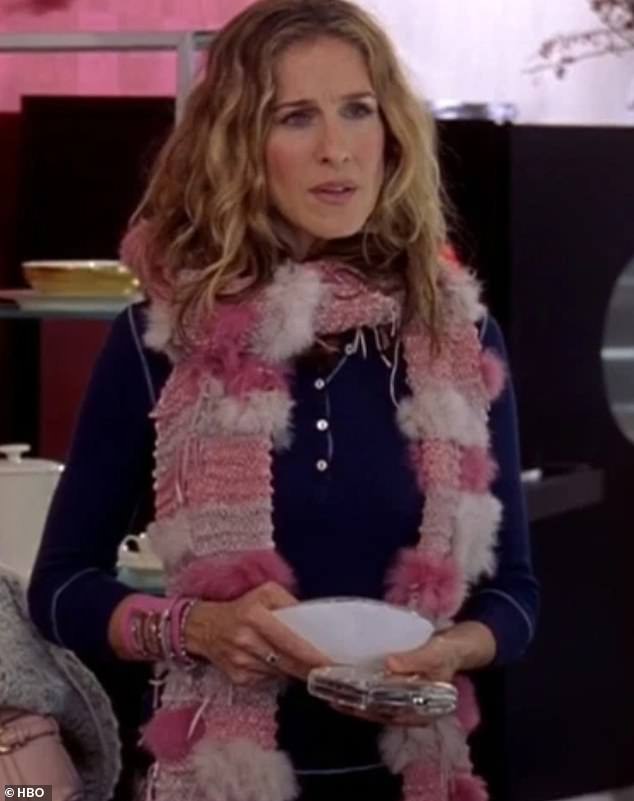 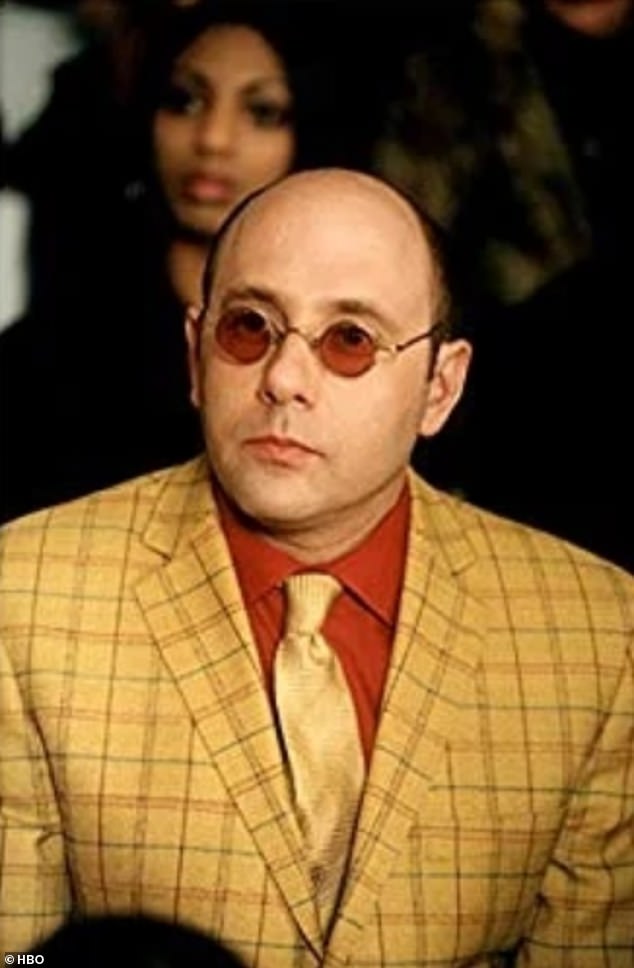 Men were not spared on the show either. Willie Garson, who played Carrie’s gay best-friend Standford Blatch, wore nothing but questionable colourful suit the whole runtime of the show, like this mustard pick with a red shirt 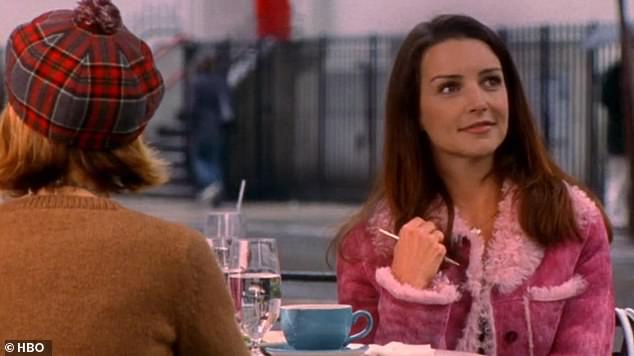 Even Upper East Side princess Charlotte York, played by Kristin Davis did not escape a few fashion mishaps, like this blush pink jacket

Amazon's The Lord of the Rings Prequel: The Second Age Explained

Police clashed with pro-Navalny protesters in central Moscow, in some cases beating those who attended rallies....