Female crime gang terrorise Sydney in late night crime spree ‘robbing servos with an AXE, knives and a hammer to steal cash and cigarettes’ being speeding off in a Mitsubishi Lancer

The pair are alleged to have staged the hold ups to steal cash and cigarettes, threatening employers with an axe, knives and a hammer before fleeing in a stolen car.

At 11.45pm on Friday night, police were called to a service station on Heathcote Road, Moorebank.

Upon arrival, police were told two people allegedly armed with an axe and knives had stolen money and cigarettes and fled the scene in a Mitsubishi Lancer.

A short time later, police were called to a service station on Nuwarra Road near Newbridge Road, Moorebank, just after midnight following reports two people allegedly threatened the employee with a knife and axe.

Prior to police arrival, the pair fled the scene with cash and cigarettes.

The third incident, police were called to a Camden Valley Way near Gellibrand Drive, Edmondson Park, about 1.15am, after the employee was allegedly threatened with a hammer, before two people fled the scene with cash.

Prior to police arrival,  the pair fled the scene with cash and cigarettes after threatening employees with a knife and axe

Following inquiries, with assistance from the Dog Unit and Campbelltown City Police Area Command, the Mitsubishi Lancer was located on Commissioners Drive, Denham Court, and two women were arrested about 1.30am.

During a search of the vehicle, police seized number plates – believed to be stolen – knives, an axe, cash and cigarettes.

The women – both aged 23 – were taken to Liverpool Police Station where they are expected to be charged.

No injuries were reported as a result of the incidents. 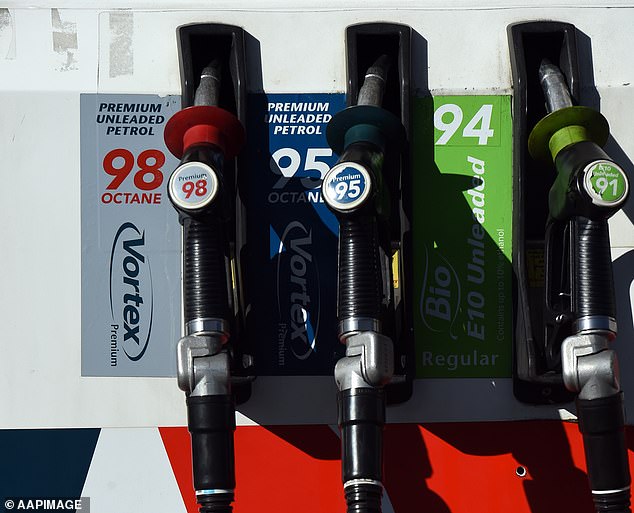 Sources in the Suez Canal: Efforts to float the delinquent ship were suspended and resumed on Saturday