NYPD are searching for a man who assaulted a woman in the Queens neighborhood of Jackson Heights at around 1:45am on May 30 in yet another act of transit violence that has been plaguing the city in recent months.

The suspect, named as Manuel Gonzalez, allegedly began arguing with the 41-year-old woman before the assault at the Broadway and Roosevelt Avenue station, according to the department.

He is said to have known his victim, although investigators have not disclosed any further details of the relationship between the two.

Authorities say the 5-foot-8, 160-pound Gonzalez then grabbed the woman’s hair before pulling her to the ground with it, where he began choking her and punching her.

A Good Samaritan at the scene ultimately rescued the woman from her attacker, with Gonzalez then said to have jumped on a southbound F-bound train, before fleeing. 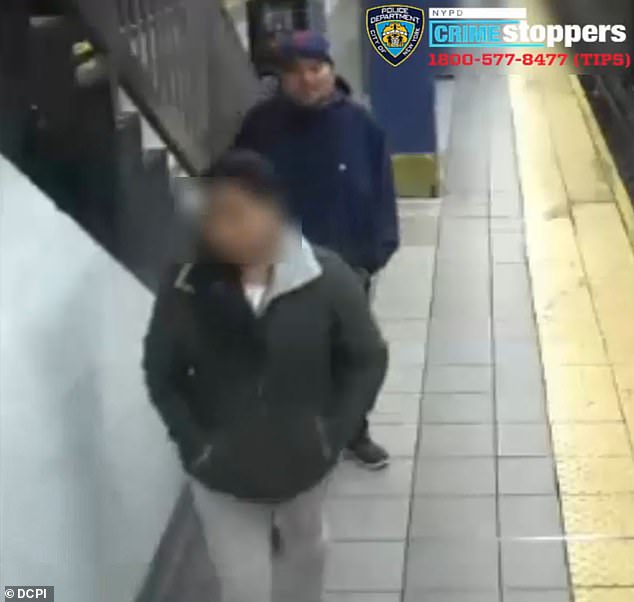 NYPD are searching for a man who assaulted a woman in the Queens neighborhood of Jackson Heights at around 1:45 am on May 30 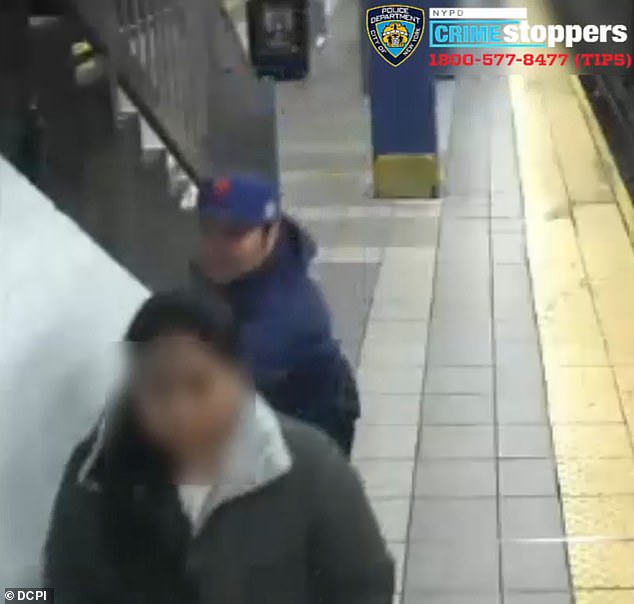 The woman was taken to an area hospital, where she was treated for minor injuries and later released, according to the NYPD.

Police, who released images and video of the vicious assault, are now asking for the public’s assistance in locating Gonzalez.

Cops describe Gonzalez as between 30 and 35-years old, with a medium build. He was last seen with a beard and closely-cropped brownish hair, along with a blue hate, blue hoodie sweatshirt and black jeans.

The attack is one of many that have recently taken place in the city’s subway and transit system.

In March alone, there were 309 police reports made over subway-related crimes, ranging from felony assaults to sex crimes, according to an NYPD complaint report. Another 46 separate crimes were reported that occurred on a bus.

A month prior, there were 246 transit crimes were reported to police in February, with another 39 crimes having occurred on a bus. 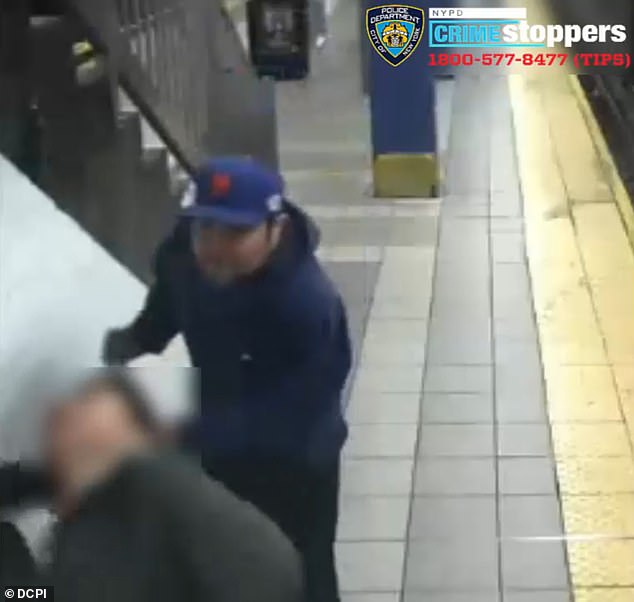 Police released photos and video of Gonzalez, who they say knew the victim, but would not further explain the nature of their relationship

Disturbing examples of these attacks have hit the headlines in recent months.

On June 18, a man was slashed on the head in a busy Times Square subway station during the evening rush hour, before the suspect fled in another brazen case of transit violence.

The 35-year-old victim in that case was waiting for a 1/2/3 train just before 7pm before the brazen attack in the Big Apple’s busiest station, according to the New York Post.

That slashing came after another man was stabbed five times on a platform at the 59th Street-Columbus Circle station on June 16, after he tried to break up a fight between a man and a woman.

On June 14, an unidentified man attacked two people with a rock after an argument became physical on a Brooklyn-bound subway.

And in May, another woman was attacked in an unprovoked stabbing on the subway before a passing journalist jumped in to save her.

In that attack at Union Square station on Wednesday 19th May, 54-year-old Kelli Daley was jumped by a man identified as 22-year-old Joshua Nazario.

Police said Nazario slashed Daley across her left shoulder, collarbone, and upper chest while she was waiting on the southbound N, Q, R platform for the train around 10.10pm.

The NYC’s metro region’s transit agencies received $5.6 billion in funding back in January near the height of the COVID-19 pandemic after a federal relief bill was approved, however most of that money went to securing transit employee employment in the face of mass layoffs and cutbacks, according to AMNY.

The MTA also acquired another $2.9 billion in a loan taken from the Federal Reserve to help prevent such cutbacks.

New York transit bosses hope subway crime will fall as people return to the network post-COVID, with busier platforms and cars acting as a natural deterrent to would-be criminals.

PIC EXC: Katie Price looks proud as she takes son Harvey to get a haircut

Lockdown policing: Cracking down on the coronavirus rule breakers

Boris Johnson might deliver in regards to the first Conservative Social gathering cut up in practically...