A female RAF parachute instructor has died after her canopy failed to open on a training jump.

The woman plummeted to her death at Weston-on-the-Green airfield in Oxfordshire.

An investigation, led by the British Parachuting Association, has been launched into her death. 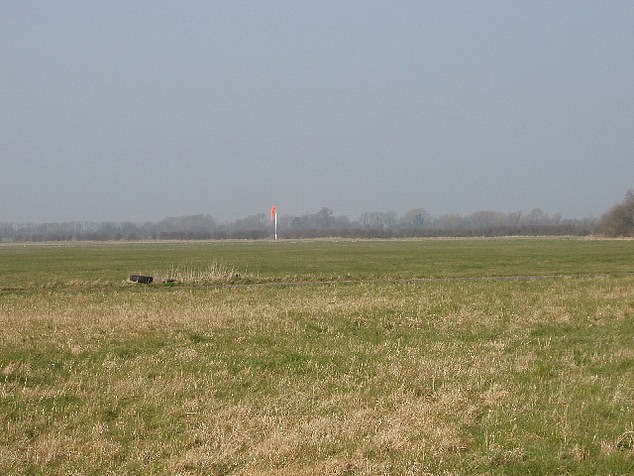 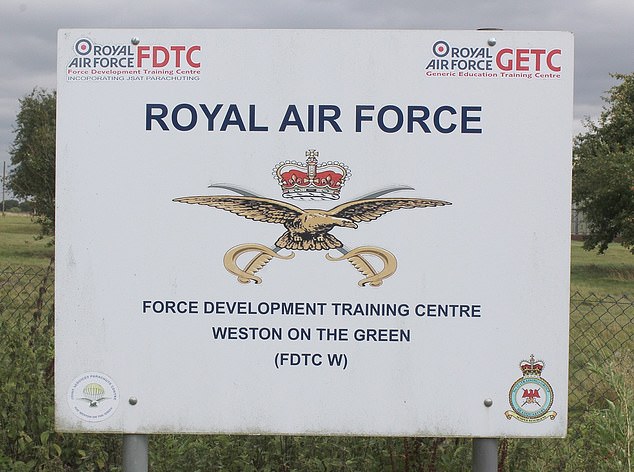 The woman, whose identity has not been released, fell to her death at RAF Weston-on-the-Green on Thursday

Sources said there may have been issues with her Automatic Activation Device (AAD), which is supposed to ensure a parachute opens once the jumper reaches a low altitude.

According to unconfirmed reports, the woman, believed to be in her early 30s, had jumped alongside tandem jumpers – a novice parachutist attached to an instructor – and may have been recording their descent with a camera.

The investigation will include examination of the instructor’s equipment, which was recovered from the scene, and interviews with those who jumped with her. Any recoverable footage from the camera will also prove crucial.

It is understood Thursday’s tragedy occurred during an adventurous training assignment rather than a military exercise and the victim and others had jumped from a light aircraft at an altitude exceeding 12,000ft.

A source close to RAF Weston-on-the-Green said: ‘Sometimes jumpers rely on an AAD to inform them when they have reached a pre-selected altitude to deploy their parachute.

‘The investigation will seek to confirm whether or not the AAD was effective in this circumstance.’

The airfield is used by the RAF’s No 1 Parachute Training School.

An RAF spokesman said: ‘We can confirm that a service person has died at RAF Weston-on-the-Green. Our thoughts are with the family, friends and colleagues at this time.

‘The incident is being investigated and it would not be appropriate to comment further at this stage.’ In 2015 the British Parachuting Association investigated an incident involving experienced parachutist Victoria Cilliers who was seriously injured after a jump in Wiltshire.

The BPA studied her parachute and found that vital parts had been sabotaged. This led to a police investigation into her husband Emile Cilliers who was found guilty in 2018 of attempting to murder her by tampering with her rigging. He was sentenced to at least 18 years in prison.

Dow Jones, S&P 500, and Nasdaq continues to trade in a bull market, although the U.S. job report disappointed

Italy set a record after the draw against Switzerland