Manchester City were left counting the cost of injuries again with Nathan Ake and Fernandinho the latest fitness scares for Pep Guardiola.

Ake suffered a groin injury in the hours before the 3-1 victory over Porto, with Fernandinho forced off with a muscle problem only five minutes after his introduction as a substitute.

There are now concerns over six first-team players ahead of Saturday’s trip to West Ham, with Aymeric Laporte, Kevin De Bruyne, Gabriel Jesus and Benjamin Mendy also missing for the Champions League opener. 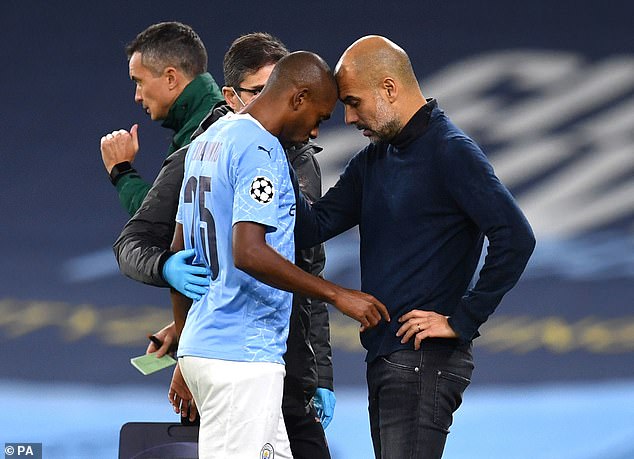 De Bruyne and Laporte are expected to start light training on Thursday but the Premier League clash against the Hammers may come too soon.

‘It is bad news with Fernandinho,’ Guardiola said. ‘He has a problem in his leg, he could be out for four or six weeks. 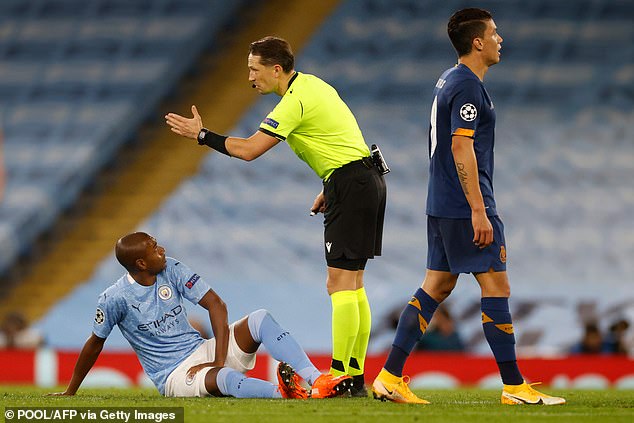 ‘It’s so demanding the schedule and we need all the players. It’s a short recovery. We did the perfect performance in the second half tonight. Porto are a really good team. It’s nice to win games while suffering.’

City’s players are also fearful of the heavy workload and depleted numbers as they battle on four fronts this season.

‘If I am being honest, we are struggling a little bit with Fernandinho going off,’ goalscorer Ilkay Gundogan said. 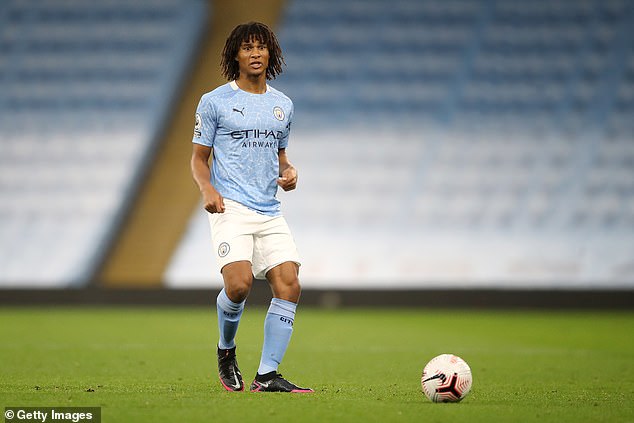 ‘We have players in different conditions, I am not 100 per cent there because of (contracting) Covid. We are all in different moments, and it will not end for a while, but we have enough quality players so Pep will not have a problem to pick players.’

Guardiola understands that his squad will take time recapturing their form and took a swipe at the Premier League’s three substitutes rule.

The City manager added: ‘Ilkay came from Covid, he didn’t have a pre season, but his personality is important. Like Sergio (Aguero), they need minutes. UEFA made a wise decision to allow five subs that’s why we could manage a bit better.’

John Leslie thanks his supporters

‘My stammer has made 2020 more difficult’

'My stammer has made 2020 more difficult'