Fewer than 20% of Americans say they would get a COVID-19 vaccine if President Trump says it is safe, survey finds

The majority of Americans say they would not get the first coronavirus vaccine that approved in the US if President Donald Trump says it is safe, a new poll suggests.

Conducted by Axios-Ipsos, the report found less than 20 percent said they are ‘very or somewhat likely’ to receive the jab against COVID-19 if was endorsed by the commander-in-chief.

That figure is much lower than other scenarios presented to the survey respondents.

The survey comes as many Americans fear the FDA is under political pressure by Trump to approve an immunization before the November 3 presidential election. 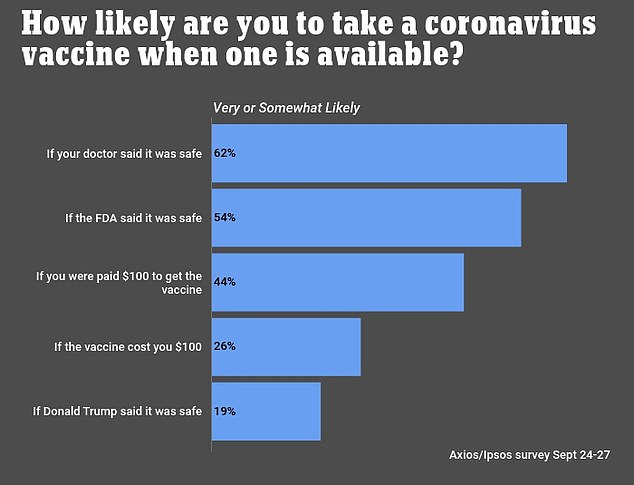 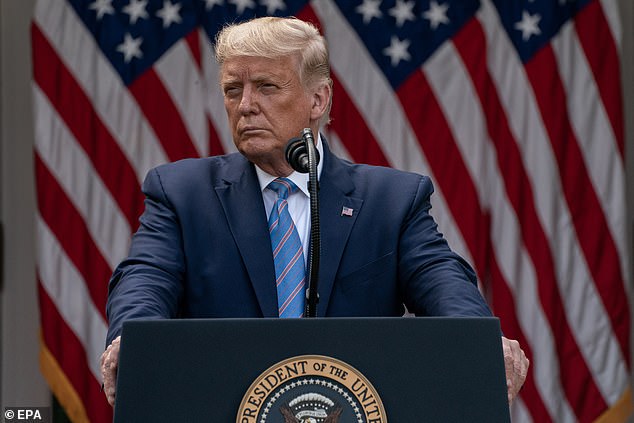 Only 19% of Americans said they would get the jab if President Trump says it is safe. Pictured: Trump gives an update on the nation’s Coronavirus Testing Strategy at the White House, September 28

At least 10 are currently in large-scale trials in humans to prove the jabs are both safe and effective.

Earlier this month, it was revealed CDC officials told state health officials to be prepared to distribute a vaccine by late October or early November.

This has left many to fear that safety and efficacy regulations will be relaxed in order to get a vaccine on the market as soon as possible.

Respondents were given eight scenarios and asked how likely they were to receive the vaccine in each one.

Results showed that 62 percent said they were very or somewhat likely to get the vaccine if their doctor told them the jab is safe.

A mere 19 percent said they would receive the vaccine if Trump vouched for it.

Trust also fell across all aspects of the executive branch, according to the poll. 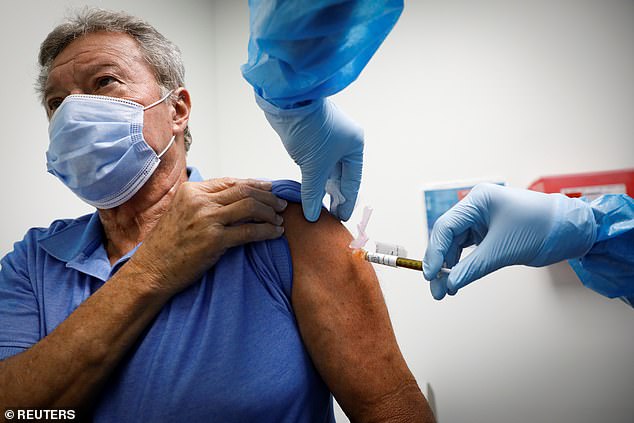 About half of respondents said they would be immunized if they were paid $100 or if they could get it at a drive-thru clinic. Pictured: A volunteer is injected with a vaccine as he participates in a coronavirus vaccination study in Hollywood, Florida, September 24 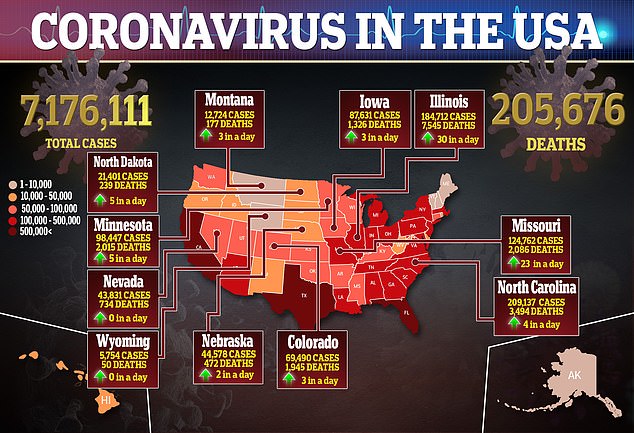 Only 28 percent said they trust the White House to provide them with accurate information about COVID-19 and only 27 percent say they trust Trump.

‘You don’t want to be the least credible on one of the primary issues of the day,’ said Cliff Young, president of Ipsos US Public Affairs, in a statement to Axios.

‘Not only is he not an expert, but he’s undermined his own credibility. He’s flip-flopped and twisted and spun things when it comes to the science around the virus.’

During the presidential debate on Tuesday, Trump assured that a vaccine is coming ‘very soon’ despite public health experts warning that a vaccine will not be available for mass distribution likely until summer 2021. 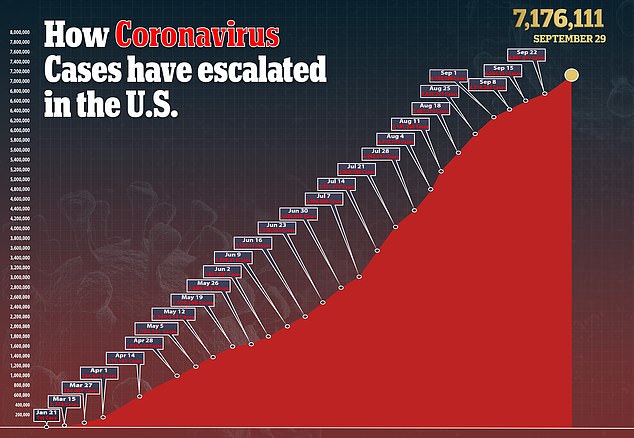 Help save a local business

Nine NFL teams poised for playoff breakthrough in 2020, including two that haven't gone in more than a decade

Nine NFL teams poised for playoff breakthrough in 2020, including two that haven't gone in more than a decade