A mother-of-two is confined to a wheelchair in constant pain after a surf lesson went horribly wrong due to a rare condition that has doctors stumped.

Roisin Clark woke up before sunrise on December 10, 2019, and excitedly got ready for her very first surfing lesson at Maroochydore Beach, on Queensland‘s Sunshine Coast, before work.

On a beautiful summer morning she and her best friend posed for a photo in front of their large learner surfboards, ready to get on the ocean.

That photo would be the last one ever taken of the graphic designer standing on her own. 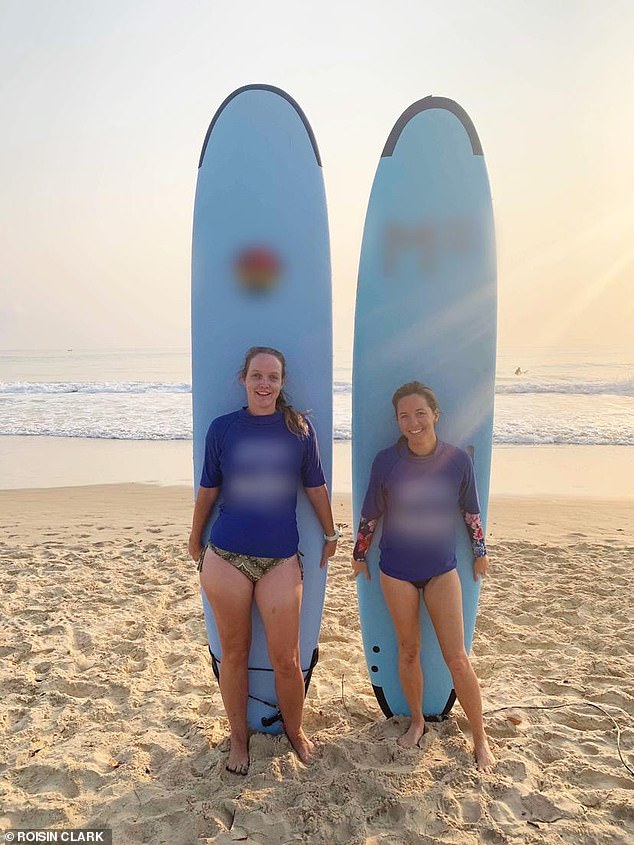 Pictured: A photograph of Roisin Clark (right) and her best friend before a surf lesson. It would be the last photo ever taken of her standing up on her own 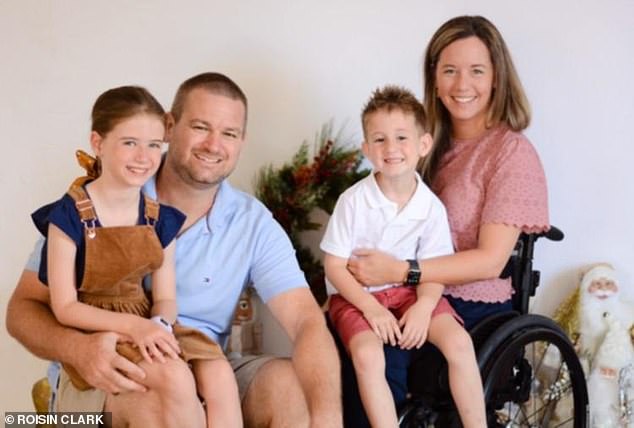 Pictured: Roisin Clark with her husband Matt, who is a police officer, and their two children, age six and nine

Ms Clark, 36, said the group of beginners practiced paddling on the sand and dived into the surf to catch some small one-footer waves, but halfway through she started to feel a pain in her lower back.

‘I continued with the class because I didn’t think it was that bad, but by the end I was in severe pain,’ she told Daily Mail Australia.

‘But I didn’t think it was too serious – I thought I just overworked my core.’

Ms Clark, who was an enthusiastic gym-goer at the time, trailed behind the rest of the group while they made their way back up the beach after the lesson.

Riddled with pins and needles, she asked her friend to rinse her board off while she went and sat in the car.

‘She drove me five minutes from Maroochydore to Alexandra Headland, pulled up alongside my driveway to let me out, but I couldn’t move,’ she said.

‘My friend came around to my side of the door and held her hands out to help me stand, so I lifted my legs outside the door but fell down on the door jamb and lay on the driveway.’ 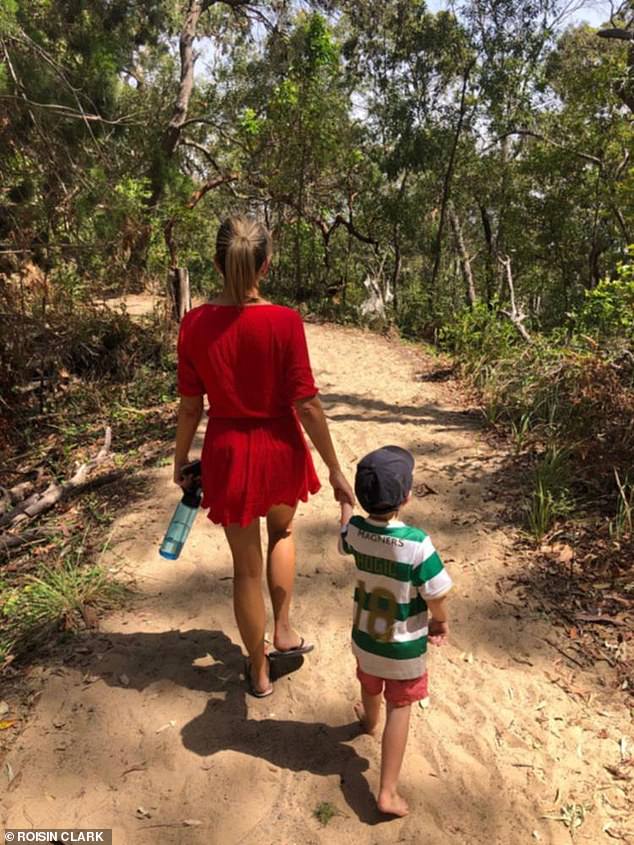 Pictured: Roisin Clark walking with her young son before she was paralysed from the waist down 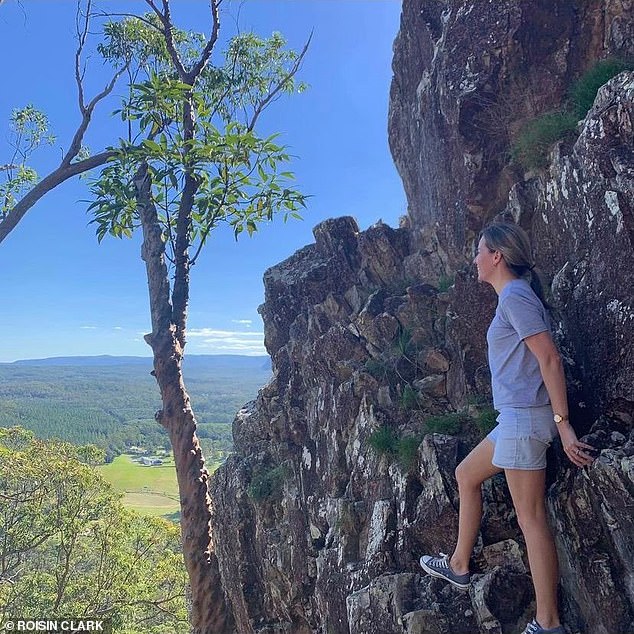 An ambulance was called and Ms Clark was quickly taken to hospital where doctors repeatedly asked if she fell off the board or hit the sand, ‘which I hadn’t,’ she said.

When and MRI and CT scan revealed a perfectly normal-looking spine, doctors were puzzled because she was in excruciating pain.

They gave her steroids to reduce any inflammation, but there was none, and – after five months in hospital – eventually told her there was nothing they could do.

The mum said she felt ‘surprisingly okay’ because the situation didn’t feel real and she didn’t know anything about spinal cord injuries.

‘But in the days and weeks and months after I went home, new challenges arose every day,’ she said. 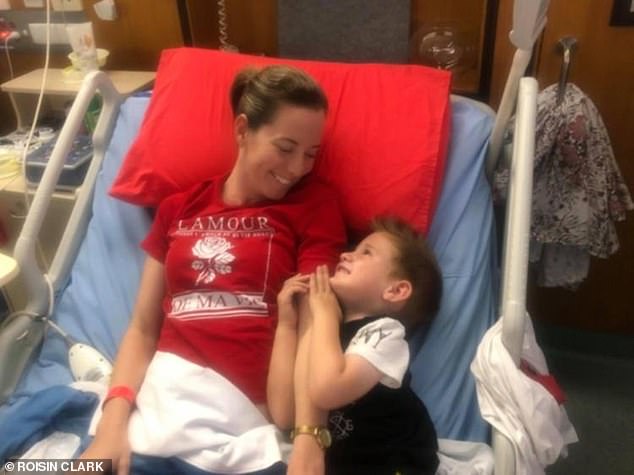 Pictured: Ms Clark with her son in hospital. She was in hospital for five months and still lives in chronic pain 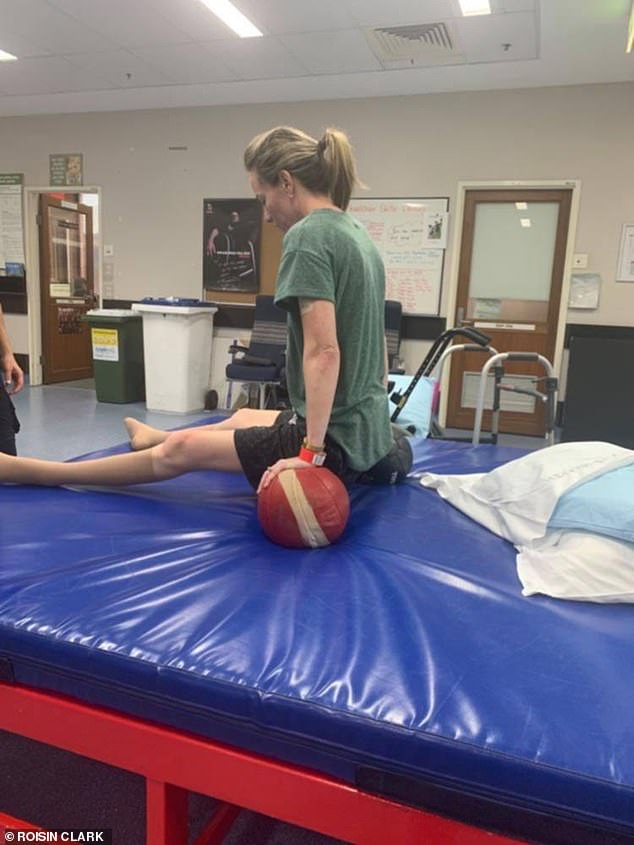 Pictured: Ms Clark in rehabilitation after her surf lesson. She believes she has surfer’s myelopathy – an ultra rare condition 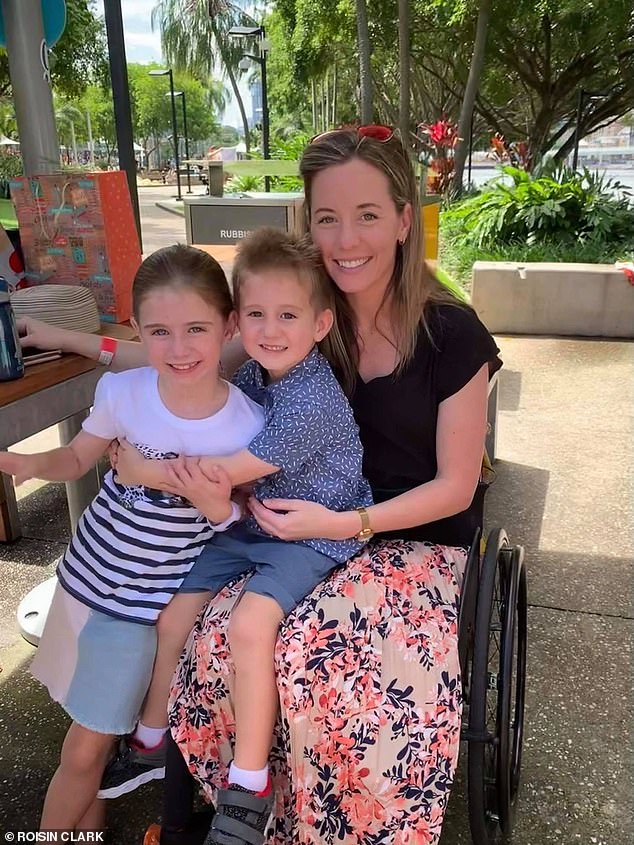 WHAT IS SURFER’S MYELOPATHY?

The majority of cases have been reported in younger patients under 40 years of age.

All sufferers have experienced back pain after hyperextending their spines on a surf board.

After returning to shore, they discover they can barely walk and go on to experience paraplegia, and loss of bladder and bowel function.

There are no standardised treatment options because it is very rare and poorly researched.

Baffled by her unexplained paraplegia, Ms Clark’s sister did some research and she believes she has surfer’s myelopathy – a rare condition brought on through a non-traumatic injury.

Sufferers are almost always people who have been surfing and is caused by hyperextension of the back, and Ms Clark said the description matches her circumstances exactly.

‘The cells died all the way down to the end of the spinal cord,’ she said. ‘The doctors knew I had a spinal injury but they didn’t know what surfer’s myelopathy was – there’s not much research into it.’

Ms Clark is now riddled with pain that she describes as feeling like a thousand bee stings around her waist.

She has been prescribed cocktail of painkillers to help her get through the day as painlessly as possible, does not have normal bowel or bladder function, and constantly deals with pressure injuries and blood clots.

‘From my middle down to my toes feels like burning pins and needles, which is nerve pain – damaged nerves in my spinal cord are sending these different messages, and I also get stomach spasms which feels like a baby kicking,’ she said.

‘But I also can’t feel the sun on my legs, I can’t reach my own front door, and I can’t comfortably hug my family from in a chair.’

To help give her some independence, a family friend set up a Go Fund Me campaign to help raise money for a car with modified seats, doors, space for a wheelchair and electronic features to allow her to control the car without using her legs. 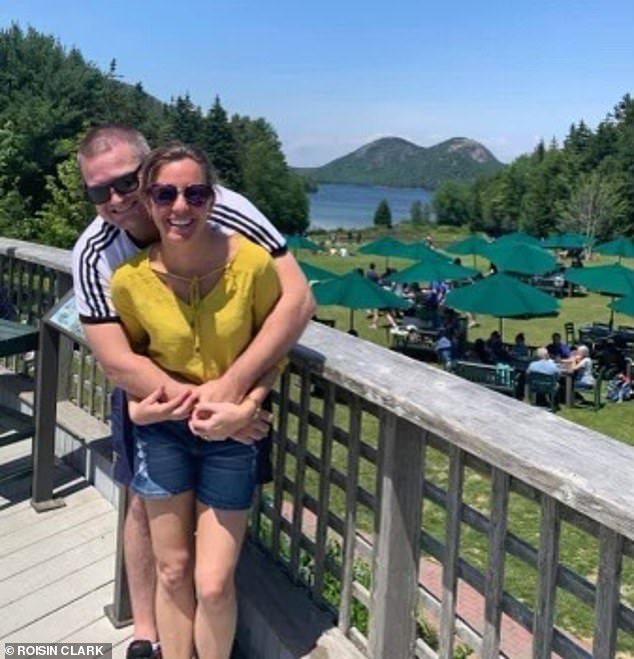 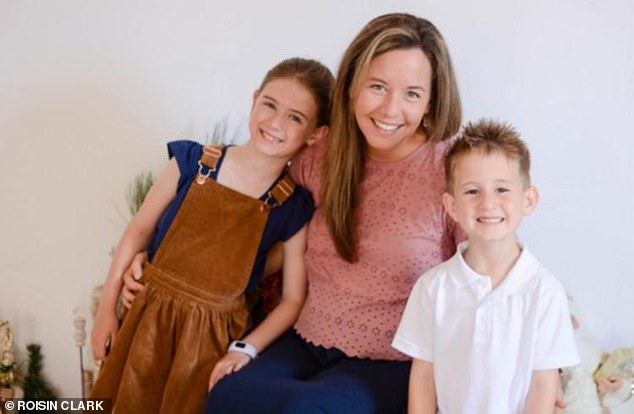 Her goal is to be more involved in her children’s lives, who she says don’t really understand why their mum can’t walk anymore.

‘My son, who is six, keeps asking when Covid will end and I can get out of my wheelchair, because my injury happened at around the same time he’s linked the two together,’ Ms Clark said.

She also hopes to raise awareness about surfer’s myelopathy so other sufferers can get a diagnosis and know what to do if they suddenly experience pain in their lower back.