Financial Times: Netanyahu is using the Corona vaccination campaign to boost his chances in the elections 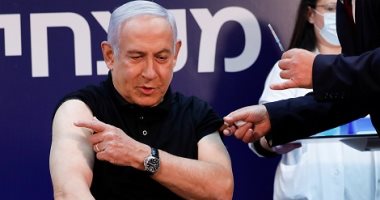 The British Financial Times newspaper said that Israel begins today, Monday, the race to vaccinate up to 60,000 people a day against the Corona virus, with millions of doses of the Pfizer and Moderna vaccines arriving in the Hebrew state.

But behind the scenes, aides said, vaccination will also start a completely different race with it, which is the looming election that will determine the political legacy of Prime Minister Benjamin Netanyahu. Aides say Netanyahu hopes the vaccination campaign will help him avoid the stalemate that followed three previous elections over the past two years, or worse, his outright loss or a right-wing competitor.

One of the advisers who spoke with Netanyahu about the election timetable last week said that elections could be held with Corona in the future or Corona in the past. Of course we want it when the Israeli public opinion goes forward, not backward.

If it goes as planned, nearly half of adult Israelis will be vaccinated by late April. Aides estimate that this will be enough to start easing restrictions that have stifled the economy, which have sparked nationwide protests and have become a symbol of Israel’s failed response to the virus.

The newspaper quoted opinion poll expert Dalia Sheindlin, who advises many Israeli and international politicians, that it is certainly in Netanyahu’s interest to portray the matter that he brought the vaccine to Israel, which made him personally intervene at every possible opportunity. She continued, saying that she does not know if it is really necessary for people to be able to pretend that Corona has become a thing of the past, but gradually easing restrictions and a decrease in the protests of loud people will not do harm.