Firefighters have warned teenagers against a TikTok phenomenon which sees them forcing themselves into toddlers’ park swings and getting stuck.

The London Fire Brigade urged teenagers ‘in their quest for TikTok fame’ to ‘think twice’ before taking part in the challenge and ‘wasting the time of emergency services’ following a rise in cases across the UK.

The phenomenon initially started last year but firefighters have noticed the social media craze sweeping across UK once again in recent weeks.

Last year firefighters also assisted in the rescue of 52 people stuck in swings and in 2019 there were 32 such incidents.

The latest warning comes just weeks after firefighters from Ruislip Fire Station’s Green Watch were called to rescue a 14-year-old after she became stuck on a toddler swing in Ruislip on May 1. 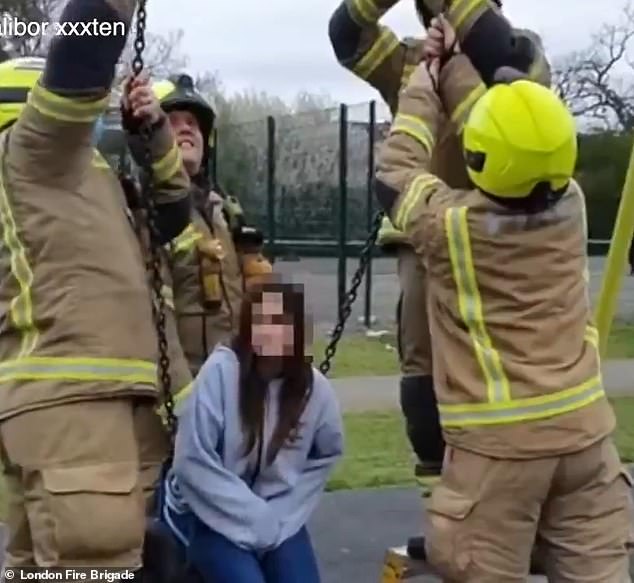 During their rescue, crew members were forced to dismantle the swing and then use pressure to expand it around where the girl was stuck in order to rescue her.

The Brigade’s Assistant Commissioner for Fire Stations, Jane Philpott, said: ‘Our firefighters attend a wide variety of challenging incidents and far be it from us to judge the precarious positions some people find themselves in.

‘But in their quest for TikTok fame, people have been potentially diverting our crews from more serious incidents and that isn’t something we want to see.

‘Each job our firefighters do attend takes time and we are hoping to prevent further call outs to such incidents by issuing this warning.

‘We would ask people to please just think twice before taking part in this challenge – think of the injuries you could cause yourself, the damage to the swings which have to be cut apart and most of all the fact you’re tying up resources which could be needed for a genuine emergency.

‘It might be a fun story for your friends, but wasting the time of emergency services is serious. 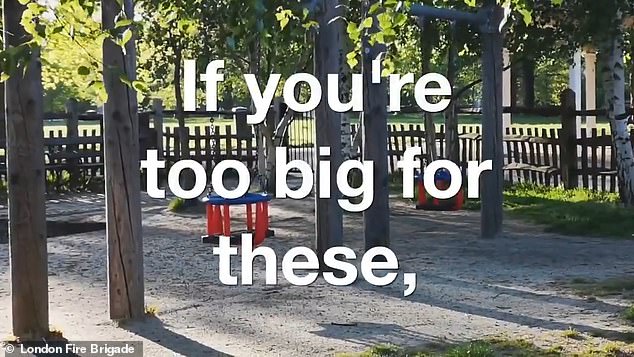 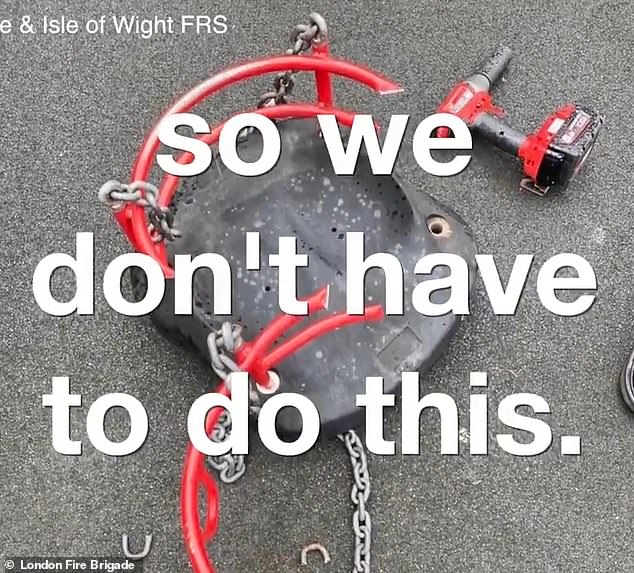 During their latest rescue attempt, firefighters said they were forced to dismantle the swing

The scenes come nearly a year after a 14-year-old girl had to be rescued by firefighters after she got stuck in a baby swing while making a video for TikTok.

Layani Maclean had to be rescued by the emergency services after she became  trapped in the swing in Faringdon, Oxfordshire.

The teenager had been in the park taking turns with friends to get into the swing, meant for children between six months and four years old.

Upon their arrival, the firefighters had to unscrew the swing’s chains and try to ease the swing down from the teenager’s waist.

They then poured washing up liquid onto her legs and the swing until it eventually managing to free the teenager.

Afterwards, the teenager’s mother Charlie said: ‘It was a really bizarre situation to walk into.

‘When my neighbour called to tell me I just started laughing, but when I arrived it was clear it was a bit more serious than I initially thought. 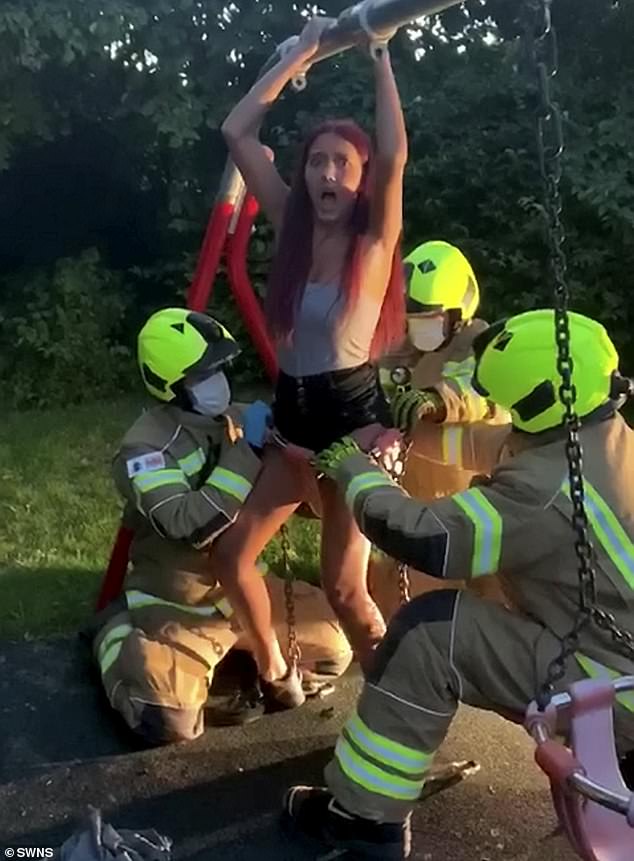 Layani Maclean had to be rescued by the emergency services last year after she became trapped in the swing in Faringdon, Oxfordshire

‘My daughter was really embarrassed when we had to call the firefighters, but when they arrived they were amazing.

‘They did a great job, whilst cracking all the possible swing jokes they could think of.

‘This definitely wasn’t the first job they’d been to like that and they assured both me and my daughter that it wouldn’t be their last.

‘We’re in the middle of baking them a cake now to say thank you.’

Dine and Discover NSW: Free $100 vouchers are rolled out to millions