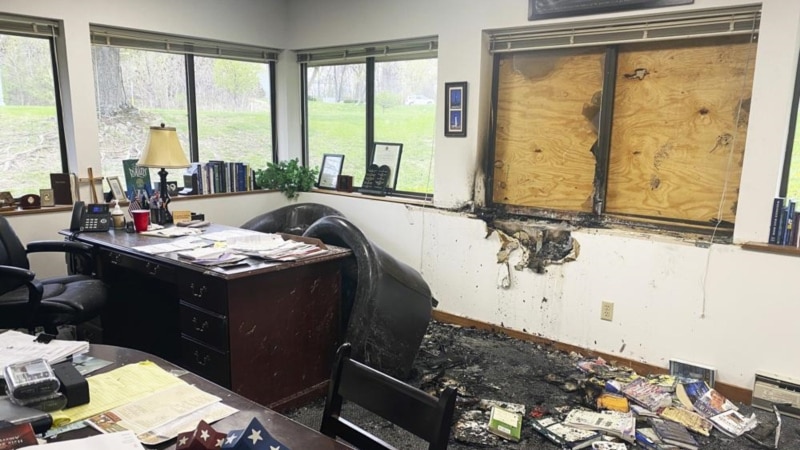 One or more people set fire to the office of an anti-abortion group in Wisconsin, where a Molotov cocktail and threatening graffiti were found, authorities said.

Madison police spokeswoman Stephanie Fryer told the newspaper Wisconsin State Journal that the fire reported shortly after 6 a.m. on Sunday at the headquarters of the anti-abortion organization Wisconsin Family Action it was suspicious.

He added that someone used spray paint to paint a message outside the building. Federal officials and the Madison Fire Department are assisting with the investigation.

No one was injured and officials are still working to determine the extent of the damage it caused.

It was not immediately clear who vandalized the place, but a threat was read outside: “If abortions are not safe, then neither are you.”

“It appears that a specific nonprofit organization that supports anti-abortion action was targeted,” Madison Police Chief Shon Barnes said in a statement.

The lobbying organization’s president, Julaine Appling, said the fire was a “direct threat to us” given that it occurred just days after a draft US Supreme Court opinion was leaked suggesting that The highest court could soon overturn the landmark Roe v. Wade ruling, which legalized abortion nationwide.

He stressed that the attack could have caused injuries if there had been people working in the office at the time. “This is the local manifestation of the anger and lack of tolerance of pro-choice people toward those of us who are pro-life,” Appling said.

“This attack is abhorrent and should be condemned by all,” Johnson said.

Tom Nelson, Democratic candidate for the federal Senate, also denounced what happened. “I’m committed to protecting women’s rights, but we have to do it the right way,” Nelson said. “Violence and destruction are not the answer. I’m glad no one was hurt.”

The Love Of My Life Died From Cancer. Now I’m Struggling To Raise Our Son Through Grief.