A fireman called to a car crash discovered his ‘beautiful’ daughter dead in the wreckage.

Adrian Smith, 47, was in shock after responding to the 999 call and had to watch as his daughter Ella’s lifeless body was removed from the mangled car by paramedics at the scene in Haverfordwest, Pembrokeshire.

Police confirmed Ella, 21, was killed in the accident on a country road and three others seriously hurt.

A family friend said: ‘It must have been a complete nightmare for Adrian to find his own daughter was the victim.

‘Ella was lovely girl, they are a lovely family – everyone is in shock and totally devastated.’ 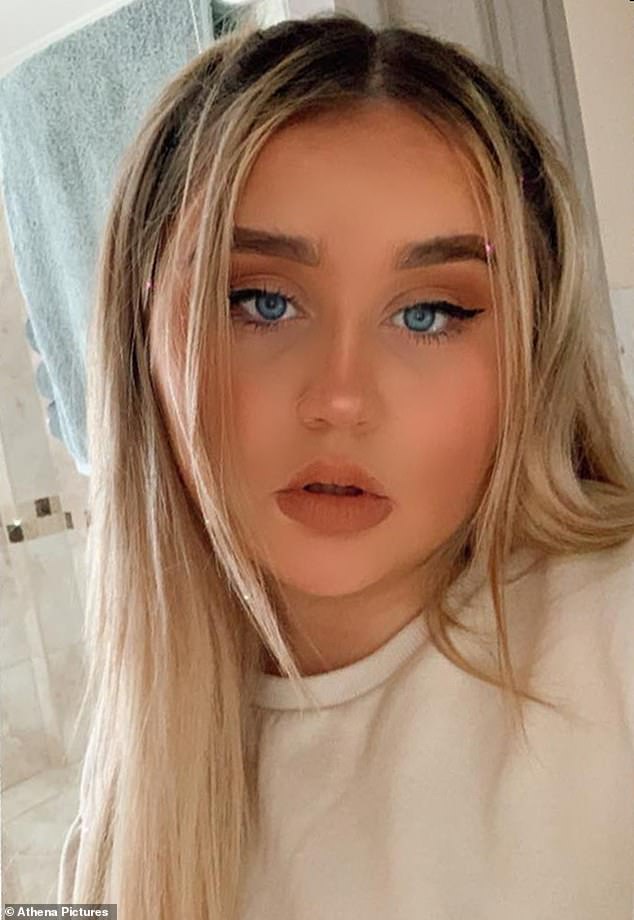 Adrian Smith, 47, was in shock after responding to the 999 call and had to watch as his daughter Ella’s (pictured) lifeless body was removed from the mangled car by paramedics at the scene in Haverfordwest, Pembrokeshire

Mr Smith was on duty on Sunday evening when he was called to the three-vehicle crash on the B4341.

When he arrived he saw Ella’s white Ford Ka had been smashed into on the passenger side where his daughter was sitting.

Her boyfriend, who was driving the car, suffered serious injuries along with another man and woman in another vehicle.

Mr Smith, Ella’s mother Maria and her brother and sister were left ‘utterly devastated’ by the tragedy and are being supported by specialist police officers.

Within hours of the accident Mr Smith posted a picture on social media of him and Ella dancing at a family party when she was little.

Ella’s family told of their heartbreak while police continue to investigate the cause of the accident. 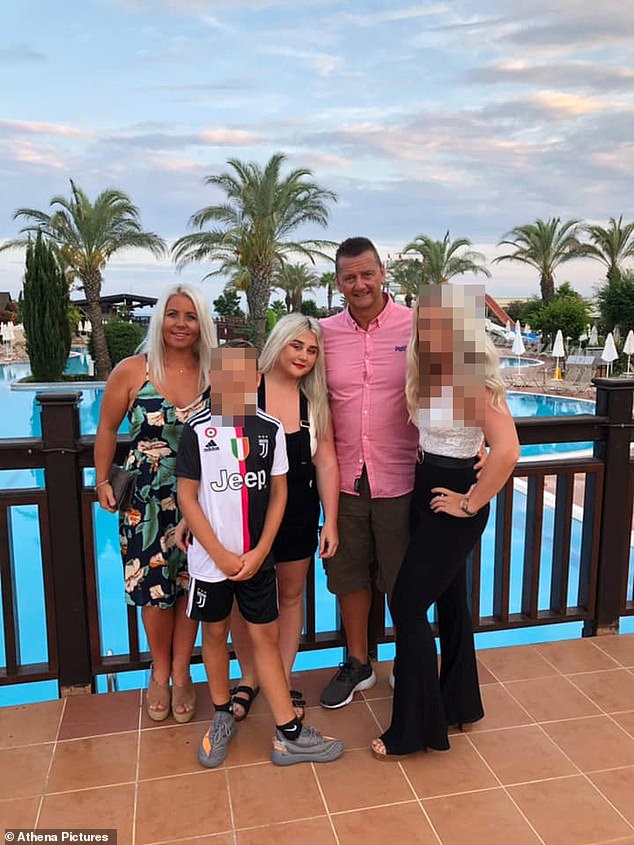 Police confirmed Ella (pictured with her father Adrian and mother Maria), 21, was killed in the accident on a country road and three others seriously hurt

They said in a statement: ‘We are utterly devastated at losing our beloved Ella. She was a much loved and caring daughter, sister and granddaughter.

‘She was a beautiful girl who will be missed by us all.

‘We would like to thank everyone for their support at this horrific time. It has meant so much to the whole family as we grieve for our Ella.’

Ella had been to the beach at Broad Haven, Pembrokeshire, during the hot weather on Sunday and was being driven home by her boyfriend when tragedy struck.

Their Ford Ka is believed to have overturned on a bend and was then hit by a following vehicle.

Police said Ella, of Camrose, Haverfordwest, died at the scene of the crash. 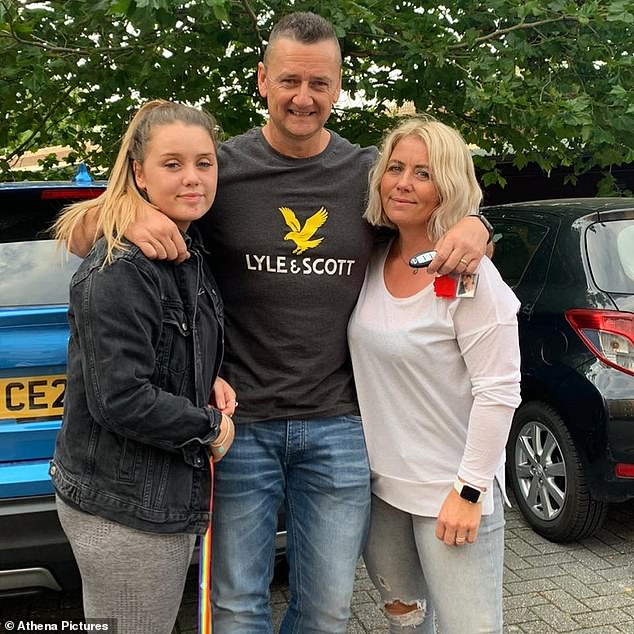 Ella’s family (pictured, Ella with her mother and father) told of their heartbreak while police continue to investigate the cause of the accident

Dozens of tributes were made to bakery worker Ella who was described as a ‘beautiful young lady’ and ‘the kindest soul you could meet’.

Friend Chloe Kinsella said: ‘Yet again another gorgeous person taken away from us, the world is so cruel.

‘I loved every minute of speaking to you Ella, you never failed to make me laugh. One of the best.’

Another friend, Sarah Studley, said: ‘She really was the sweetest girl ever. Just a beautiful, beautiful girl who will be so very sorely missed.’

Dyfed-Powys are appealing for dash cam footage from other drivers at the scene of the horrific crash between Haverfordwest and the seaside village of Broad Haven. 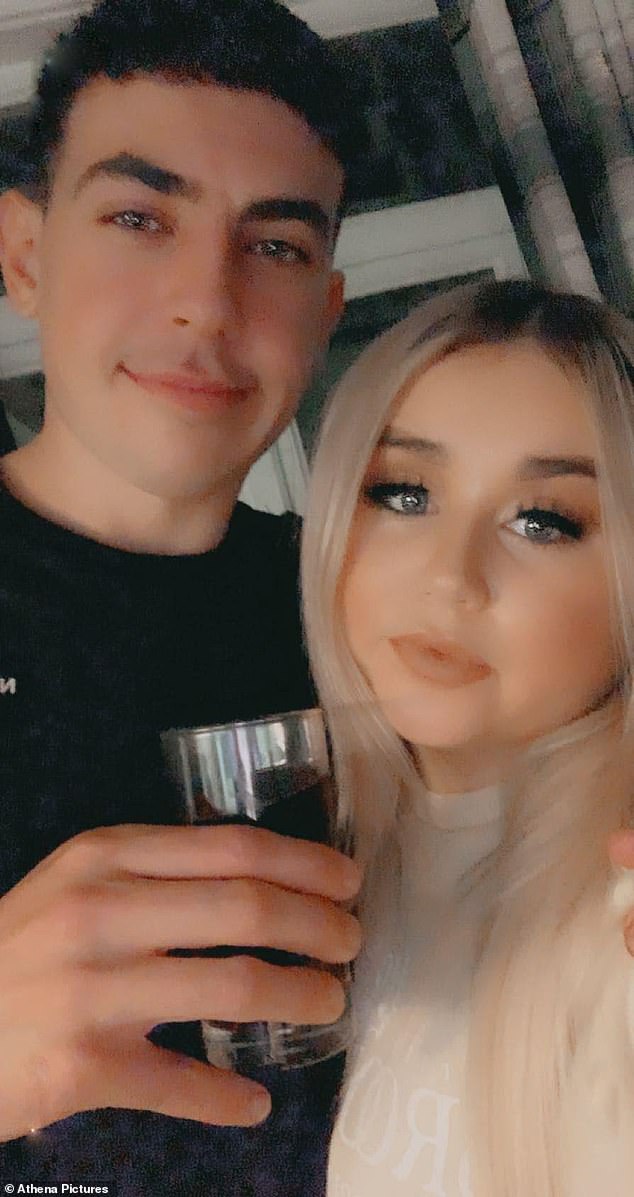 Ella had been to the beach at Broad Haven, Pembrokeshire, during the hot weather on Sunday and was being driven home by her boyfriend (pictured together) when tragedy struck

A spokesman said: ‘We can confirm that the person who sadly died in the road traffic collision on the B4341 between Haverfordwest and Broadhaven on Sunday 13th June 2021 has been formally identified as 21-year-old Ella Smith from the Camrose area.’

‘It is believed that the vehicles involved were a blue Citroen C1, a white Ford Ka and a white Seat Ibiza.

‘Sadly a female occupant in the white Ford Ka passed away at the scene.

‘Next of kin are aware and are being supported by specialist officers. Two males and a female were taken to hospital with serious injuries.’

TOM UTLEY: How’s a poor bloke to know if offering his seat to a woman is still chivalrous?