Fireworks, rocks and bottles are hurled at police during a Gold Coast hoon meet

Fireworks, rocks and bottles are hurled at police during a Gold Coast hoon meet with ‘600 vehicles and 1000 people’

Out-of-control revellers at a Gold Coast hoon meet hurled fireworks, rocks and bottles at police after they arrived to break-up the rowdy event.

Officers cracking down on hooning across the city’s northern suburbs attended a ‘ gathering with around ‘600 vehicles and 1000 people’ in a Pimpama business car park at 10pm Saturday. 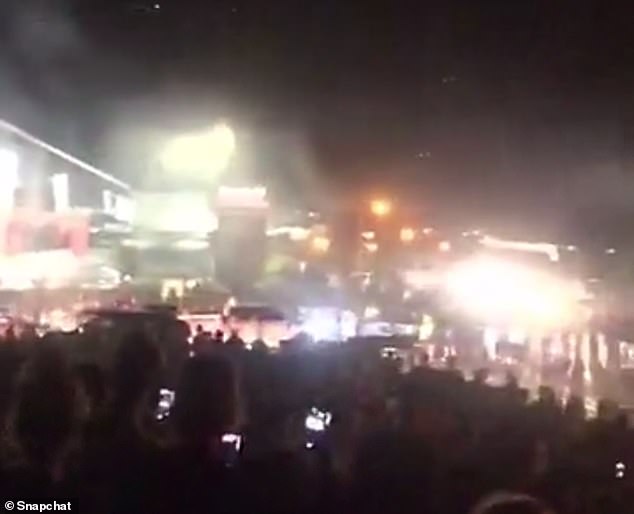 Fireworks, rocks, and bottles were thrown at police vehicles on Saturday as officers cracking down on hoon meets across the Gold Coast’s northern suburbs attended large-gatherings in Pimpama, Yatala (pictured) and Molendinar

‘Three of our vehicles were pelted with bottles and stones, and believe it or not, fireworks. There was fireworks shot at police cars and also at our police helicopter before events moved on,’ he told the Gold Coast Bulletin.

‘This wasn’t a bunch of like-minded individual car enthusiasts. These people were throwing rocks and bottles at police, firing fireworks at helicopters and just out committing criminal offences. That’s the difference.’

Police said the vehicles dispersed with many re-forming in the industrial area at Molendinar where an unmarked police vehicle was damaged after more projectiles were thrown at it.

More than 20 fines have been issued as part of the ongoing traffic operation and investigations are ongoing, with police also attending two other meets, in Yatala and Molendinar, on Saturday night.

Just after midnight police were called to a single vehicle crash on Ashmore Road, Molendinar, believed to involve a vehicle that was part of one of the meets.

The driver, a 17-year-old male, was transported to Gold Coast University Hospital with serious injuries. Two passengers were treated for minor injuries. 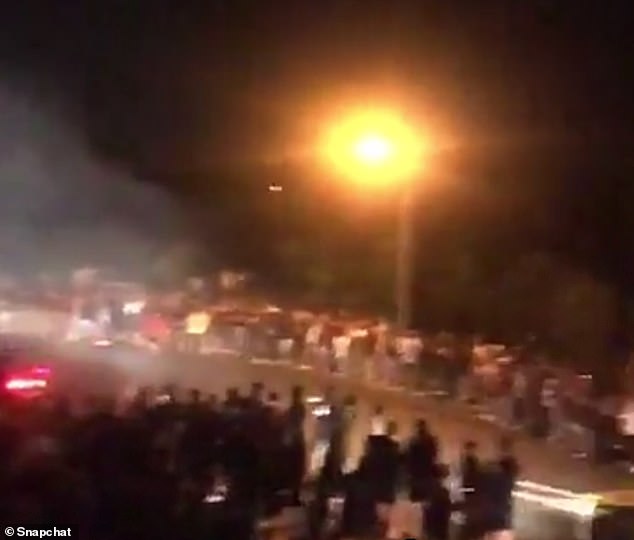 More than 50 fines were issued for dangerous driving and hooning offences, as police investigations into the incident continue. Pictured: The hoon meet in Yatala

No officers were injured during the operation, while three police vehicles sustained minor damage.

Superintendent Geoff Sheldon said police are reviewing CCTV, police body worn and dashcam footage, as well as Polair vision to identify the vehicles of those involved.

‘This behaviour is outrageous, clearly dangerous and will not be tolerated on our streets and in our suburbs,’ he said.

‘We are determined to locate as many vehicles and people involved in these overnight disturbances and dangerous driving incidents and they can expect to feel the full force of the law.’

‘Where we have the evidence we will put people before the Courts, when appropriate seize their cars and or issue traffic infringement notices.’

Today is the last day to get free standard shipping on gifts at Nordstrom, Lululemon, and more

Valentine's Day at Lowe's? 50 couples will win a 'Night of Lowemance' date, plus there's a virtual event for all