The Brazilian Roberto Firmino, the Liverpool striker, topped the list of players who made the most goals for the Egyptian star Mohamed Salah, after the latter reached the 100th goal in the Reds shirt in the English Premier League competition “Premier League”.

And the “Opta” network, which specializes in statistics and records, stated that Firmino was the most productive player for Mohamed Salah’s goals during his career with Liverpool in the Premier League.

Firmino made 11 of Mohamed Salah’s 100 goals with Liverpool in the English Premier League, more than any other player, followed by Senegalese Sadio Mane, who made 10 goals for the Egyptian star.

The Egyptian star, Mohamed Salah, player of the English team Liverpool, continued to break records, as usual, since his move to the Reds in the summer of 2017, after the pharaoh reached 100 goals with the Reds after 151 games, becoming the fastest player in the history of the ancient English club to reach this number.

Mohamed Salah raised his score to 5 goals this season after 6 rounds passed, to top the list of top scorers in the English Premier League, equal to the duo Jimmy Vardy, Leicester City star and West Ham striker Michel Antonio..

The presence of the Egyptian star, Mohamed Salah, the English player of Liverpool, in the expected formation of the Reds in the confrontation that they are facing against its Portuguese host, Porto, which is scheduled to take place at nine o’clock this evening, Tuesday, at the “Dragao” stadium, as part of the second round of the group stage competitions in the Champions League competition in the current season 2021-2022. .

And the official website of the European Football Association “UEFA” published the expected line-up to face the Reds and the team nicknamed “The Dragons”, and it came as follows: 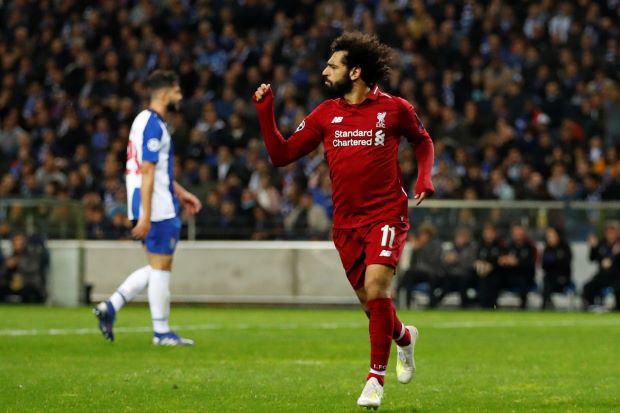