The first rocket launched by private aerospace company Firefly has exploded just minutes after blasting off from Vandenberg Space Force Base in California.

Firefly was attempting to reach orbit with its Alpha rocket when the vehicle burst into a fireball above the Pacific Ocean about 2 minutes and 30 seconds after off.

The rocket launched from the SLC-2 complex at the base near Lompoc at 6:59 pm PT after they aborted their first attempted launch at 6 pm PT.

The company tweeted about the incident, ‘Alpha experienced an anomaly during first stage ascent that resulted in the loss of the vehicle. As we gather more information, additional details will be provided.’

In a follow up message Firefly said, ‘Prior to entering the countdown, the Range cleared the pad and all surrounding areas to minimize risk to Firefly employees, base staff, and the general public. We are continuing to work with the Range, following all safety protocols.’ 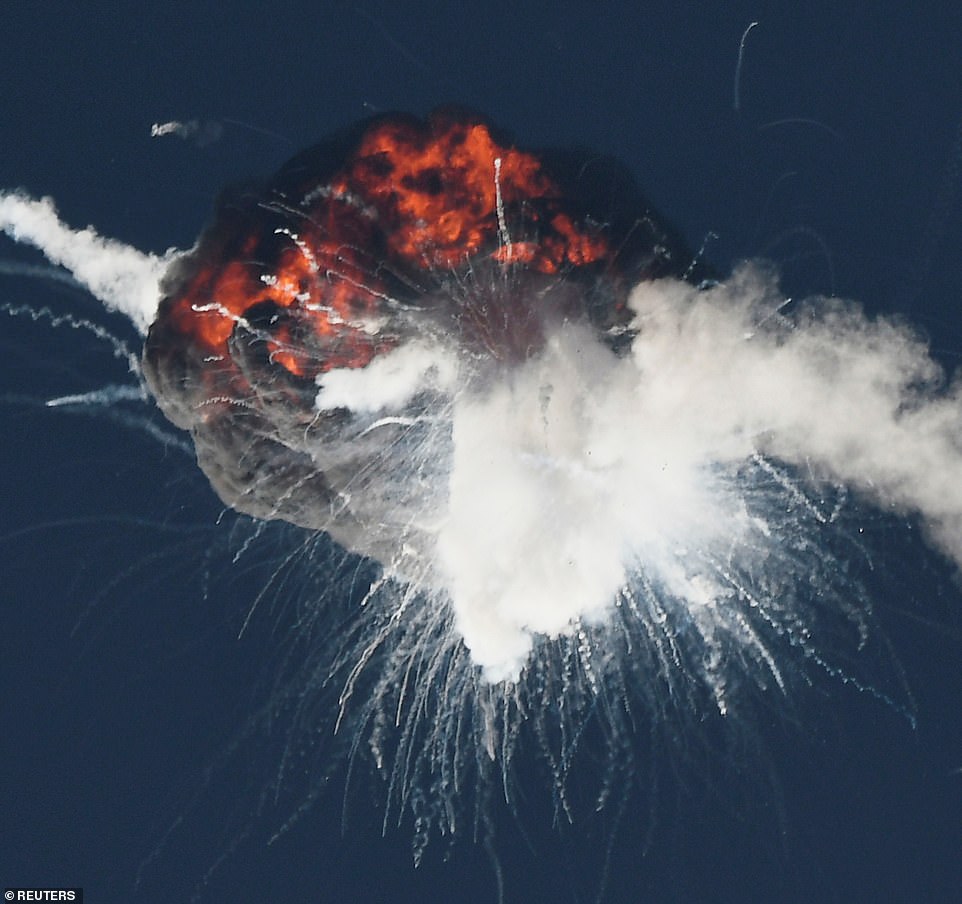 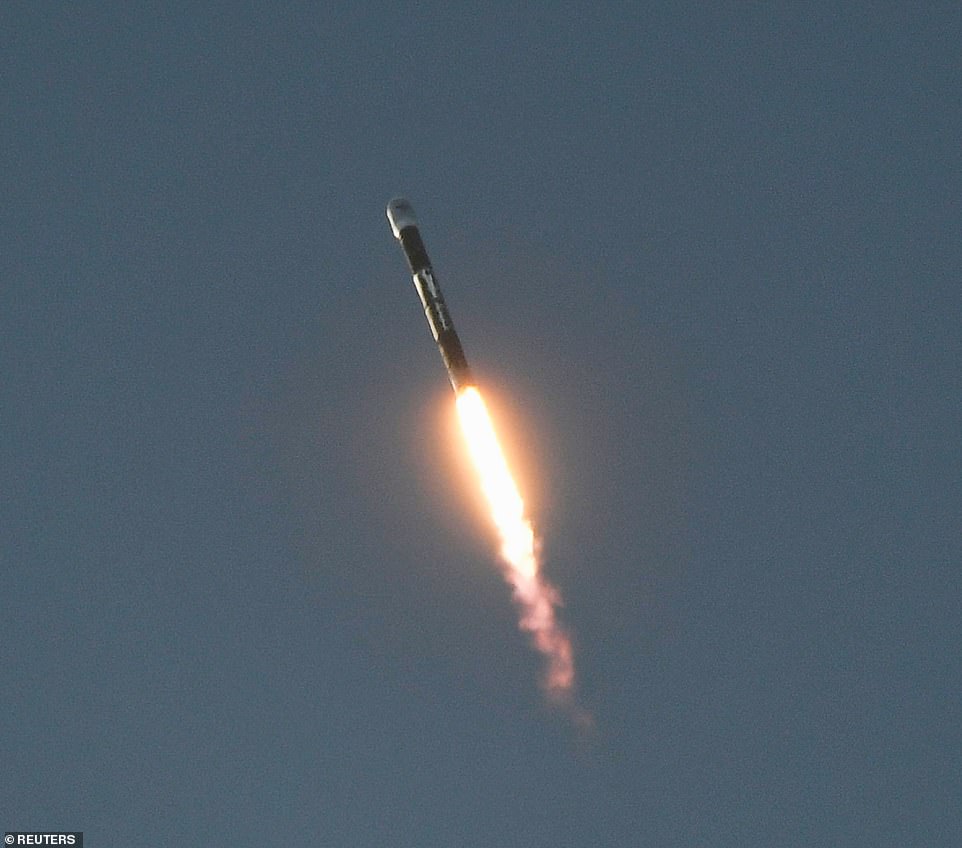 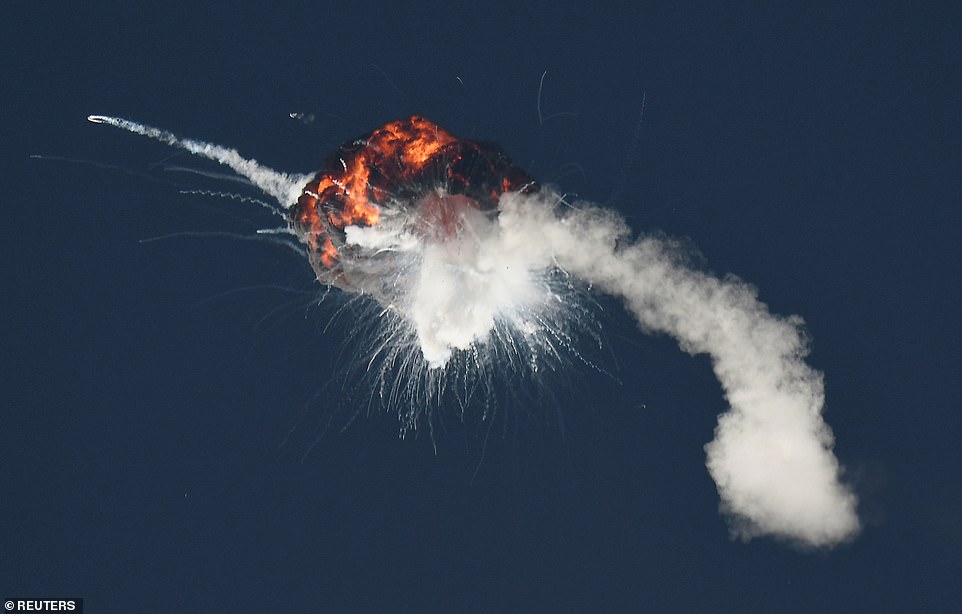 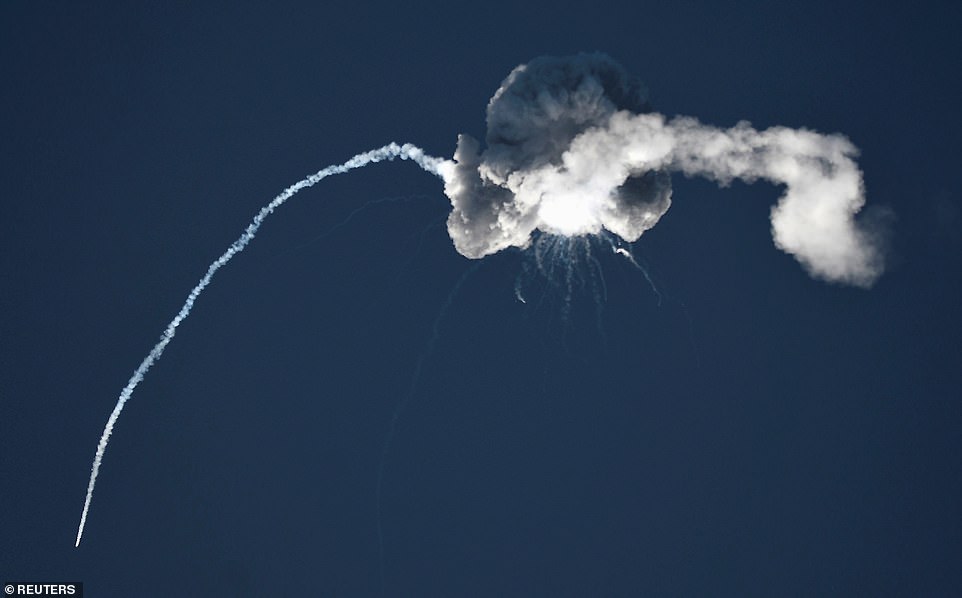 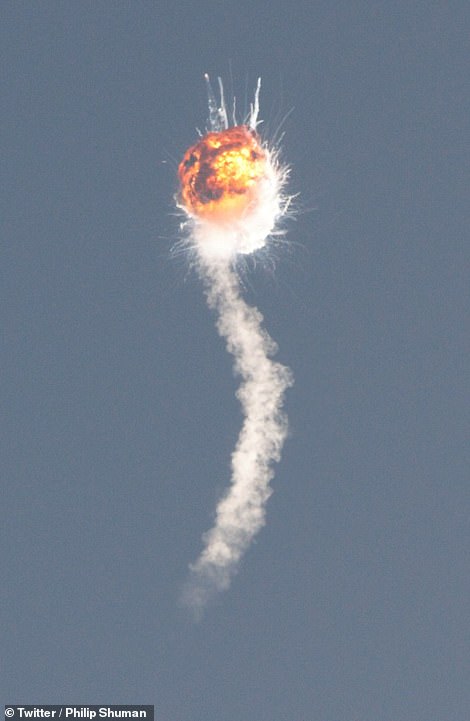 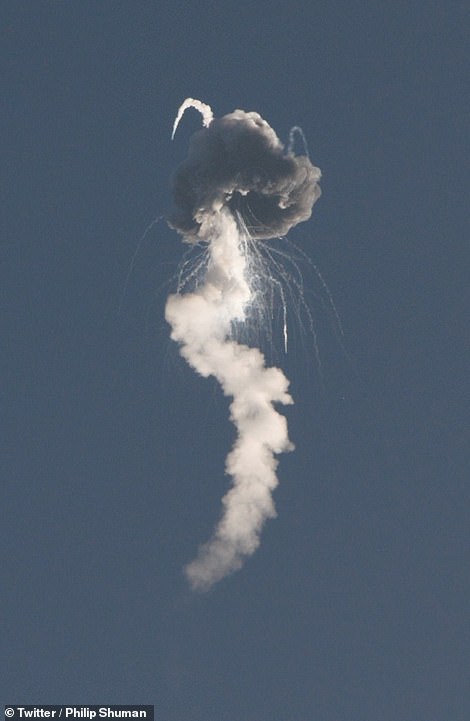 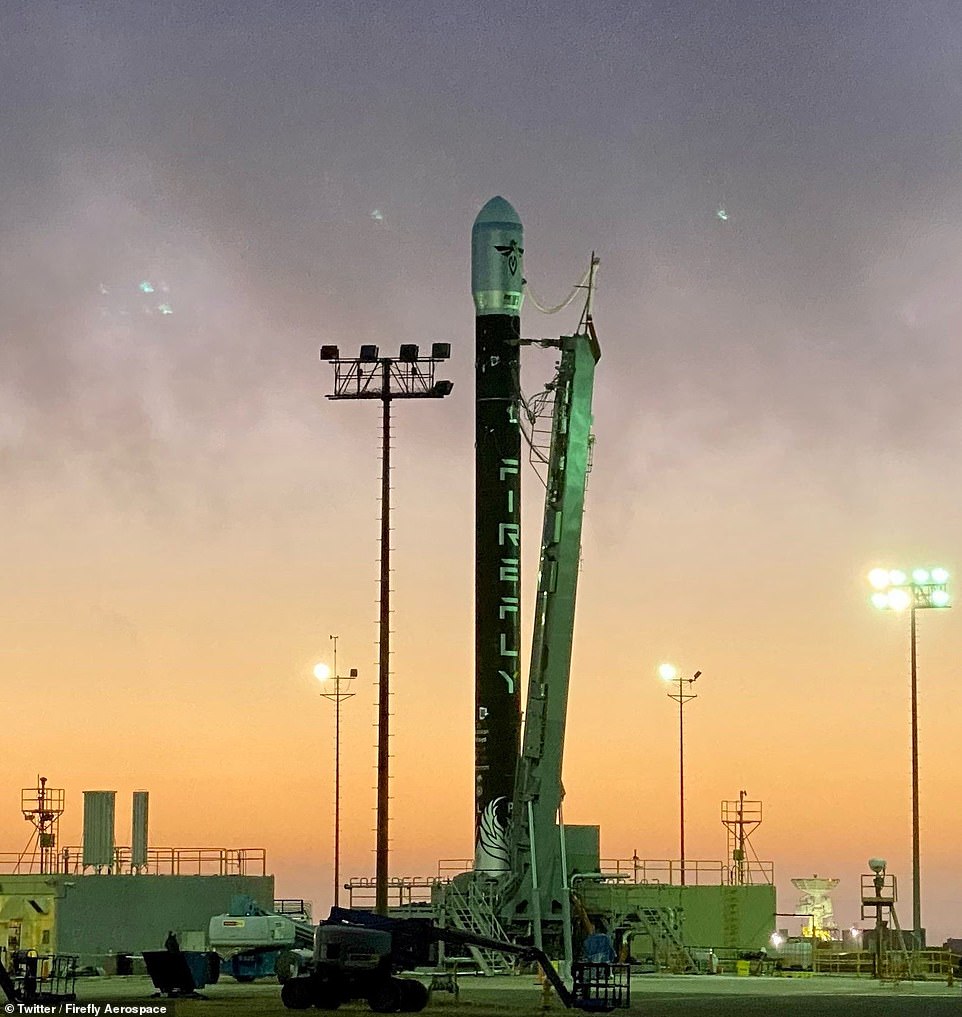 Firefly’s Alpha rocket stood at 95 feet tall and was designed to launch up to 1,000 kilograms of payload to low Earth orbit which categorizes the rocket as a medium-lift launch

Footage of the explosion was caught in a live-stream by Everyday Astronaut, and dramatic pictures were tweeted out by observer Philip Shuman.

The Alpha rocket was intended to reach supersonic speed just seconds after take off, but appears to have taken minutes to break the sound barrier. Moments later, the rocket exploded.

Jonathan McDowell, an astronomer from the Center for Astrophysics, explained that while the spaceship exploded during the first stage burn, it reached MaxQ which will still provide the company with ‘good data on the first stage engine.’

MaxQ is the condition when the rocket reaches maximum dynamic pressure. This critical stage will inform the design of the vehicle’s structural load.

McDowell speculates that the initial failure occurred 2 minutes and 29 seconds into the launch ‘when a puff of vapor is seen escaping the vehicle’ which is followed by the fiery explosion 2 seconds later.

But he insist that ‘it’s premature to conclude that for sure.’

Company executives had previously stressed that the launch was primarily a test flight with the aim to record as much data as possible.

The day before the launch Firefly’s chief operating officer, Lauren Lyons, echoed that sentiment. ‘Our really big goal is to get Alpha to space. If we can get to orbit, even better,’ she said according to Space News.

‘Our goals are to collect as much data as we possibly can and take Alpha as far as it can go,’ Lyons said.

Chief Executive Officer Tom Markusic said in an interview with Space News the same day that success would be collecting data. 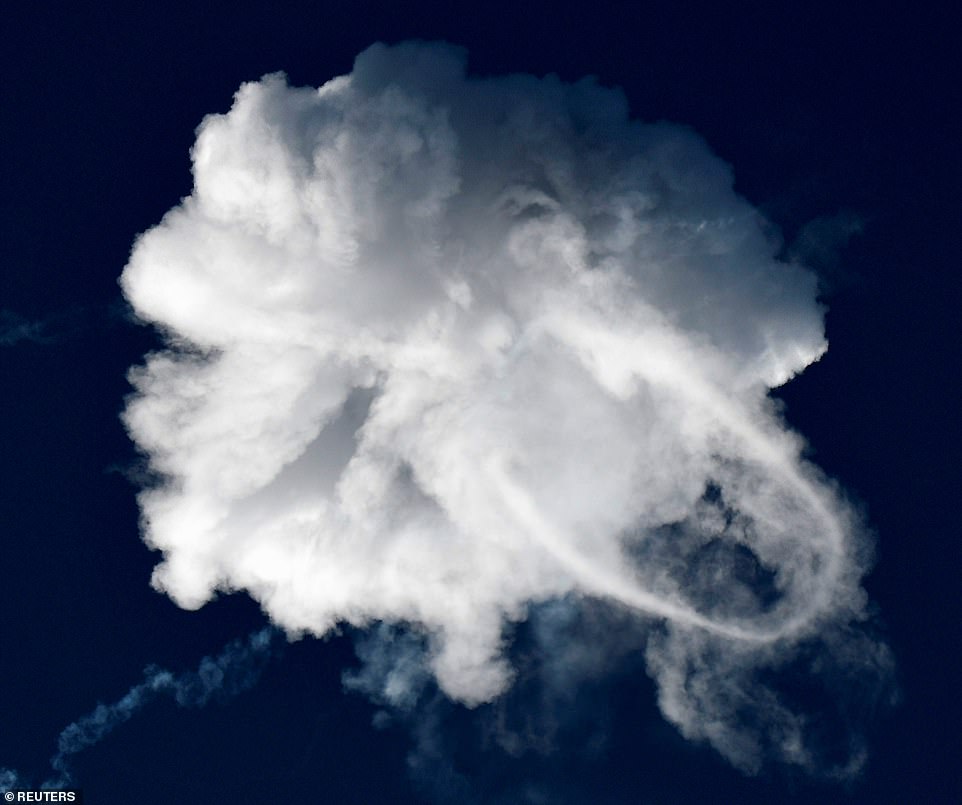 Firefly had originally planned to launch their first Alpha rocket in December but ‘ran into some problems’ and eventually rescheduled for Sept. 2 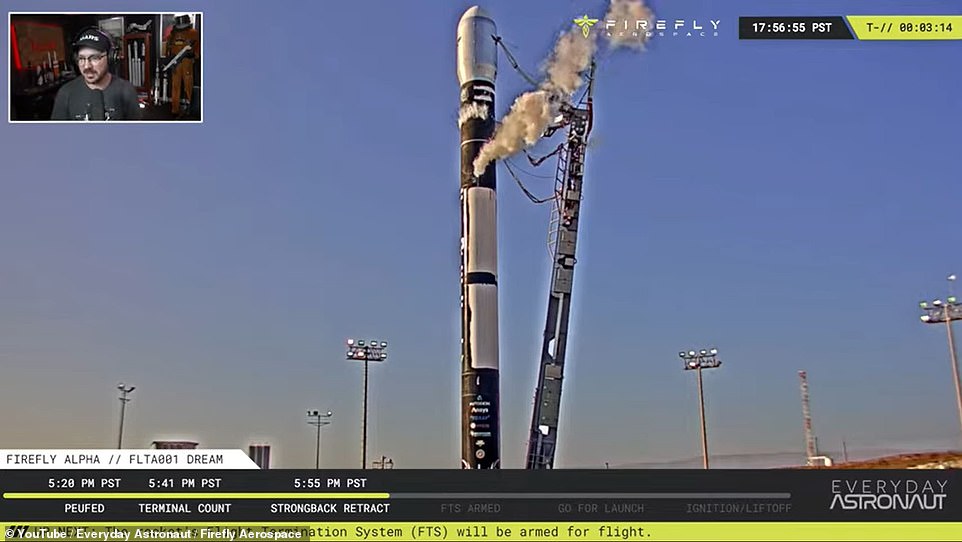 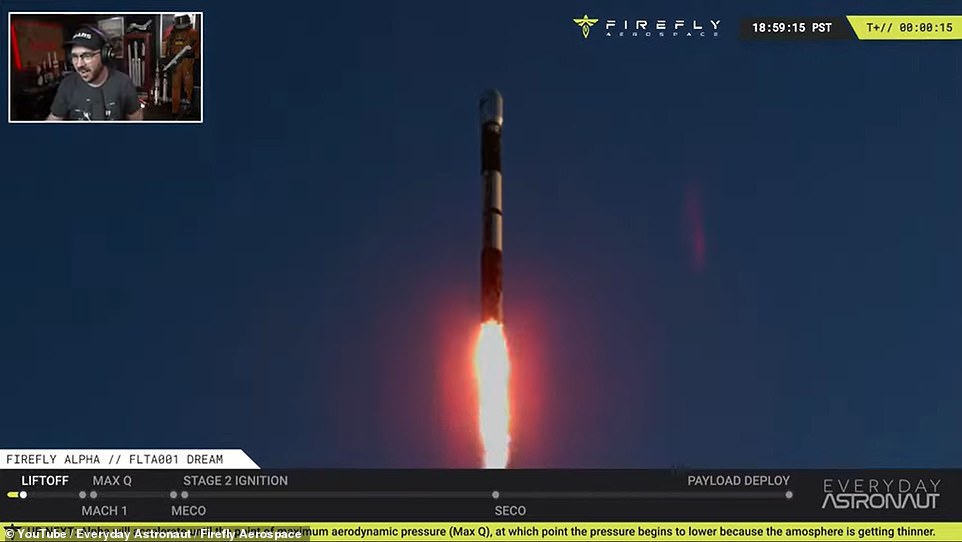 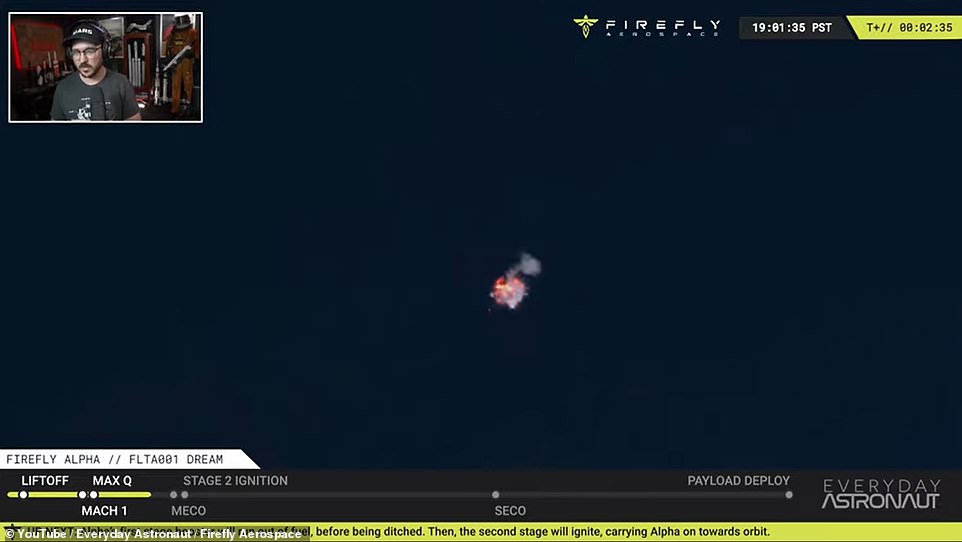 ‘It’s a flight test, so getting data is success. The more data we get, the better,’ he said.

Firefly’s Alpha rocket stood at 95 feet tall and was designed to launch up to 1,000 kilograms of payload to low Earth orbit costing $15 million per launch. These metrics put the medium-lift launch classification alongside launches from Space X, Virgin Orbit, Rocket Lab and Relativity Space.

Firefly had originally planned to launch their first Alpha rocket in December but ‘ran into some problems with readiness of the launch site,’ according to Markusic.

They were also reportedly held back by a major delay from the supplier who provided the rocket’s flight termination system.

Firefly has raised more than $175 million and is valued at over $1 billion adding the company to the list of unicorn companies.

Thursday’s failed launch isn’t the company’s first defeat. The first iteration of Texas-based start-up, Firefly Space Systems, filed for bankruptcy.  The company relaunched as Firefly Aerospace in May 2017 mainly thanks to Noosphere Ventures.

The aerospace company ‘is committed to providing economical and convenient access to space for small payloads’ and is working to address ‘the market’s need for flexible access to space,’ according to their website.

Their rocket is intended to be ‘the highest payload performance with the lowest cost per kilogram to orbit’ to ‘provide launch options for both full vehicle and ride share customers.’ The company plans to launch these rockets twice a month to provide their customers with a flexible schedule and a choice of orbit, according to their site.

They have already been awarded commercial and civil government launch contracts from the likes of NASA and General Atomics.

Thursday’s failure puts Firefly behind its competitors including major companies like Elon Musks’ Space X and Jeff Bezo’s Blue Origin and some lesser known companies. In this quick growing field, Firefly is struggling to catch up to their opponents.

Rocket Lab has been launching small payloads with its Electron booster since 2018. Virgin Orbit has launched two successful missions after beginning operational flights this year.

Astra reached space on a test flight last year but has yet to get a payload into orbit.

When launching news models, explosions are a risk that aerospace companies expect to take on.

Along with their many successful launches, Space X has recently recorded at least nine explosions with their SpaceX Starship, according to Space.com.