A man was rushed to hospital with head injuries after he was viciously beaten by five thugs inside a kebab shop.

Footage of the sickening attack was captured on CCTV about 1am on Monday at the fast food outlet in Fremantle, southwest of Perth, Seven News reported.

The shirtless man aged in his 20s was seen lying on the floor of the shop as he was savagely punched and kicked multiple times.

He desperately tried to protect his head and at one stage he was seen crawling along the floor to the back of the shop to escape the violence. 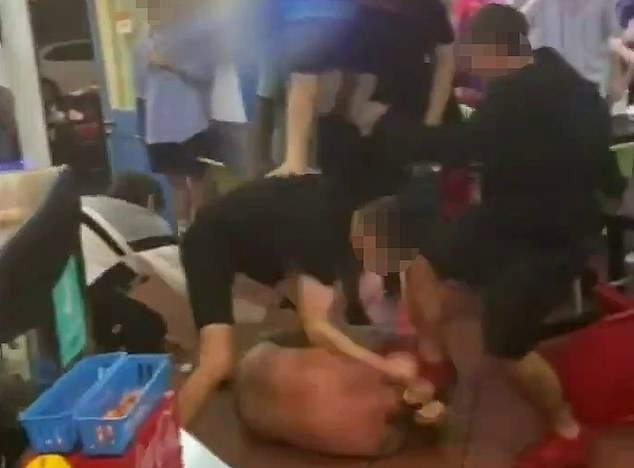 But he was chased down and repeatedly attacked.

A witness who attempted to come to the man’s aid also came under attack, with a total of six men and one woman requiring treatment after being caught up in the violence.

The five thugs were earlier involved in a separate incident at a nearby licensed premises, where a man and a woman were attacked.

The quintet fled the scene and remain on the run. The injured man was discharged from hospital a short time after being admitted.

Police have not made any arrests or laid any charges. 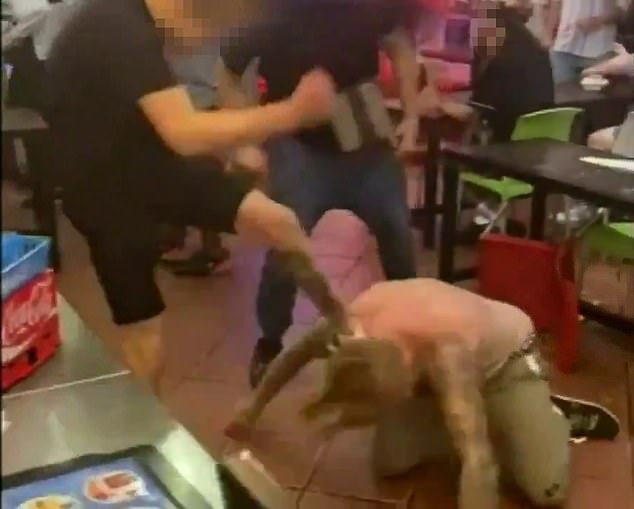