De Belin’s lawyer David Campbell SC described the officer’s conduct as a gross departure from his job by not taking any notes of the first 90- minute conversation he had with the woman making the allegations.

‘You knew full well as a police officer, your obligation is to make a record of a complaint received from a citizen,’ Mr Campbell said on Monday. 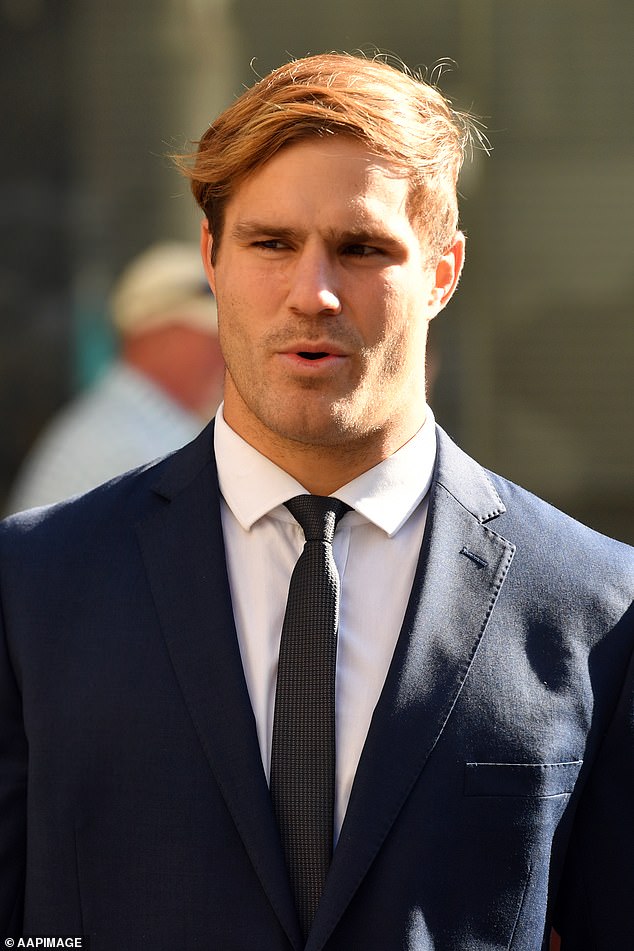 Callan Sinclair, 23, and De Belin, 30, have pleaded not guilty to multiple charges of aggravated sexual assault that allegedly took place at a North Wollongong unit in December 2018.

The detective was also criticised for not separating the woman who had accompanied her to the police station, as he knew she would later become a key witness in the trial.

Mr Campbell finally asked the officer if he was a dishonest man. 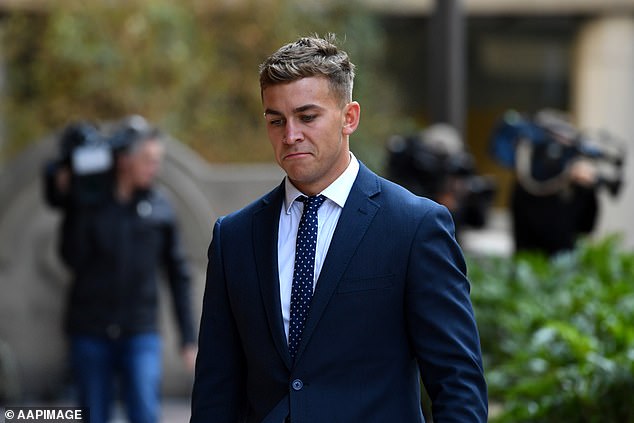 ‘You have willfully lied on oath previously?’ Mr Campbell said.

‘I am not answering any questions in regards to that,’ he replied.

Judge Nicole Norman told the jury that the detective received a certificate preventing prosecution after admitting he lied in the first trial of the two men which could not be concluded.

The grilling from Mr Campbell near the end of the day’s evidence came after another controversial witness said a ‘flashback dream’ prompted a key memory from the night of the alleged rape to significantly change.

Jared Barnes testified in Sydney’s Downing Centre District Court that he first told police a conversation took place downstairs at Wollongong’s Mr Crown bar when an acquaintance from school sat down to chat. 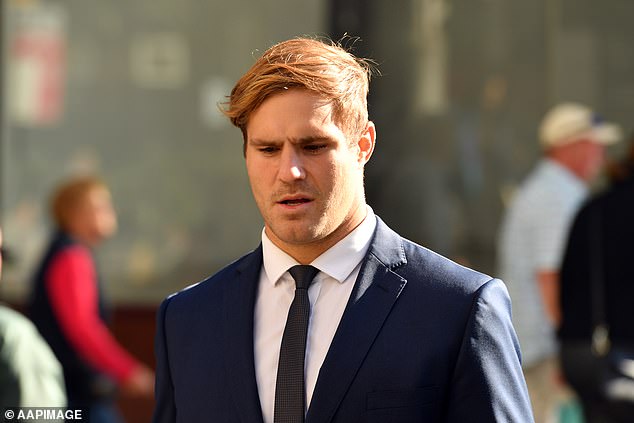 De Belin, 30, and Sinclair, 23, have pleaded not guilty to the aggravated sexual assault of the then 19-year-old in a North Wollongong unit after meeting her at a bar on December 8, 2018

‘Did you see Jack de Belin is here?’ she allegedly said.

He was later informed that CCTV footage showed the St George Illawarra forward had not yet arrived at the bar when this occurred.

In the last two weeks, a ‘flashback dream’ in the morning prompted his memory of another interaction with the woman on the dancefloor upstairs, Mr Barnes said.

‘You had a dream about it being in reverse order and then you woke up and did you remember the dream?’ crown prosecutor David Scully said. 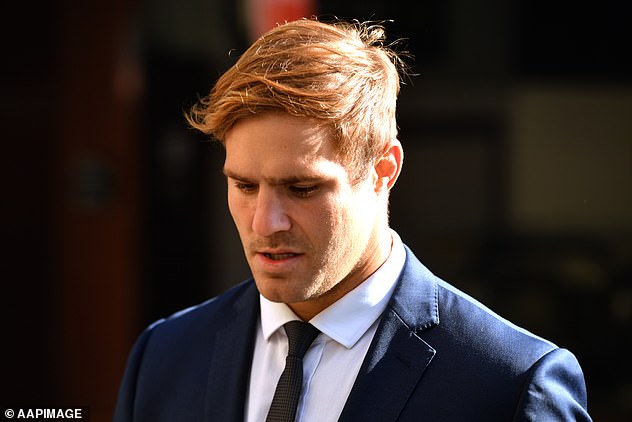 The woman who says she was sexually assaulted by Jack De Belin (pictured) and Callan Sinclair told her manager the next day she had been raped, a jury has been told

Mr Barnes made two police statements in March and April this year and did not think he could change his first version, he said.

Mr Scully asked the witness if he was wrong or just plain lying to the jury.

The woman earlier denied this particular conversation with Mr Barnes occurred, saying everybody from her Wollongong hometown ‘talks and makes up rumours’.

The trio was supposedly headed to the nearby Fever Nightclub but instead travelled together in a tuk-tuk to the unit, she said.

She says it was a non-consensual sexual encounter in which she was crying and repeating ‘stop’ multiple times but was ignored as de Belin cheered his friend on. 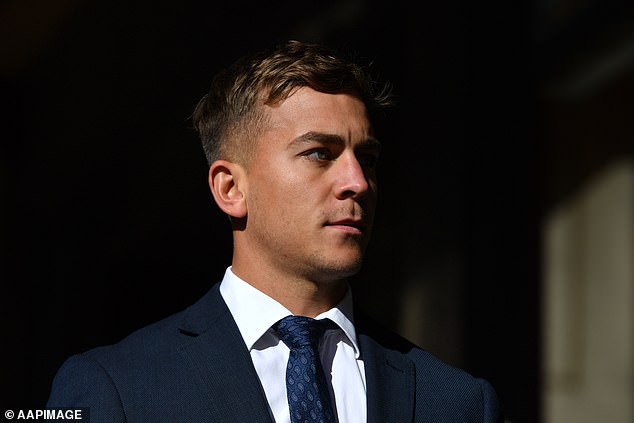 Mr Barnes described the woman as ‘bubbly and energetic’ and said she had been flirting with de Belin on the dancefloor by removing his wide-brimmed hat.

Defence barrister Sharyn Hall asked him about mentioning this conversation to a local journalist who told him she would pass on the details to detectives.

‘Did you expect if anything was important to say you would get a call back from police?’ Ms Hall said.

Police first contacted him this year regarding those details.

The detective is expected to resume giving evidence on Tuesday.