Flick: The German national team has not reached the stage of perfection despite the victories 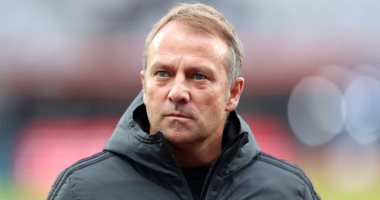 Hansi Flick, coach of the German national team, confirmed that the German national team has not reached the stage of perfection yet, despite achieving the full mark with him by achieving 3 victories in 3 matches, the last of which was the victory on Wednesday evening against his Icelandic counterpart 4-0, in the meeting that brought the two teams together. Lawardesvolor Stadium in Iceland, as part of the sixth round of Group X in the European qualifiers for the 2022 World Cup in Qatar.

“We got nine points, and that was our goal,” Flick said during his post-match remarks. “The way we play football is a step forward, of course we haven’t reached 100 per cent yet, but you can’t expect that either, I’m still satisfied.”

He added: “Let’s say we had some tricks, or our goal was to win the three games and we did it, let’s give a step forward, the team is not doing well, they are doing the same things the way we imagine.”

He continued: “We added nine points and that was our goal. We took a big step in our way of playing. I am satisfied with the performance.”