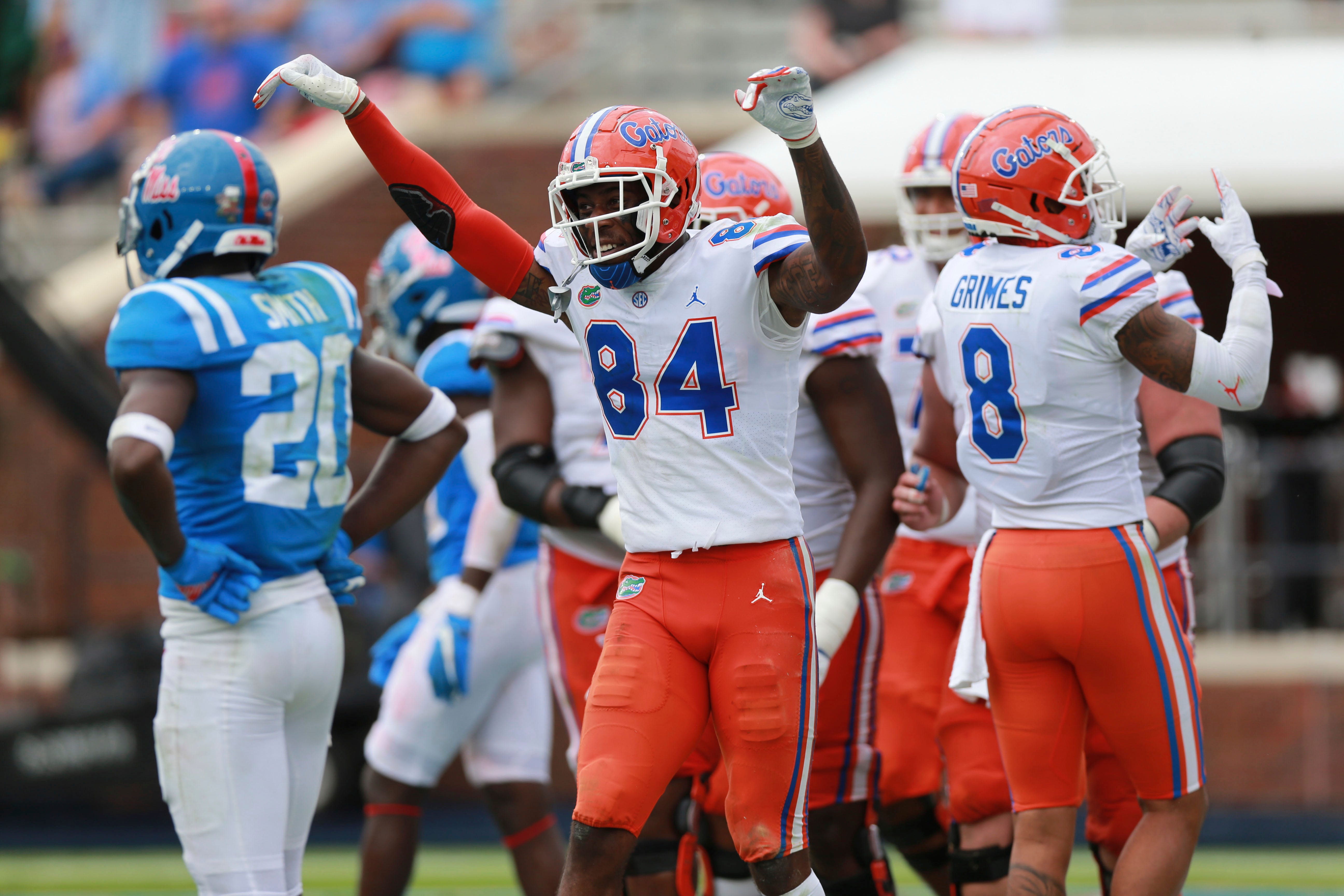 Well, that didn’t take long. The first week of conference play in the SEC and Big 12 produced several upsets and a few more close calls that caused considerable shuffling in the Amway Coaches Poll.

The changes didn’t reach the top, however, as Clemson easily retains the No. 1 ranking. The Tigers, who had the week off, received 42 of 48 first-place votes. No. 2 Alabama also held its spots. The Crimson Tide opened with an impressive win at Missouri and claimed four first-place nods this week.

After that, things look different thanks to stunning losses by Oklahoma and LSU. Florida vaults to the No. 3 spot. The Gators, who won a track meet at Ole Miss, leapfrog No. 4 Georgia, who overcame a sluggish start to eventually pull away from Arkansas. Notre Dame rounds out the top five.

WEEK 4 TAKEAWAYS: The Big 12 is in big trouble and other observations

No. 6 Ohio State continues to lead the contingent for the Big Ten, which is still a few weeks away from taking the field. The Buckeyes did retain a pair of first-place votes. Auburn, a winner against Kentucky, follows at No. 7. Miami (Fla.) makes a significant jump to No. 8 after a beatdown of struggling rival Florida State. Texas, which rallied late to narrowly escape Texas Tech, checks in at No. 9 with Penn State rounding out the top 10.

As for the upset victims, Oklahoma tumbles all the way to No. 16 after the defeat at the hands of Kansas State. LSU falls to No. 17, while its conqueror, Mississippi State, debuts in the poll at No. 14.