The Kremlin today launched a propaganda offensive against Alexei Navalny as it broadcast footage of him in jail and dispatched a former spy turned RT reporter to expose his ‘lies.’

The CCTV footage purports to show Navalny, his head shaven, walking around with a cup of tea and ‘arguing’ with a guard at Pokrov penitentiary on March 26.

It comes after the 44-year-old went on hunger strike this week, claiming that guards were depriving him of sleep by waking him during the night and that he had been refused a doctor’s visit for acute back and leg pain.

Navalny’s allies said their chosen doctor had not been able to visit him on Thursday.

Instead, they said, Maria Butina, a Russian state TV talk show host who earlier spent time in jail in the United States as a foreign agent, turned up with a camera crew.

His team’s Twitter account said: ‘Instead of a doctor, Butina, a wretched propagandist from RT channel, arrived today accompanied by video cameras.’

It said that she was berating Navalny and telling him that ‘this is the best and most comfortable prison’ in Russia. 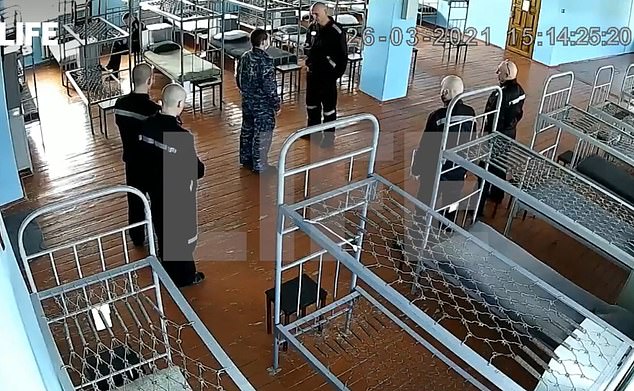 Pro-Kremlin media said the footage shows Alexei Navalny, 44, arguing with a prison guard as other inmates stand around them. Comes after claims by Navalny that he has gone on hunger strike after being refused medical treatment for acute pain 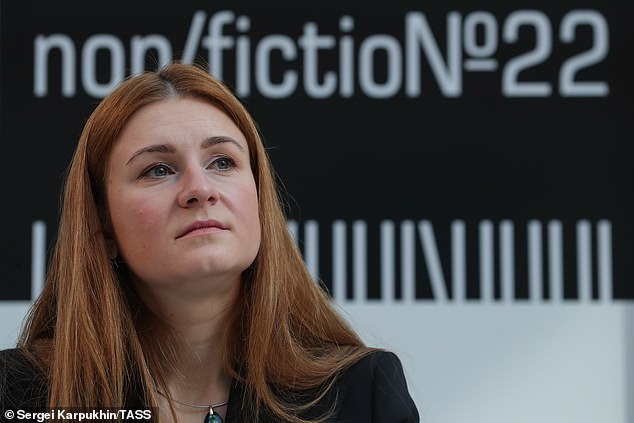 Former spy Marina Butina who is now working for the state-backed RT news channel, a propaganda outlet for the Kremlin 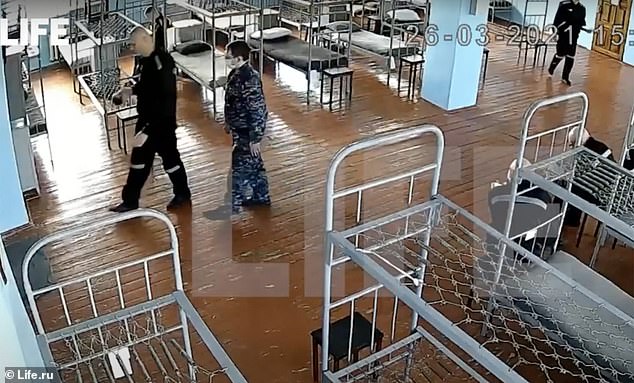 In response, Navalny ‘told her off in front of a line of prisoners for 15 minutes, calling her a parasite and servant of the thieves in power,’ his allies said on Twitter.

Alexei Barinov, a doctor, told Reuters early on Thursday that Navalny’s lawyers had asked him to treat Navalny and that they had asked the prison service either to allow him into the prison or to let Navalny out to a clinic.

Maria Butina, the gun-loving Russian spy jailed in the US after trying to infiltrate the Republican Party and the NRA

Maria Butina, 32, was deported from the U.S. in October 2019 after pleading guilty to one count of conspiring to act as an agent for Russia by infiltrating the National Rifle Association  by infiltrating a gun rights group and influencing conservative activists and Republicans.

After serving most of an 18-month sentence she was returned to Moscow with fanfare where officials branded the charges against her ludicrous and claimed she had been forced to confess.

‘We’re waiting for a decision from the FSIN (prison service),’ he said

The CCTV footage of him walking around inside was broadcast by pro-Kremlin Life media, and, if genuine, could only have been released with top-level clearance.

The report claimed that Navalny has projected an image of himself as a ‘martyr’ but the footage shows his condition is ‘very different from what he complains about’.

The propaganda outlet said: ‘Views of the video from the penal colony – and conversations with informed interlocutors – convince us that Alexei Navalny is not a sick sufferer for the democratic faith, but an impudent simulator who also managed to pick up the habits of thieves.’

The video, it claims, shows the convict walking around the Pokrov penitentiary ‘with a sedate, confident gait and a cup of tea in his hands.’

On the same day he had posted on social media that it was ‘hard and painful to get out of bed’ and that could not feel his right leg, said Life.

Judging by the video, ‘he feels neither remorse nor fear that his lies may be exposed.’

His pose ‘with his hand in his pocket’ shows him not as a ‘persecuted opposition leader’ as portrayed in the West but his feeling of ‘superiority to the uniformed guard’ and other inmates.

Navalny is seen in a vast cell which Life says currently houses 16 inmates, and has many empty bunk beds.

Leaked details from his prison show he had received six reprimands by 29 March, said Life.

The leak appeared to be a hit back against Western leaders’ pressure on Vladimir Putin to release him. 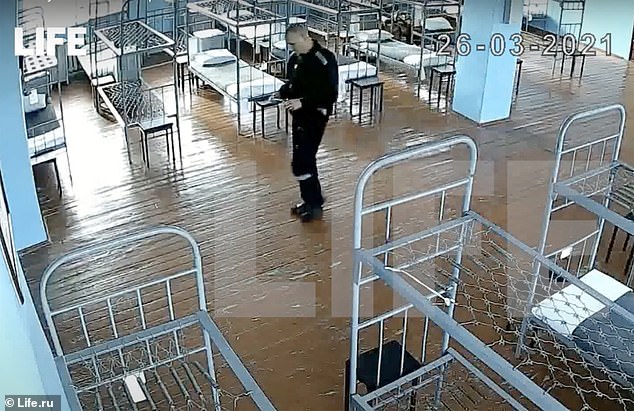 Life alleges that cell mates are receiving money assumed to be from Navalny supporters – or the West – as a way of making them act as his ‘servants’ in the colony in Vladimir region.

‘He underwent an MRI examination, which did not reveal anything serious for his age,’ claimed Life.

‘However, he still continues to complain on social networks about his poor health and, on this basis, demands new concessions from the colony’s administration.

‘For example, as a special medical dispensation he wanted – and received – a gymnastics or yoga mat.’ 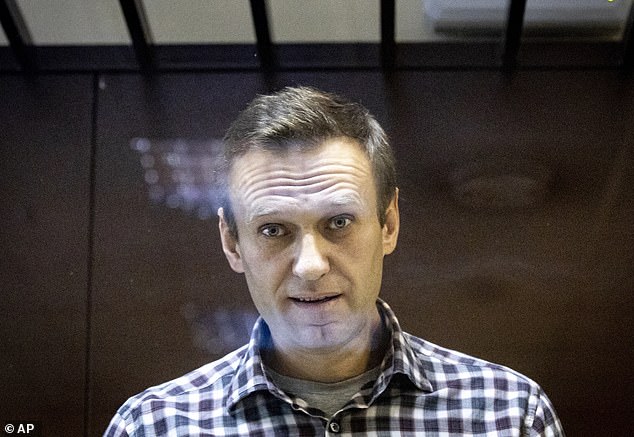 Alexei Navalny and his wife Yulia, the couple have two children together

He was given a special bed and ear plugs, it was reported.

‘Navalny is visited by lawyers every day,’ said the report.

‘And such meetings can last up to four hours, with each of his four lawyers.’

A day earlier, Navalny complained about a prison visit by state sponsored RT channel present Maria Butina, who earlier spent time in jail in the United States as a foreign agent.

Navalny branded her ‘a parasite and servant of the thieves in power’ in the Kremlin.

The opposition leader claims his jailing is a political vendetta by Putin.

Watch .. the new owner of the late pop star Michael Jackson’s “Neverland” farm, and what does it look like?

A Nigerian influencer who amassed millions of Instagram followers posting images of his luxury lifestyle and...