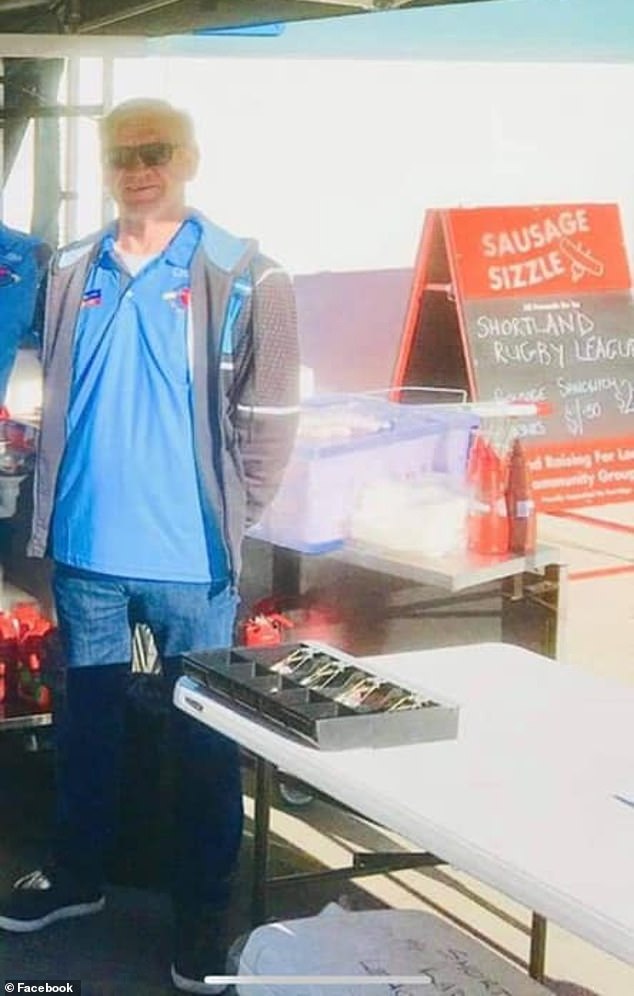 A popular volunteer at a regional rugby league club had been out walking his dog and stopped to buy a kebab when he was allegedly stabbed to death, police say.

Robert ‘Bobby’ Palmer, 54, who devoted 40 years to the Shortland Devils Rugby League Football Club in Newcastle, NSW, was allegedly stabbed to death by a knife-wielding thief half his age as he took his dog for an evening walk on Saturday.

Mr Palmer had stopped for a kebab at the Metro service station on Sandgate Road, Shortland, just after 8pm, when he happened upon Zack Mavin, 24, approaching the entrance.

The young man had allegedly just run away empty handed from trying to rob another service station up the road, police said.

Bobby Palmer, 54, (pictured) devoted much of his time to helping the Shortland Devils Rugby League Football Club in Shortland, Newcastle 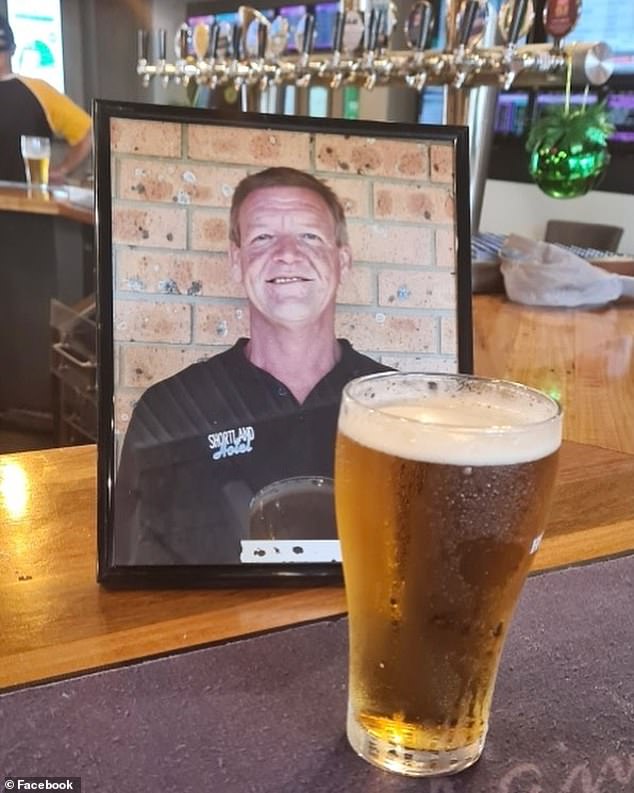 The Shortland Hotel paid tribute to their ‘favourite larrikin’, much-loved patron Bobby Palmer on Sunday. ‘His witty sense of humour will be missed,’ the pub wrote on Sunday

Mavin allegedly threatened employees at a 711 service station while armed with a knife before fleeing south towards the Metro on Saturday night.

Mr Palmer – ever the Good Samaritan – immediately challenged the young man, who he had never met. 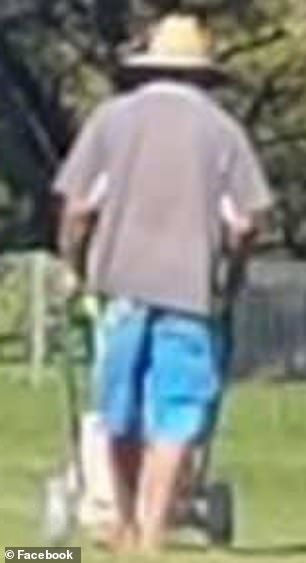 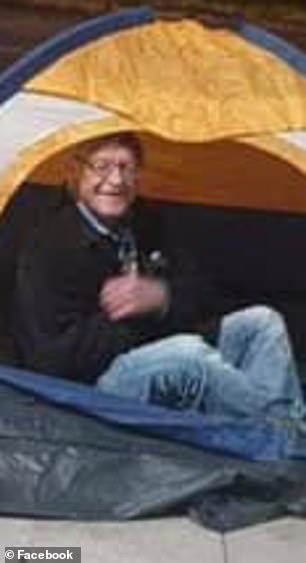 Bobby Palmer mowing the football field for the Shortland Devils (left) with a push-mower after the club’s ride-on was stolen. Right: pictured camping out in the city 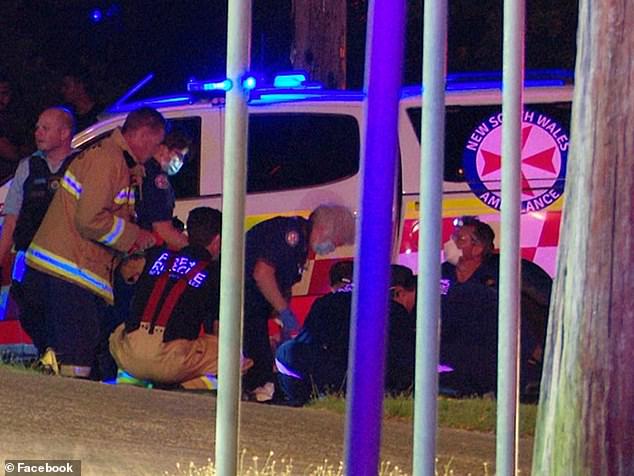 Paramedics tried desperately to save him but he died at the scene.

Mavin allegedly fled to a house on Sandgate Road where police tried to arrest him.

Police said on Sunday that he resisted arrest and they had to taser him before taking him to Newcastle Police Station for questioning.

Mavin was charged with murder and was held in custody to appear in Newcastle Local Court on Sunday, Police said. 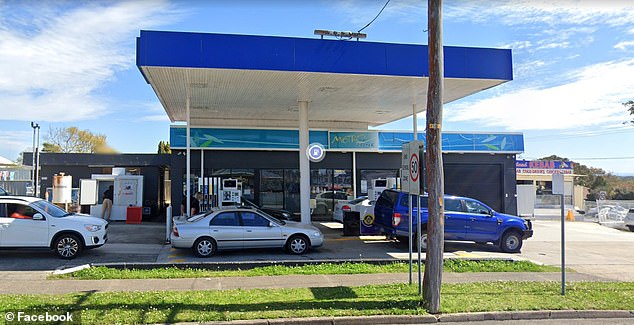 The Metro service station on Sandgate Road, Shortland, where the alleged stabbing occurred 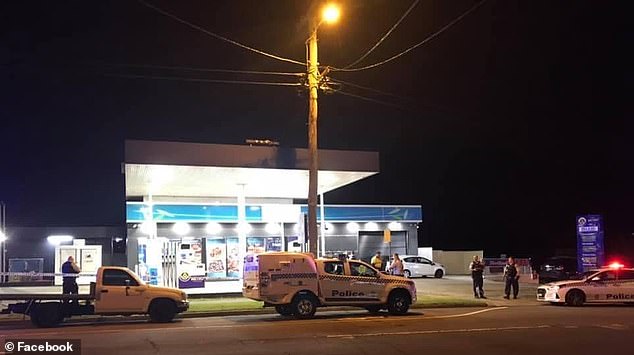 Police set up crime scenes at both service stations on Sandgate Road as well as the house where Mavin was arrested on Saturday.

As word spread through tight-knit Shortland, hundreds of shocked friends, family and community members took to social media to pour out their grief over the sudden death of the treasured local man.

‘Bob was a true gentleman,never had a bad word to say about anyone and was a good mate of mine, you will be sadly missed. RIP mate,’ wrote one man.

‘RIP Bob. Taken too soon. As all who knew or came across Bob. Know him as a all round top bloke and gentleman. Don’t even recall a time when I seen him angry at anyone,’ wrote another.

‘I’m a Newcastle lady but lived in Birmingham gardens many years ago. I remember this jolly man, fun person to talk to & always 1st to do a good deed,’ wrote one woman.

Another man wrote of how he had lived up the road from Mr Palmer and had known him for his whole life.

‘He would take the shirt off his back to help anyone,’ the man wrote.

The Shortland Devils RLFC posted a message of condolence to FaceBook to tell its members of the loss of the ‘club legend’.

‘Bobby was taken from us too soon, and will be terribly missed,’ the club wrote. 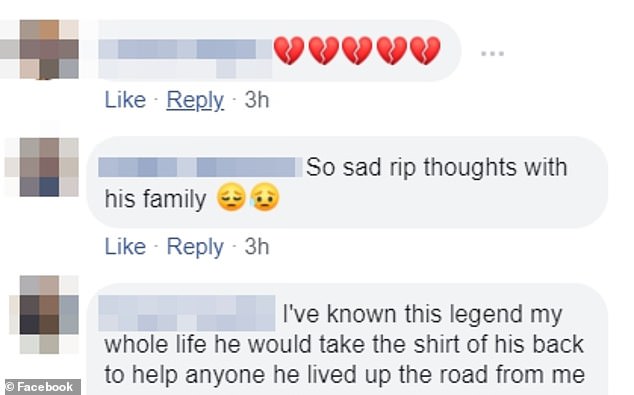 Hundreds of messages of grief, shock and loss poured out on social media after word spread 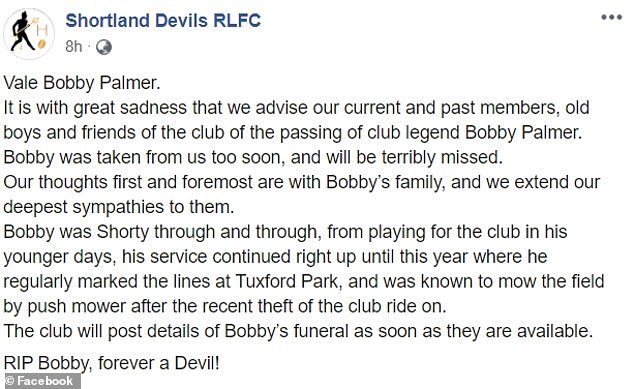 ‘Bobby was Shorty through and through, from playing for the club in his younger days, his service continued right up until this year where he regularly marked the lines at Tuxford Park, and was known to mow the field by push mower after the recent theft of the club ride on.’

The club said it plans to celebrate his life next year, possibly with a plaque to commemorate his life.

Mr Palmer was also a much-loved regular at The Shortland Hotel, affectionately known as ‘The Shorty’.

The pub paid tribute to Bob on Sunday calling him their ‘favourite larrikin’ in a post on FaceBook.

‘Everyone here at The Shorty are deeply saddened at the loss of one of our favourite larrikins Bobby. His witty sense of humour will be missed by both the staff and our patrons.  Our thoughts are with his family at this time,’ the pub wrote.

Local MP Sonia Hornery also posted a message of remembrance to her FaceBook page, paying tribute to a man who had given so much to the local community.

Mavin appeared at Newcastle Local Court on Sunday where he was refused bail despite offering through his solicitor to live in Birmingham Gardens with his mother under house arrest and report to police daily.

The Daily Telegraph reported Mavin appeared in court with black spray paint on his face, hands and legs.

Police prosecutor Joergen Drabe told the court that Mavin’s first alleged robbery attempt ‘was a chemical attack as a threat’.

Mavin is scheduled to appear in Newcastle Local Court again on Monday.

Lebanon .. The Supreme Defense Council declares a state of emergency