Former reality TV star and Penthouse cover girl Suzi Taylor was urged to wear something tight and black with high heels for a late-night hook up with a stranger at an inner-city Brisbane apartment.

The night would allegedly end with a man tied up and held against his will, with the former Block contestant and co-accused Ali Ebrahimi charged with extortion, deprivation of liberty and assault.

Taylor and Ebrahimi have both pleaded not guilty before a jury trial in the Brisbane District Court set down for four days.

The 50-year-old, whose real name is Suellen Jan Taylor, was posing as an escort called Katie when she agreed to meet with David John Butler through the raunchy website Scarlet Blue in the early hours of October 30, 2019. 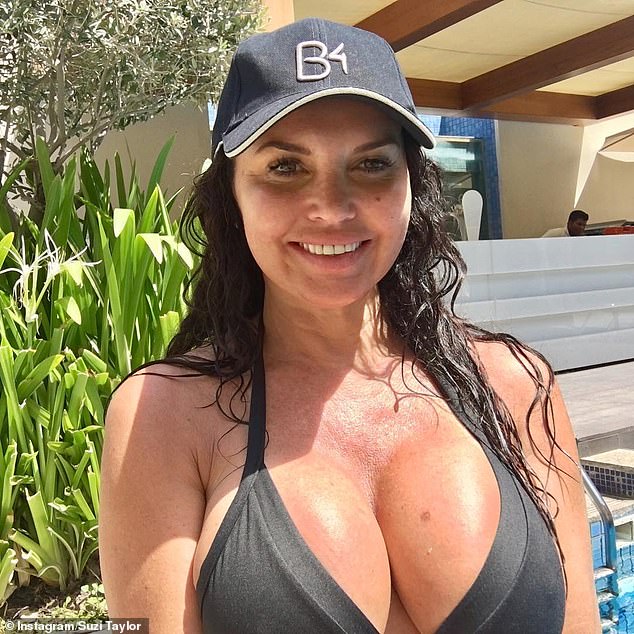 Former Block contestant Suzi Taylor (pictured), whose real name is Suellen Jan Taylor, and co-accused Ali Ebrahimi are on trial in the Brisbane District Court, charged with extortion, deprivation of liberty and assault. They have both pleaded not guilty

They agreed to a sum of $250 for half an hour of Katie’s time, and the hospitality worker texted Katie directly, urging her to dress sexy.

‘Babe, can you wear something tight and black with stockings and high heels x. I’m calling an Uber now. Babe xx,’ he wrote in messages shown in court on Thursday.

Mr Butler told the court he did not know who Katie was – he only saw pictures of her body, not her face, on the website.

He arrived at the New Farm apartment with a bottle of champagne and red wine, and the pair relaxed over drinks.

Mr Butler said it was obvious Taylor had been drinking long before he arrived.

‘She was intoxicated. She was dancing around – sloppy behaviour. Not walking properly and slurred speech,’ he told the court. 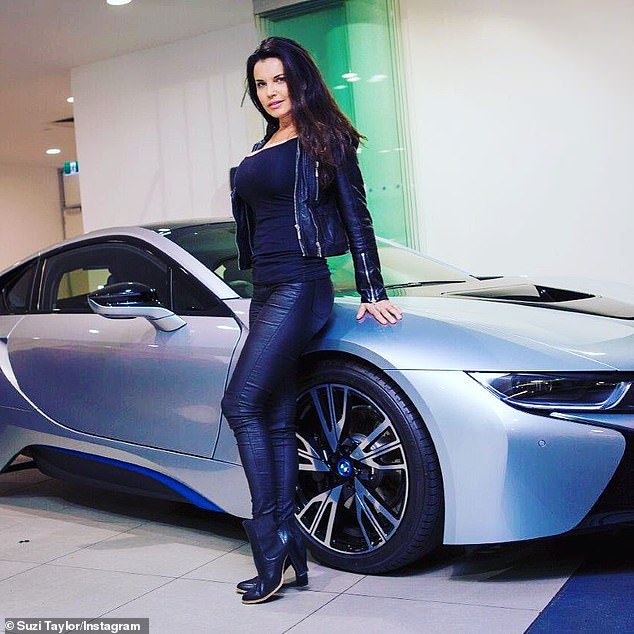 The court heard Taylor was posing as an escort called Katie when she agreed to meet with David John Butler through the raunchy website Scarlet Blue on October 30, 2019

Taylor was constantly on her phone as the 30 minutes they agreed became an hour, then two and Taylor started getting text messages from co-accused Ebrahimi.

‘It’s been thirty minutes, confirm. Get paid if you haven’t,’ Ebrahimi wrote to Taylor the court heard.

Ebrahimi became increasingly irate, ‘he needs to pay, f*** this’ and then ‘three hours, stay on top of the payments. Business is not being too nice, honey.’

Taylor invited Mr Butler into her bedroom, Fleetwood Mac playing in the background, and they kissed as she took off her top.

He claims it was then she said: ‘If you want this to continue and go any further, you have to give me some money.’

Even though Mr Butler had the $250 they agreed in his wallet, he refused to pay, and an angry Taylor called out: ‘Ali, he’s got no money.’

Ebrahimi allegedly stormed into the bedroom, grabbed Mr Butler by the throat and started to hit him as he dragged him from the room.

Taylor and Ebrahimi allegedly demanded money, attacking Mr Butler when he to refused to pay. 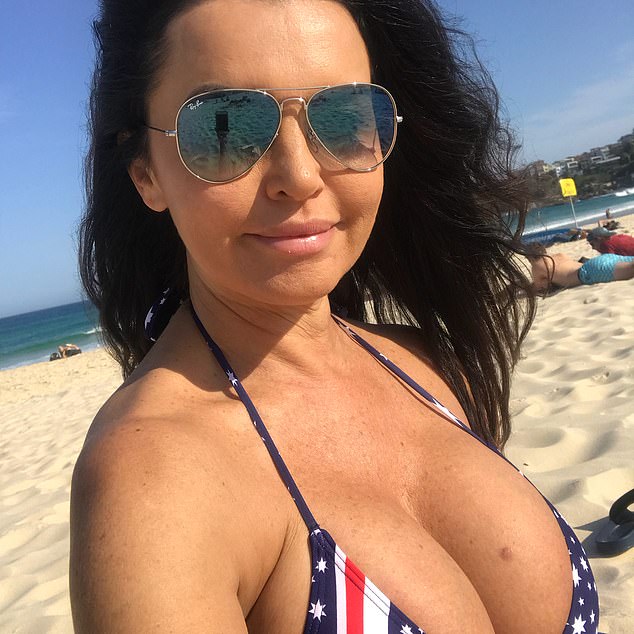 ‘I tried to get away. He (Ebrahimi) grabbed me by the throat and dragged me to the kitchen,’ Mr Butler said.

‘When I started resisting, he starting punching and kicking me. He grabbed a cord and started to tie me up.’

Mr Butler’s hands were fastened tightly behind his back, and he claimed to have been repeatedly assaulted by Taylor and Ebrahimi over several hours.

They allegedly took his wallet and phone, demanding access to bank accounts to transfer cash to their accounts.

‘He said he was going to kill me,’ Mr Butler said.

He heard the pair say they had transferred the money – $950 – and he was held in the unit for several hours while the transaction was pending.