Former Daily Mail editor Paul Dacre has pulled out of the race to be next chairman of media regulator Ofcom and launched a blistering attack on the civil servants he accuses of blocking his appointment.

In a letter to the Times, Mr Dacre said he had been rejected by an interview panel because of his ‘strong convictions’ and has taken the decision not to re-apply for the job despite the appointment process being re-opened by Boris Johnson.

Mr Dacre said he would instead take up an ‘exciting new job in the private sector’ and attacked senior Whitehall figures’ determination to exclude anyone with right-of-centre ‘convictions’.

He called his encounters with senior civil servants an ‘infelicitous dalliance with the Blob’.

He wrote: ‘To anyone from the private sector, who, God forbid, has convictions, and is thinking of applying for a public appointment, I say the following: The civil service will control (and leak) everything.

‘The process could take a year in which your life will be put on hold; and if you are possessed of an independent mind and are unassociated with the liberal/left, you will have more chance of winning the lottery than getting the job.’

Mr Dacre also made reference to Sarah Healey, the permanent secretary at the Department for Digital, Culture, Media & Sport who notoriously said working from home allowed her to spend more time on her expensive Peloton exercise bike.

He wrote : ‘I’m taking up an exciting new job in the private sector that, in a climate that is increasingly hostile to business, struggles to create the wealth to pay for all those senior civil servants working from home so they can spend more time exercising on their Peloton bikes and polishing their political correctness, safe in the knowledge that it is they, not elected politicians, who really run this country.’ 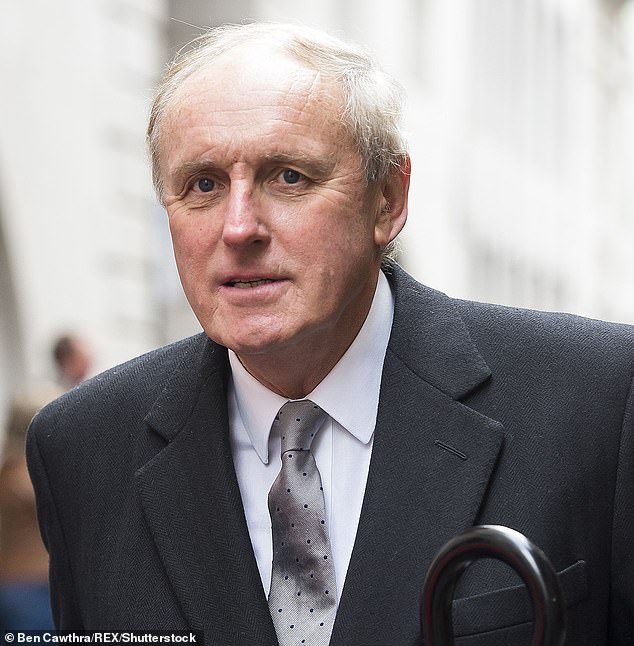 Mr Dacre also praised the BBC as a ‘great, civilising force’ that he would ‘die in a ditch for’.

He added the Corporation would need to be ‘saved from both itself and the frighteningly well-resourced streaming giants’ in the future.

‘I wish Ofcom all the luck in the world as it faces the awesome challenge of trying to regulate the omnipotent, ruthless and, as we’ve learnt, amoral tech giants without damaging freedom of expression – a freedom I spent 28 years as an editor fighting for both publicly and privately with ministers.’

‘Whether Ofcom, whose Chief Executive is a brilliant career civil servant, latterly at the Ministry of Housing, has the wherewithal to deal with such issues, is a different kettle of fish,’ he wrote.

By James Gant for MailOnline

Paul Dacre was the editor of the Daily Mail for 26 years.

The journalist was educated at University College School in Hampstead, north London, before studying at Leeds University.

He had a taste for news from a young age, having edited his school magazine and university student paper.

After leaving Leeds he worked for the Daily Express as a reporter but joined the Daily Mail a decade later in 1980.

He spent a year editing the London Evening Standard before taking up the mantle at the Mail in 1992.

He became well known for his campaigning headlines such as ‘Murderers’ in 1997, where he accused five men of killing Stephen Lawrence.

Mr Dacre also received widespread praise for his role in stopping Gary McKinnon being extradited to the US for hacking into Pentagon computers.

He was personally thanked by the 46-year-old Asperger’s sufferer’s mother for ‘standing up for Gary non-stop for years’.

Ahead of his potential role as chairman of Ofcom, Mr Dacre was formerly a member of the Press Complaints Commission and chairman of the Editors’ Code of Practice Committee.

This year, Mr Dacre will lift the lid on his time at the Mail in a three-part Channel 4 programme called The World According to Paul Dacre.

5 Basic pieces that you must have in your wardrobe during the winter of 2022. The knitwear dress is the most prominent

Jenny Harrington sees a 40% upside in this airline stock

Jenny Harrington sees a 40% upside in this airline stock