Dean Headley’s life in cricket makes for a rich tapestry: the third generation of Test cricketer in his family, an intermittent scourge of Australians, and the England player representative during negotiations for the first batch of central contracts.

That, however, only touches the surface of Headley’s experiences across his 50 years, the past 20 of which have been spent away from a first-class game he was forced to quit prematurely due to a chronic back problem.

Half of that time was spent as development director of a regional newspaper group. Since 2010 he has indulged his passion for coaching as director of cricket at Stamford Endowed Schools in Lincolnshire. Rewarding but both challenging gigs. 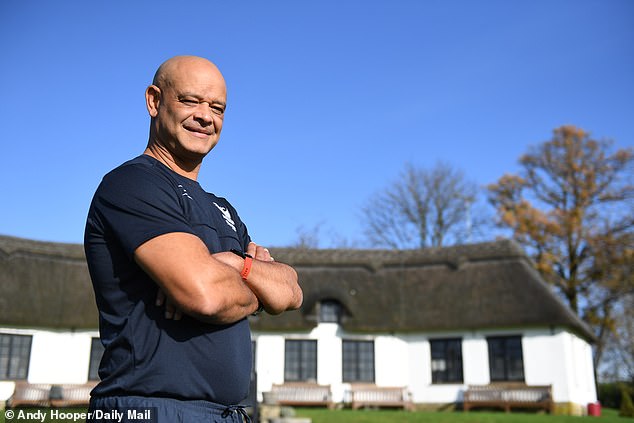 Now, a man whose sporting heritage as grandson of one of the greats in West Indies’ George Headley connects him to the past and whose understanding of the challenges faced by young players of the Twenty20 age has rooted him in the present, appears well suited for a return to the professional ranks.

The ECB clearly agree after awarding him one of their new BAME bursaries to enrol on the specialist two-year, level 4 coaching course starting this month. It costs £5,400, with the governing body covering 25-90 per cent of the cost on a case-by-case basis.

One of his specialisms will be the head coach module; some of the skillset for the role has already been acquired through his time in education.

‘At school, we come across all sorts of cricketers — enthusiastic ones, really good ones, those who need a bit of cajoling and coaching kids from the ages of five to 18 means you’re not just coaching cricket, you’re coaching people,’ Headley tells Sportsmail. 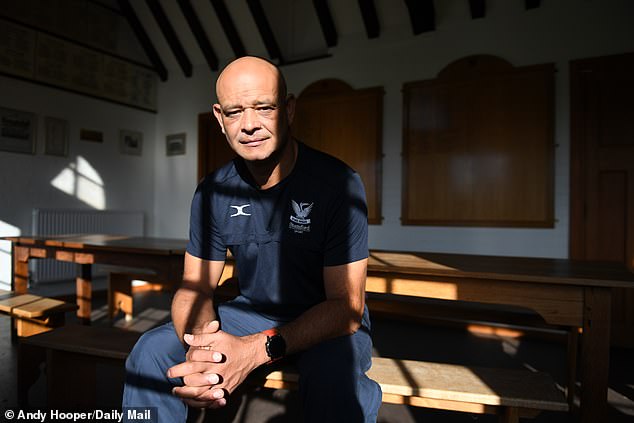 ‘There are a lot of guys who go into coaching at first-class cricket level who come straight out of playing the game. And people development is the one area they tend to miss. Yes, we all know the game. We all know that good players can bat, bowl and field.

‘But can we get the best out of them? There have actually been a lot of good coaches who have come from school environments. Look at rugby union — Graham Henry was a headmaster, Eddie Jones a deputy head, Brian Ashton.

‘We focus a lot on a player’s statistics. But do we ever take a look at his life? If someone comes in and they’re not playing very well, you can be scratching your head as to why.

‘But do we look at what is going on in his life? Is his sister ill? Has he had an argument with his missus? You have got to know your people, and if you don’t, you must take the time to.

‘Ultimately, I look at people like Sir Alex Ferguson, Pep Guardiola and all the top football coaches. They all had empathy with their players. They had something that allowed them to connect.

‘Whatever the level you are coaching at, it’s all about language, how you communicate. And as you go up in the game I would hope coaching turns into guidance. 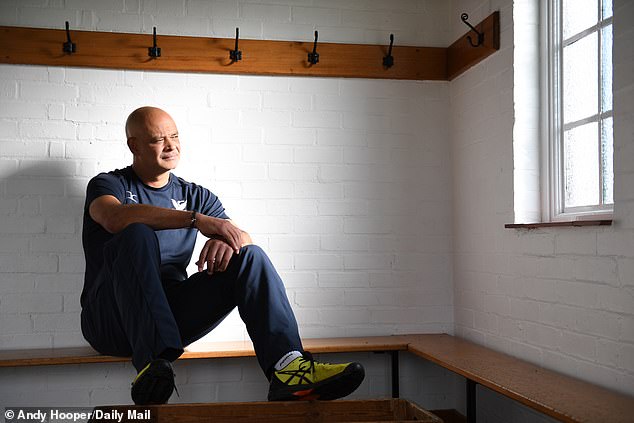 ‘For example, you don’t have to tell Ben Stokes how to hit the ball along the floor because he knows already. He might just need a reminder that the ball needs to be closer to him at strike point.

‘There will be times someone like him will need reminding just how unbelievable a player he is. Going back to my era, we didn’t really build on confidence like that, we built on fear.’

Cricket runs through his veins. A statue of his grandfather adorns the streets of Kingston, Jamaica; father Ron, also a West Indies batsman, took his son along to Birmingham League matches after an end-of-career county stint as a one-day specialist with Derbyshire concluded in 1976.

But it is Headley’s own playing days that have shaped his outlook on the sport. Particularly, his exit. ‘When I came out of the first-class game, I ran,’ he says. ‘It was a self-defence mechanism. I didn’t recognise that at the time but I didn’t go to a cricket ground for four years.

‘As a sportsman, you can’t show weakness. Any sort of weakness is poor, so when I retired, it was like I had to show that I didn’t need cricket.’

However, a fast bowler whose burgeoning international career — 35 of a collection of 60 Test wickets came against Australia — was culled on medical advice, discovered that the opposite was true when in 2005 a friend reawakened his passion with a plea to help rejuvenate the youth section of Kent League club Upchurch.

‘Experiences aren’t just the good things that happen to you. Resilience is something I’ve developed my whole life. I got sacked by Worcestershire when I was 19,’ he says. 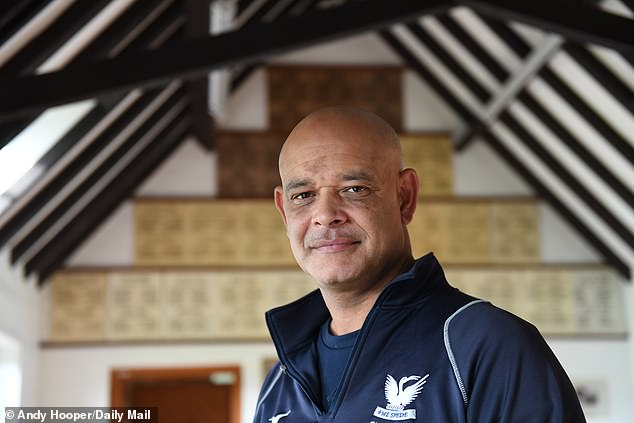 A desire to challenge himself at professional level aligns with English cricket’s drive to improve a woeful lack of diversity, as chronicled by Sportsmail during the 2020 season.

Earlier this week, Warwickshire invited diversity in applications for their first-team coach role by adopting the Rooney Rule but Surrey’s Vikram Solanki is the only British BAME coach among the 18 first-class clubs to hold such a position.

‘During my level four application, I put forward that one of my best qualities was honesty. So, they asked me: “If you are honest, why wouldn’t we employ you as a head coach in the professional game?” My answer was: “You are not brave enough”,’ Headley continues.

‘It was an open application. It wasn’t given to me. I had to go through a process and I do believe you have to be careful in not allowing positive action to become positive discrimination.

‘If you move from a situation where you feel you have ignored a minority to one in which you are only looking out for that minority you are then ignoring the majority, which can’t be a good thing either.

‘We all share the same DNA 99.9 per cent. I want the best people to get the best jobs. I couldn’t give two hoots about what background they’re from. 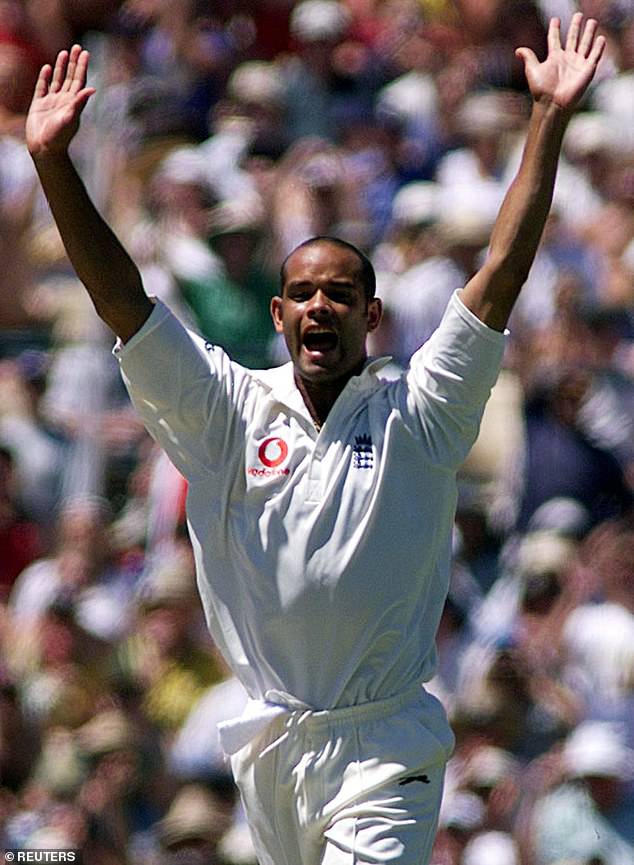 As a champion of promoting youth talent, he believes a more worrying stigma surrounds entry to the grassroots game.

He adds: ‘Everything about cricket is expensive: the shoes, the bats, pads, helmets. Therefore, we need to look at how it can be done cheaper. We have a massive snobbery in this country against softball cricket.

‘But when you look at it, where is tape-ball cricket popular? India, Pakistan, West Indies. Where isn’t it popular? New Zealand, Australia, England. Why? Because those countries are more affluent.

‘Therefore, we’ve got to start thinking of ways to keep a lot more children playing.

‘Cage football is teaching youngsters to get out of tight spaces. Would you see these ridiculous skills to skin somebody and get away from a standing start? Probably not. Necessity is the mother of invention.’

If counties show a similar level of creative thinking, Headley could be one of the beneficiaries.

Don Jr. rages at Republican '2024 hopefuls' for not publicly backing his father

Feds step up fight against robocalls

Thousands of CityBee users have their personal data leaked online

NBC reporter Brandy Zadrozny went on MSNBC Wednesday to complain about how parents who oppose critical...