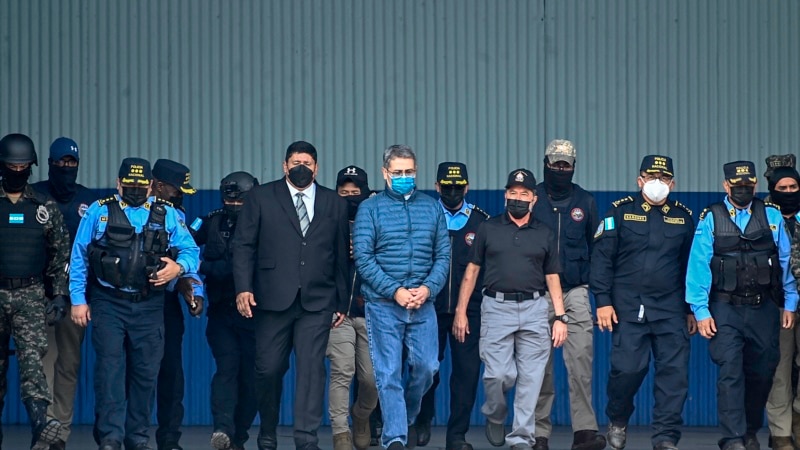 Ana García de Hernández defends the innocence of her husband, former Honduran President Juan Orlando Hernández, who made his first appearance before a US judge last Friday after his extradition to the United States.

“My husband is innocent and we are being victims of an organized crime conspiracy,” public the former first lady on her Twitter account, where in a series of posts she also stated that they trust that the US court will do justice and dismiss the charges against her husband.

According to statements made by García de Hernández to the radio HRN In Tegucigalpa, the accusations against her husband are “revenge” for having delivered major drug lords to the United States.

Hernández has been accused by several drug traffickers before US prosecutors of having received bribes from them.

The former president, 53, appeared last Friday in federal court in New York via video link, after being extradited to the US, where he is accused of helping smuggle hundreds of tons of cocaine in exchange for millions of dollars in bribes from drug traffickers.

At the first court appearance, Hernandez’s attorneys did not request bail, but said they would at a later date.

Chief Judge Stewart Aaron has set a May 10 date for Hernandez’s arraignment, when the former president is expected to say whether he will contest the charges.

Hernández, whose term as president was from 2014 to 2022, is accused of having facilitated the smuggling of some 500 tons of cocaine – mainly from Colombia and Venezuela – into the United States through Honduras since 2004, well before his presidency.

The Honduran justice issued an arrest warrant against him just three weeks after handing over the presidency to Xiomara Castro, at the request of Washington. Hernández turned himself in to police on February 15.

Sober Living Facility. What is it? How does it Work?

Sober Living Facility. What is it? How does it Work?