Ms Husar claimed people within the party leaked false allegations she exposed herself to MP Jason Clare in a ‘Sharon Stone’ move in Canberra in 2017.

After that claim and other allegations of workplace bullying were published by Buzzfeed in 2018, she announced she would not stand for re-election in 2019. 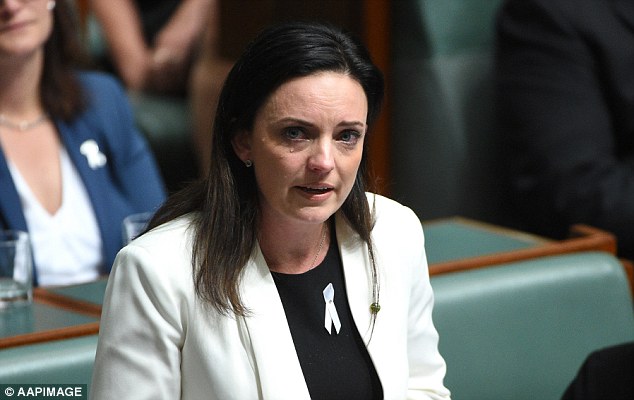 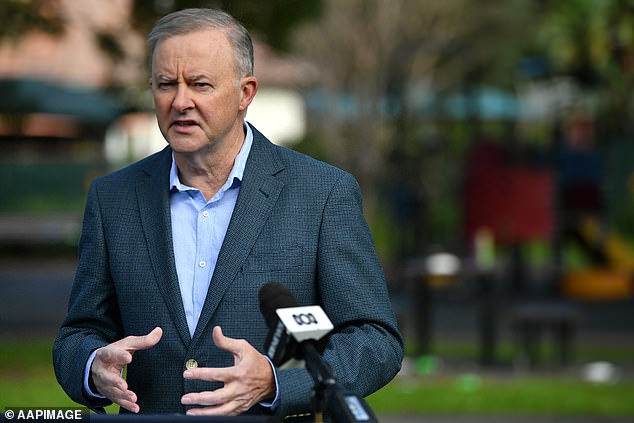 The former MP for Lindsay in Sydney’s west said she was traumatised by the incident, comparing it to the alleged rape of Brittany Higgins in Parliament House.

Ms Husar said if she did not receive an apology from Labor leader Anthony Albanese she would sue the party for sexual harassment and discrimination, the Sydney Morning Herald reported.

‘And also, to not have my sex, my gender, any of that weaponised and used against me for political gain… this is why they are reluctant to do anything because it’s a political problem. Same as in Brittany’s case.’

Buzzfeed and Ms Husar settled out of court on July 2019. The media outlet retracted the story and apologised for not seeking comment from her before publishing. 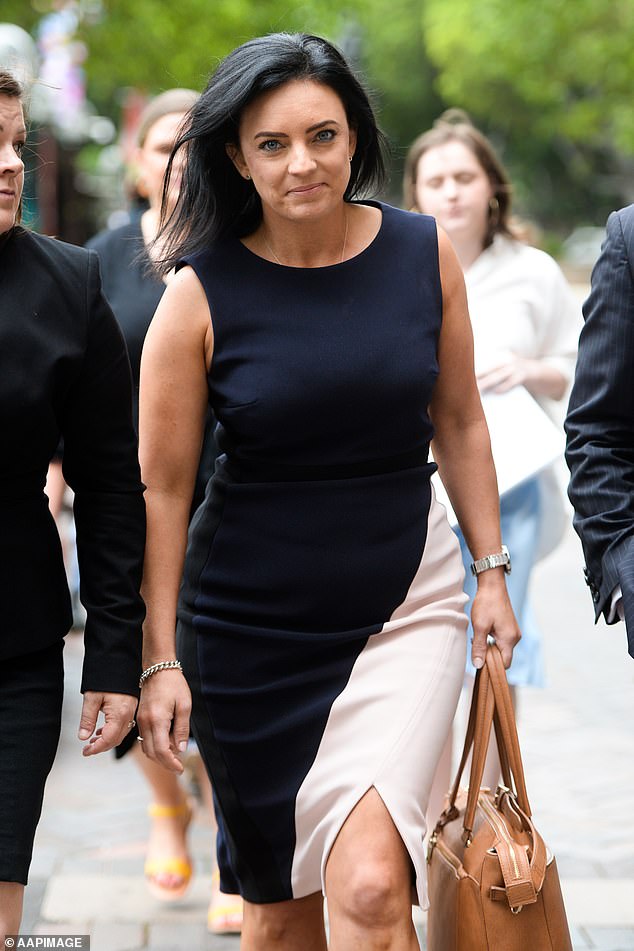 Ms Husar said when she googled the word ‘sl*t’ during the court proceedings, her own name came up.

‘Sl*t came up and then my name and my articles were next,’ she said.

‘I was being dehumanised, like people were talking and saying things about me as though I didn’t exist, as though I wasn’t someone’s mother, someone’s daughter, or someone’s friend.’

On an ABC show in 2020, Ms Husar got fired up at Nationals MP Barnaby Joyce, comparing her treatment to that of him and federal minister Alan Tudge, who both had affairs with their media advisors.

‘It is galling to watch these men continue in their jobs. In Tudge’s case he got caught with his pants down, Barnaby is the same,’ Ms Husar said on Q&A.

‘Mine was all over innuendo. There was a man that was wielding that agenda because I’d fired him.’ 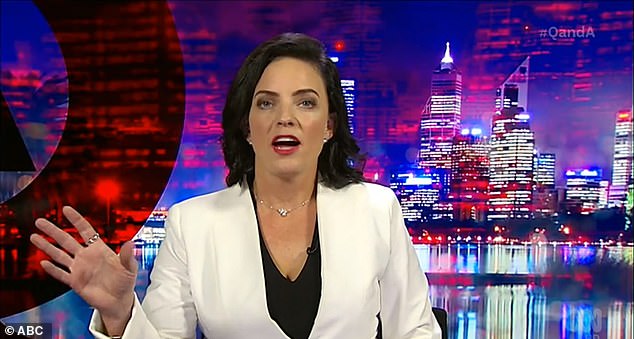 She said she was hounded out of politics and had to leave her home because of rumour and innuendo, while male politicians who had affairs got to keep their jobs

She called the Labor party’s treatment of her ‘completely unjust.’

‘I had media cameras parked out the front of my house for weeks on end while I had young children inside,’ she said.

‘I was chased across my front lawn with a camera and a mic shoved in my face, asking if I was an slut and if I was Sharon Stone.’

‘I’m disappointed with Emma pointing her invective at me. I have down nothing but support Emma in what happened to her,’ he said.

‘I completely find what they said about you from your own side appalling.’ 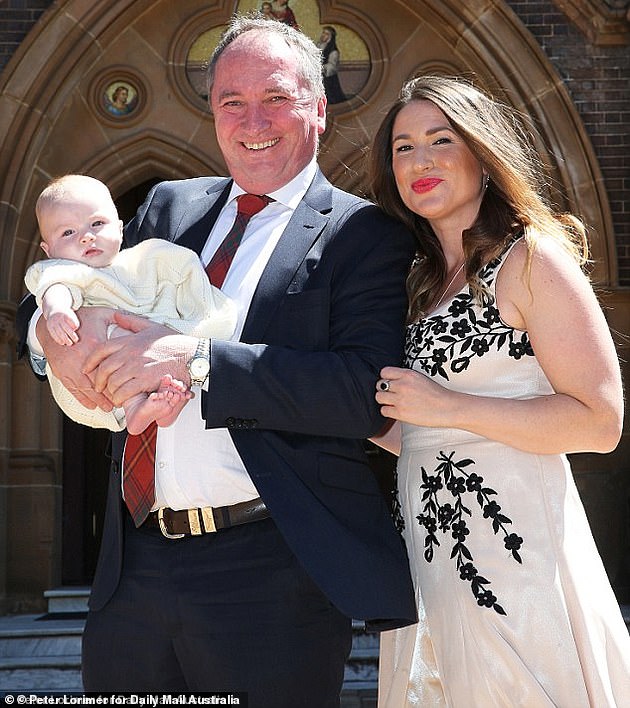 Mr Joyce (pictured with wife Vikki Campion) told Emma Husar that he accepted what he did was wrong but it wasn’t for her to judge him. ‘I never did that to you,’ he said

5 hairstyles for your child’s hair suitable for school .. “easy and does not take time”

What Awaits For The Crypto Market This Thursday 2021

Is it time to buy Baidu shares? The company signed a strategic deal with China Gas

McManaman urges Liverpool not to agree to pay £500,000 a week to Salah