A former mayoress died in ‘highly unusual’ circumstances after a caffeine overdose left her with caffeine poisoning, an inquest has heard.

Delyse Critchley, 68, was found dead in her home in Bolton, Greater Manchester on April 8 this year.

Her death comes just four months after that of her husband, Alderman Norman Critchley, who lost a long battle with prostate cancer earlier this year.

A post mortem revealed that the former mayoress, who served the Bolton area between 2009 and 2010, died from ‘caffeine toxicity’.

A caffeine overdose may occurs when someone takes in too much caffeine through drinks, food or medications. The recommended daily amount is 400 milligrams for healthy adults, the equivalent of four cups of coffee. 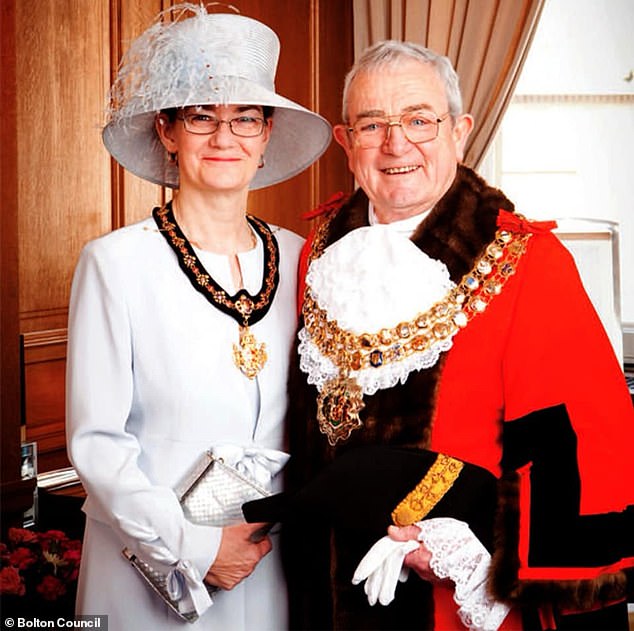 Delyse Critchley died of a caffeine overdose. Pictured with her late husband Norman when they were the Mayor and Mayoress of Bolton between 2009 and 2010

Taking in high doses of caffeine can cause major health issues including seizures and irregular heartbeat.

Bolton Coroner’s Court heard that police forced their way into Mrs Critchley’s house following reports of concern for her welfare.

Police coroner’s officer Stefan Wilson told the court: ‘She was found in her bed, she was unresponsive and she was not breathing.’

He added that medication was found at the scene.

A police investigation carried out into her death found no suspicious circumstances.

The exact circumstances surrounding her death will be revealed at a full inquest at a later date. 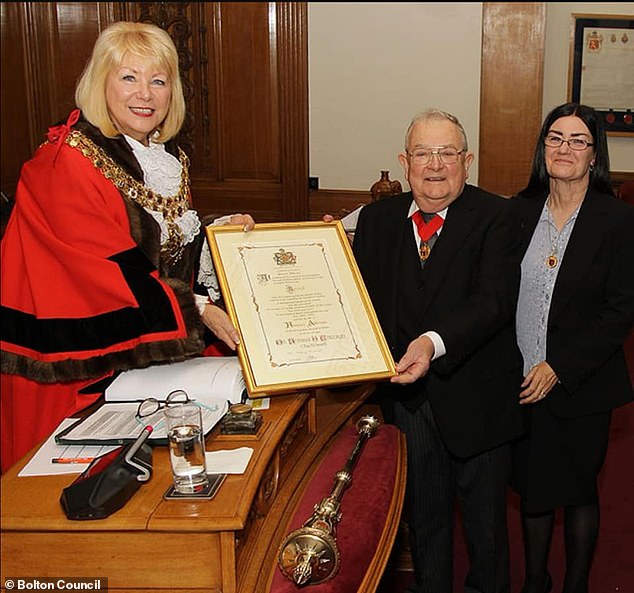 Pictured: Norman Critchley is given his alderman’s scroll as wife Delys looks on

Coroner Timothy Brennand said: ‘The cause of death is highly unusual in terms of the substance that clearly has been implicated being caffeine.’

The inquest was adjourned to a future date to allow time for further inquiries to be carried out.