An AFL player who won a premiership and was raking in $1million a year at just 21-years-old has revealed it was the ‘most miserable’ time of his life.

Tom Boyd was the toast of the Western Bulldogs in 2016 after playing a pivotal role in helping to deliver the club their first flag in half a century but gave it all up less than three years later due to severe health issues.

His decision to retire immediately in May 2019 saw him walk away from his seven-year, $7million contract that was to last until this year.

In an interview with the Herald Sun on Sunday, Boyd, now 25, told how receiving his first cheque was ‘pretty extraordinary’ – but it quickly lost its charm. 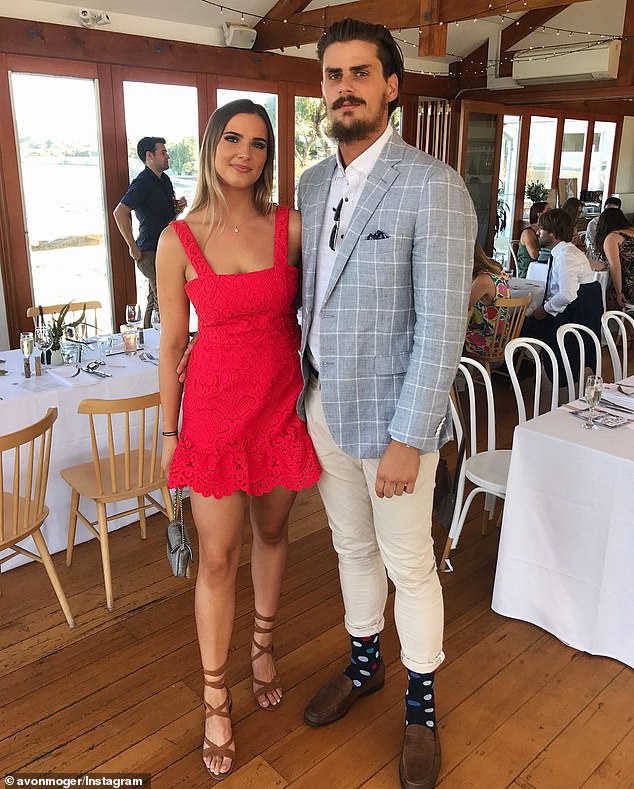 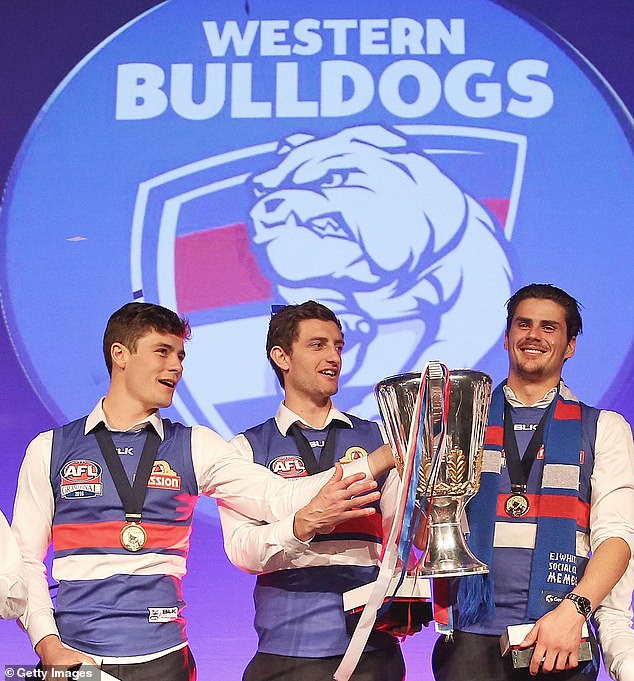 Boyd (pictured right with his Western Bulldogs teammates) dominated the 2016 AFL Grand Final, which saw the club win its first flag in in half a century

‘I will tell you one thing; having earned as much money as that, I wasn’t a happy person. I won a premiership at 21, I was getting paid a million dollars a year, and that was the most miserable couple of years of my life,’ he said.

‘Part of my decision to walk away and leave millions of dollars on the table when I retired in 2019 was the fact I knew money wasn’t going to dictate who I was and what I wanted to do with my life.’

Boyd had struggled for years with mental illness that left him unable to sleep for months and suffered physical injuries that ruined his form.

He was selected by the Greater Western Sydney Giants as the AFL’s number one draft pick in 2013 just 10 days after finishing high school but left the club a year later to join the Bulldogs in a significant trade deal.

Boyd said while there was ‘a certain element of expectation’ that accompanied the coveted draft position, he was able to deal with the pressure and attention as long as he had a close support network around him.

‘Once I arrived at AFL level, there was really no barrier between me and that expectation and pressure, which is something I didn’t handle particularly well at the time,’ he said. 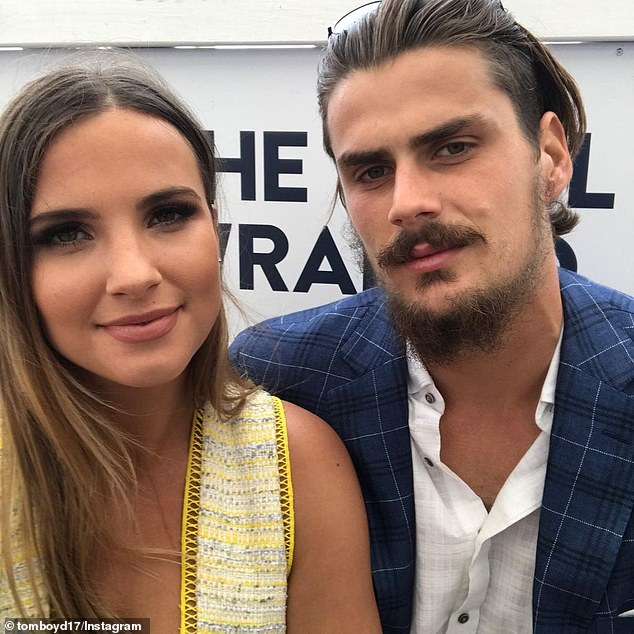 Boyd (pictured with partner Anna von Moger) left behind his professional AFL career in May 2019, when he was 23-years-old

He said he had placed a significant amount of pressure on himself as he dealt with criticism from the public, injury and his playing form.

In announcing his retirement in 2019, Boyd said: ‘My decision to retire now is a reflection of issues I’ve had over the past five years both with physical injury and with mental health’.

‘They have now accumulated to a point where I just don’t have the desire to play or the enjoyment of the game I used to have.’

Three months later he revealed how he spent about six weeks with such severe insomnia he go almost no sleep at all. 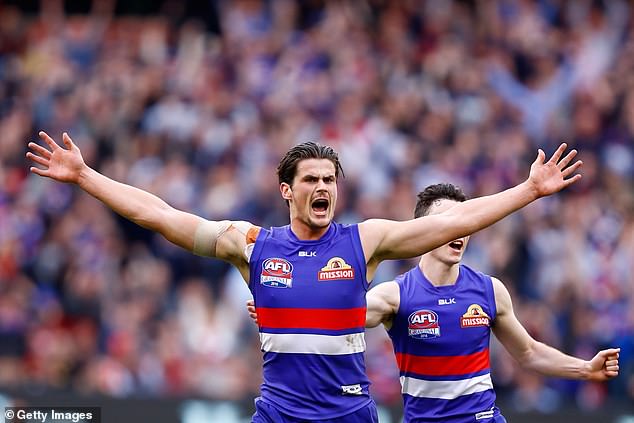 ‘I couldn’t physically operate anymore, on that lack of sleep I was getting injured, I couldn’t train, I couldn’t concentrate,’ he said.

‘I remember looking at my program in the gym, take three steps and I’d forgotten it all.’

Since leaving the AFL, Boyd has worked as an ambassador for HeadtoHelp, a mental health and wellbeing service for Victorians, completed his business degree and returned to amateur footy.